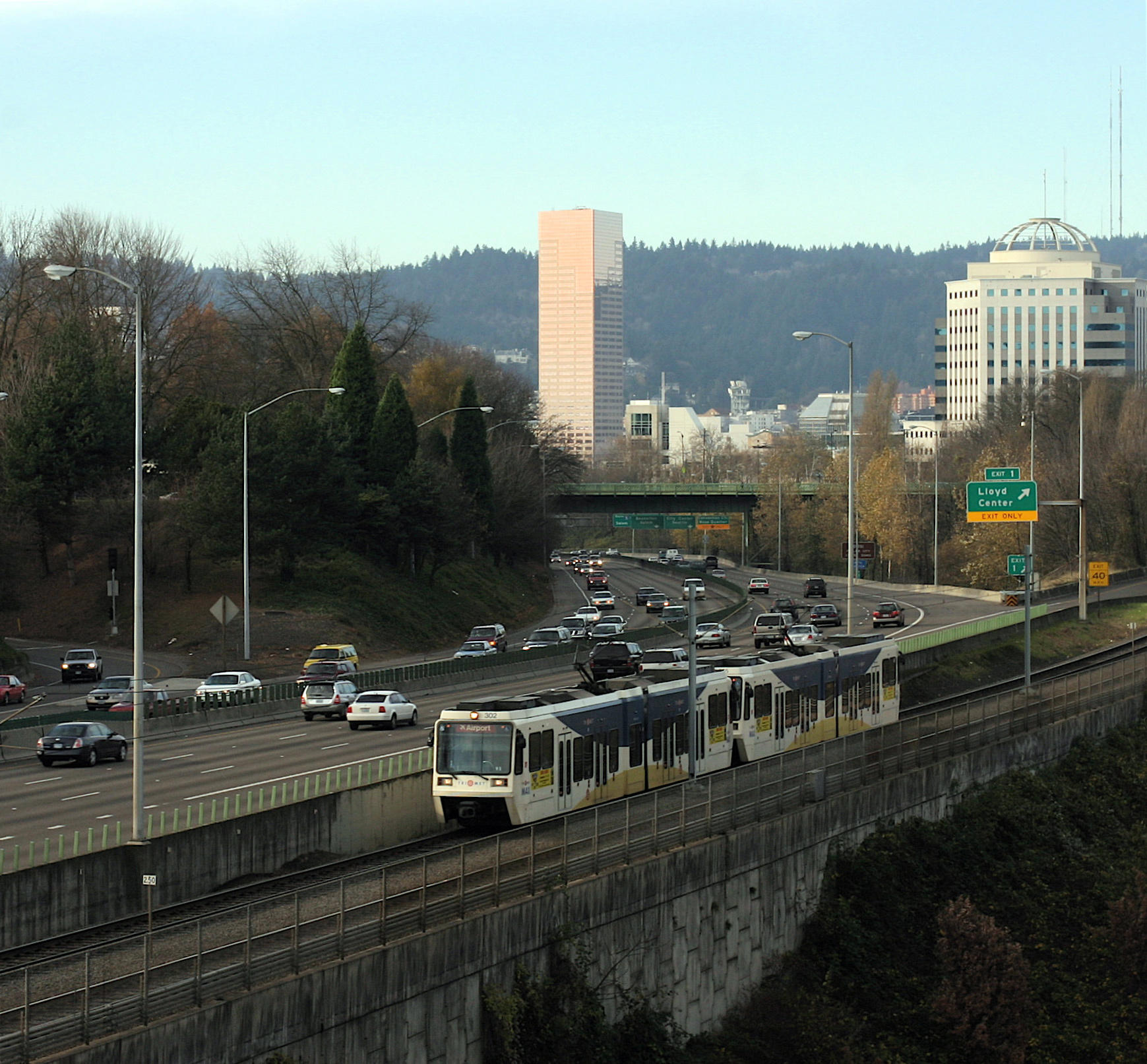 The MAX Red Line is a route in the Metropolitan Area Express system in the metropolitan area. The route, operated by , provides an to from Beaverton and .

When the Portland International Airport was suffering from heavy road traffic coming from increased passenger service, and the Port of Portland was running out of land for new parking lots, the Port approached about bringing MAX to the airport, following through on a plan that dated to highway construction in the 1970s which had left room for such a connection.

The Airport MAX project was born, but the line was delayed after a North-South light rail proposal, part of which is today's , was defeated at the polls. Instead, the Port and TriMet built the project through a Public-Private Partnership with the . Bechtel agreed to pay for a large portion of the land cost of the line in exchange for rights to the Cascades development on empty land that the Port of Portland owned near I-205 and the Airport which is now under construction.

The line opened on September 10, 2001, one day before the , which had the side effect of shutting down all air travel in the United States for several days.

Beginning in 2003, the Red Line's service was extended farther west along the existing Blue Line tracks, from downtown Portland to downtown Beaverton, to improve capacity between the Gateway area and Beaverton and also to provide a no-transfer airport connection for Westside MAX riders.