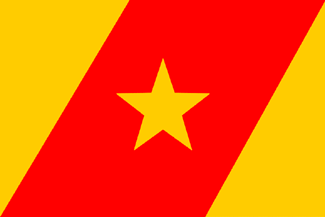 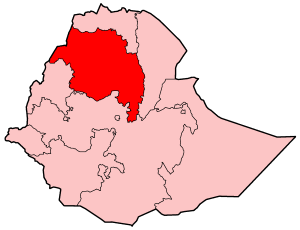 Amhara (አማራ) is one of the nine ethnic divisions ("") of , containing the homeland of the . Previously known as Region 3, its capital is .

Ethiopia's largest inland body of water, , is located in Amhara, as well as the , which includes the highest point in Ethiopia, .

During Ethiopia's imperial era, Amhara was divided into several provinces (such as , , and Lasta), most of which were ruled by native Ras or . The Amhara Region incorporated most of the former provinces of , , and in 1995.