Infobox_Film
name = The Most Beautiful 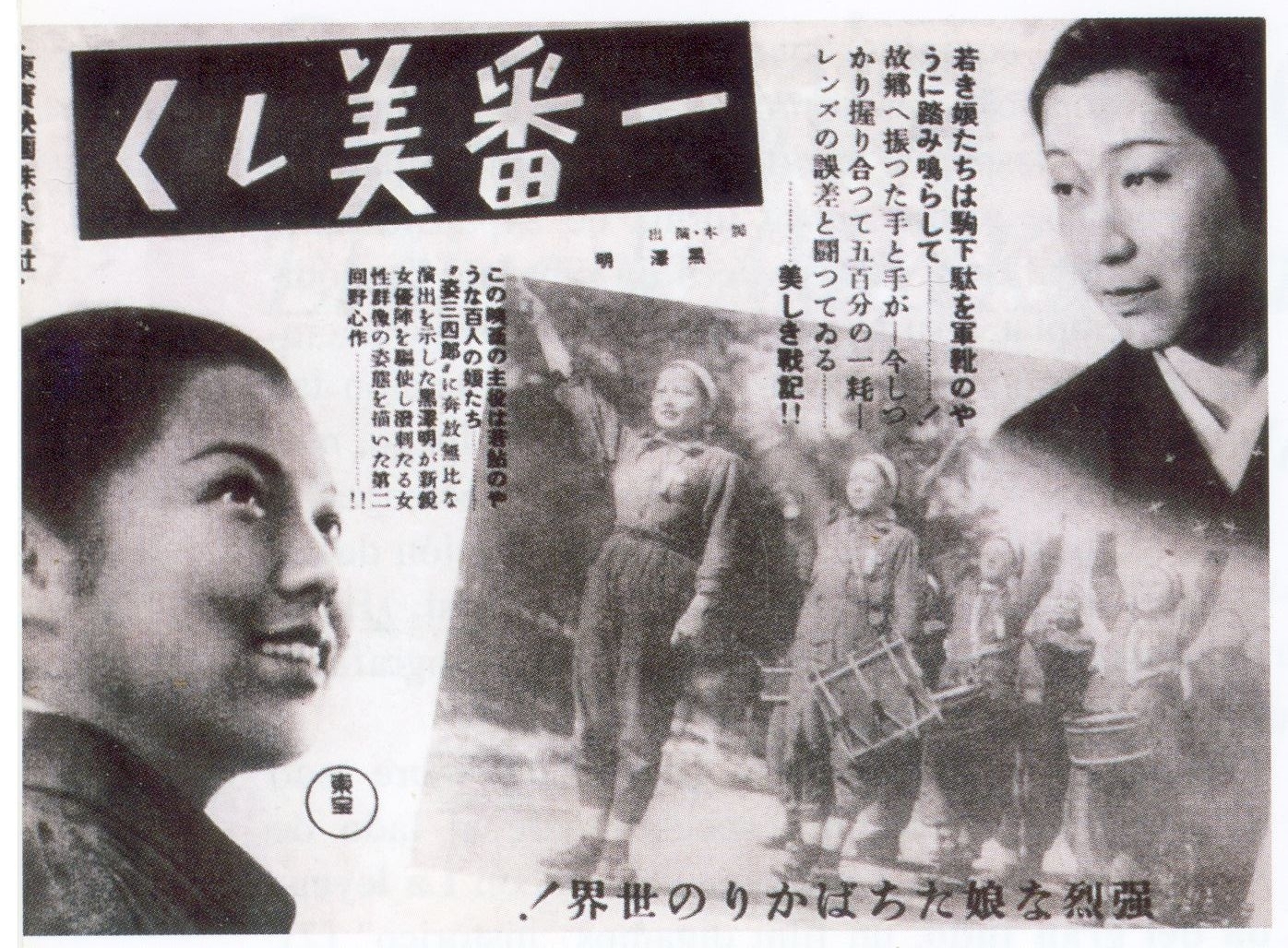 The film is set in an (a factory in prefecture and its dorm were used) during the .

It is considered by many to be a war propaganda film from wartime Who?, but it does show Kurosawa's developing talent as a director. Inexpensive copies with English subtitles are easily found online. No examples of the original movie poster exist for this film. What is shown in place of the poster are newspaper advertisements. Some of the backgrounds are valuable for showing conditions in war-time Japan. When the women complain of Japan's enemies, they list Britain ahead of America, but it was the USA that was preparing to invade. (as the group leader Watanabe), one of the leading actresses in the film, later became Kurosawa's wife.

The central struggle is to achieve very high production targets, but much of the drama centers upon workers in the dorm/factory setting hiding their illnesses to prevent being sent home to get well. It's an interesting insight into the challenges people faced inside a society that, like all countries at the time, was fully mobilized for military production. Kurosawa's story also shows Japanese management approaching the issues of quality and productivity from a scientific standpoint. It is a revealing look into management science generally and the motivating factors for the workers are not negative views of Americans and Europeans, but the desire to meet the challenges they face as individuals, workers, and citizens.

The climax of the film occurs when the leader cannot locate a lens that did not finished fine tuning, and therefore must re-check an entire production lot. As she re-checks each lens, footage of Japanese fighter pilots looking through the finished product to aim their machine guns is shown. Another high point in the drama occurs when she is urged to return home to care for her father after her mother has died. She politely refuses, explaining that her mother had urged her to continue her work at the factory before she died. The supervisors do not enforce the request of the father to have the daughter return home, which appears to be a break with tradition. Kurosawa's use of the camera to frame this scene is characteristic of his later work.