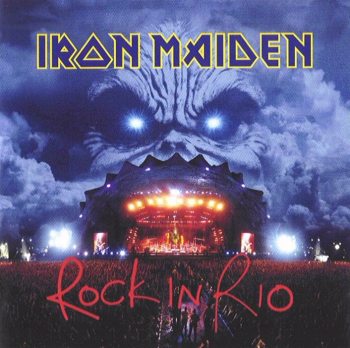 "Rock In Rio" is a live album recorded in Brazil by in 2001. Here they faced their largest ever crowd - 250,000 people - and with the relatively recent return of lead singer and guitarist to the band, they recorded their fifth live album.

It features many of their best known tracks, including studio-quality examples of the "Iron Maiden" and "Run to the Hills" coupled with some of their "comeback" tracks, including "The Wicker Man" and "Brave New World." Less popular songs were also performed, such as Bruce Dickinson's versions of the -era songs "Sign of the Cross" and "The Clansman".

A video version is also available on DVD.

All songs written by Steve Harris, except where noted.