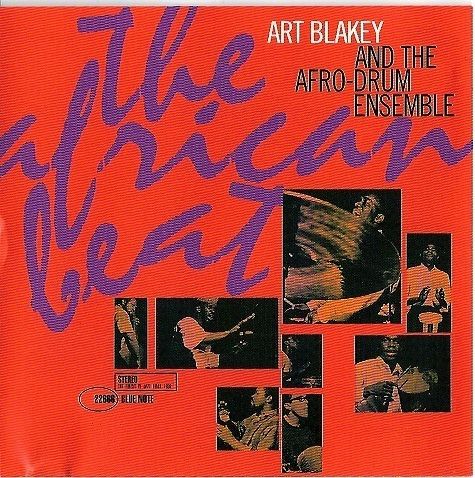 "The African Beat" is an album on . He described it as the first opportunity he had to work with drummers from ; as a blend of American with the traditional rhythms and tonal colors in the percussion of that continent. The album features compositions by African and American musicians, all based on aspects of West African (especially Nigerian) music. [. (1999). Original liner notes. In "The African Beat" [CD liner notes] . Hollywood, California: Blue Note.]