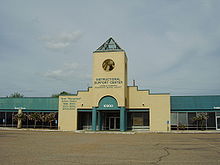 The Cypress-Fairbanks Independent School District (CFISD, often referred to as Cy-Fair) is a school district in northwest unincorporated Harris County, Texas, United States. Cy-Fair ISD is the largest 'Recognized' school district in the state of Texas with 49 out of 70 campuses receiving an Exemplary or Recognized rating by the TEA in 2008.

In 2006 Dr. Robert Sanborn, the president and CEO of the organization Children at Risk, analyzed Cypress-Fairbanks ISD. Sanborn said that most Cy-Fair ISD schools had about half of their student bodies in the "State Recommended High School Plan." Sanborn said, "In other words, these kids are taking the easy classes."[6]

In 2009 the board voted to only have school bus services for a resident who lives more than two miles from his or her school, as opposed to having service for residents living more than one mile away. Activity (late) bus service was also discontinued for most CFISD schools.[8] Edit: Bus service continued and was expanded to accommodate student mothers, delivering mothers and their children to schools and district funded daycares on campus.

In 2010, the school district was repeatedly criticized for doing little to combat the bullying of students. In one case, a middle-school student, Asher Brown, committed suicide as a result.[9] The school district said it had no indication that Brown was being bullied. The child's parents claimed they had made repeated calls to school officials.[10] 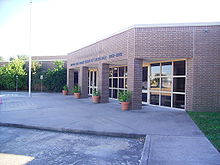 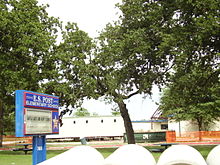 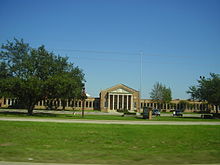 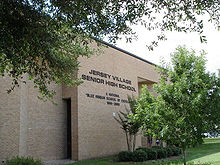 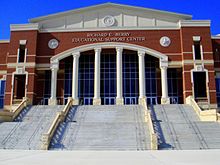