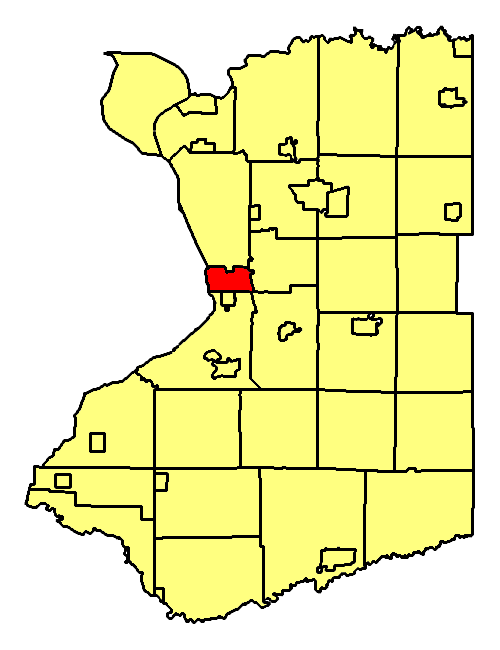 The City of Lackawanna has a mayor-council form of government. A councilman is elected for each of the four wards of the city. The mayor and council president are elected at large. Fire and police services are also provided by city run departments. [ [http://www.ci.lackawanna.ny.us/history.htm] City of Lackawanna History]

Originally part of the , the area was not open to settlement until 1842 when the land was sold by the . In 1851 the town of Seneca was formed (changed to in 1852) with the area now known as Lackawanna being called West Seneca or Limestone Hill. The moved to the area in 1902, and in 1909 the residents of the area voted to split off from West Seneca and the City of Lackawanna was formed. [ [http://www.ci.lackawanna.ny.us/lackawanna.htm] City of Lackawanna - City History ]

Lackawanna was a center of manufacture throughout most of the 20th century. In 1899 all the land along the shore of was purchased by the Lackawanna Steel Company. Construction was started in 1900 and the plant began operation in 1903. The Lackawanna Steel Company was acquired by the Company in 1922. With the 20th century growth of the Bethlehem Steel plant, at one time the fourth largest in the world, came the continued growth of the city and its institutions. At its peak the plant employed 20,000 people. It attracted people from many lands to settle here and make their homes. However, the latter half of the 20th century saw the decline of the steel plant and finally its closure. [ [http://query.nytimes.com/gst/fullpage.html?res=9B03E1DE1239F93BA25750C0A965948260] New York Times Article "Bethlehem Rejects Lackawanna Plan" March 18,1983 ]

In recent years, efforts have been made to convert the former steel plant to other uses. The site does have a diversity of tenants, some occupy buildings remaining from the former steel plant and a few in newer buildings. These efforts have been opposed by many sectors, as the alleged contamination of the field has been said by some to have caused cancer and other medical issues. reports are still ongoing and contested. [ [http://www.senate.gov/~clinton/news/statements/details.cfm?id=252984&&] Senator Hillary Rodham Clinton Statement & Releases March 20,2006 ] s were built on the former Bethlehem Steel property in 2007. These initial eight turbines will provide power for up to 7,000 households.

The City of Lackawanna was the defendant in the 1971 district court decision "". This court decision forbade the municipal government (City of Lackawanna) from interfering with the construction of a low-income housing development in a predominantly white section of the city. It was decided that such action would amount to racial discrimination. [ [http://www.naacpldf.org/timeline.aspx] NAACP Legal Defense Fund Timeline 1971 ]

The City of Lackawanna is home to fourteen Protestant churches, the Masjid Alhuda Guidance Mosque (the largest mosque in the Buffalo area) , ten Roman Catholic churches, one of which is Our Lady of Victory Basilica (OLV), and Saint Stephen Serbian Orthodox Church.

Our Lady of Victory Basilica

Father Baker's social programs have evolved into Baker Victory Services, which care for more than 2,500 children each day. Our Lady of Victoy Hospital, closed in 1999, is being converted into senior housing . [ [http://www.hhnmag.com/hhnmag_app/jsp/articledisplay.jsp?dcrpath=HHNMAG/Article/data/04APR2007/0704HHN_InBox_Design&domain=HHNMAG] Finding A New Use For An Old Hospital by Terese Hudson Thrall] [ [http://www.hfmmagazine.com/hfmmagazine_app/jsp/articledisplay.jsp?dcrpath=HFMMAGAZINE/PubsNewsArticleGen/data/03MAR2007/0703HFM_Upfront_Design&domain=HFMMAGAZINE] Hospital find new life in senior housing Health Facilities Magazine December 2006 ] The Homes of Charity provide the funds to continue his social programs through donations, and Our Lady of Victory Basilica had its 75th Anniversary in 2001. In addition, the Catholic Church named Father Baker "" in 1987, the first step towards declaring him a saint. In 1999, 's remains were moved from Holy Cross Cemetery and re-interred inside the basilica. This was a recommended step for his process. His cause for is under review by Vatican officials. [ [http://www.ourladyofvictory.org/FatherBaker/index.htm] Father Nelson Baker the Apostle of Charity ] [ [http://www.catholicism.org/nelson-baker-sog.html] Slaves of the Immaculate Heart of Mary :The Servant of God, Father Nelson Baker ]

According to the , the city has a total area of 6.1 square miles (15.9 km²), all of it land. Lackawanna sits on Lake Erie, although the waterfront is occupied by the remnants of the facility. Smokes Creek (named after Chief who was nicknamed "Old Smoke") runs through the city before it discharges into Lake Erie.

Abbott Road is a major road that runs from north to south through the city. Ridge Road is also a main east to west road in the city.

Major Highways in the City of Lackawanna

*), runs through the extreme southeast corner of the city.

* (South Park Ave.), North-South roadway that runs through the city from Buffalo into Blasdell and Hamburg.

* (Fuhrmann Blvd., Hamburg Tprk.), North-South roadway through the city that runs from Hamburg to Buffalo. Busy north-south route for traffic to and from Buffalo.

There were 8,192 households out of which 26.0% had children under the age of 18 living with them, 37.2% were married couples living together, 16.5% had a female householder with no husband present, and 41.7% were non-families. 37.0% of all households were made up of individuals and 15.9% had someone living alone who was 65 years of age or older. The average household size was 2.30 and the average family size was 3.06.

Children in Lackawanna attend school in the Lackawanna City School District. Grades Pre-K to 2 attend Truman Elementary School. Martin Road Elementary School has grades 3-6. In a shared building, Grades 7 through 8 are in the Lackawanna Middle School section and Grades 9 through 12 are in Lackawanna High School section. [ [http://www.lackawannaschools.org/lackawanna/site/default.asp] Lackawanna City School District ] Also, Our Lady Of Victory Elementary School offers education from Kindergarten through Grade 8 [ [http://www.ourladyofvictory.org/School/Welcome.html] Our Lady of Victory School ] along with the Global Concepts Charter School which offers education from Kindergarten through Grade 5. [ [http://www.globalccs.org/index.php] Global Concepts Charter School ] Lackawanna Senior High School was nationally famous in the 1960s because of race riots.Fact|date=April 2008 It was also famous in the 1960s and early 70s because of its dominant football teams (quarterbacked by Ron Jaworski for some of those years).Fact|date=April 2008

*Father , a Roman Catholic priest responsible for building the Basilica of Our Lady of Victory. This "Padre of the Poor" established social programs (for orphans, people with disabilities, unwed mothers, etc.), which still serve over 2,500 people a day.
*, former radio co-host on WGR (Bob & Ann Show, topic Buffalo Bills), was the one of the first female sports radio call-in hosts in America.
*, senior book editor at The Johns Hopkins University Press.
*, Athletic Director of Erie Community College.
*, broadcaster, and former quarterback of the , , , and . [ [http://www.ronjaworski.com/about_rj.php] Ron Jaworski.com Biography ]
*, a professional bowler (since 1986).
*, 1980-81 National Commander of the .
*, an actor who has appeared in "" and "". [ [http://www.imdb.com/name/nm0473459/] Internet Movie Data Base (IMDB) biography for Tom Kubiak ]
*, a defensive lineman at who was selected #7 in the first round by the of the NFL draft. [ [http://archive.sportingnews.com/nfl/players/3149/index.html] The Sporting News: NFL Headquarters Mike Mamula ]
*, an author best known for her books for children and young adults. [ [http://wings.buffalo.edu/uncrownedqueens/Q/files_2003/porter_connie.htm] Uncrowned Queens Biography: Connie Porter - Uncrowned Queens Institute for Research and Education of Women, Inc. ] (Her novel "All-Bright Court" is set in Lackawanna.)
*, an actor and playwright. (He set his musical "" in the Lackawanna of 1956.) [ [http://www.imdb.com/title/tt0407936/] Internet Movie Data Base (IMDB) Lackawanna Blues (2005) (TV) ]
*, an actor/comedian (born Richard Schulefand) who appeared in "The Producers", "", etc. (His parents owned a store in Lackawanna.)
*, an award-winning jazz organist who has worked closely with ; he has also appeared with , , and .
*, the current editor of "". (In 1999, when she was promoted from managing editor, she became the paper’s first female editor and the youngest female newspaper editor in the nation.)
* (born Raymond Mihok), an actor. [ [http://www.imdb.com/name/nm0861419/bio] Internet Movie Data Base (IMDB) biography for Raymond Thorne ]
*, Irish American boxer, grew up in Father Baker's orphanage.
*, Professional Boxing Manager, managing Lackawanna's Dick Topinko, Joe Capuani and Poncho PadillaNicholas DeSantis, The current Head Supervisor of Parks and Recreation.