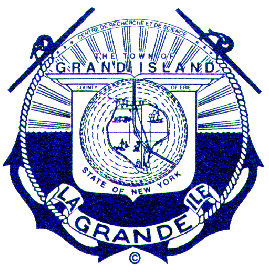 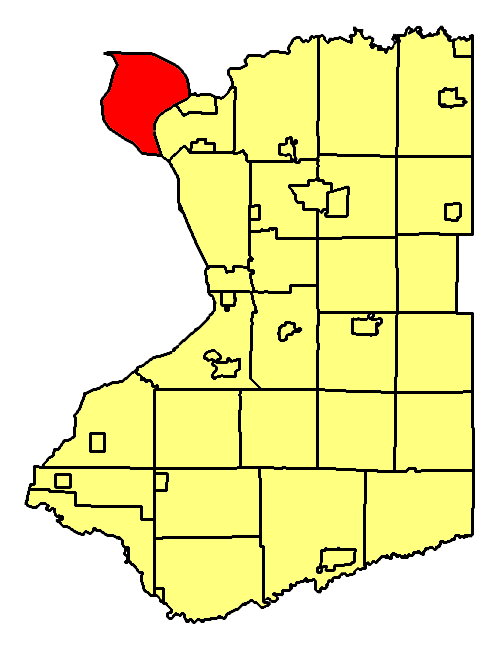 The Town of Grand Island is located at the northwestern corner of the county. The town is northwest of Buffalo, . Interstate 190 and cross the island.

Period before the American Revolution

In the early historical period of the island, the 16th century, French explorers found the s living on the island. By 1651, the Senecas had destroyed this tribe and absorbed some of the survivors. The Seneca used the island for hunting and fishing.

In 1764, as part of the Treaty of Cession after the the island became part of the British colonies in .

Period after the American Revolution

In 1815, purchased Grand Island and other small islands in the from the nation for one thousand dollars in hand, and annually, forever, an annuity of $500 (to this day, paid every June). The treaty was signed by Governor , , Chief , , , , , and others. The reserved the right to hunt, fish and fowl on the islands.

In 1824, in a precursor to modern Zionism, journalist and Utopian tried to found a Jewish homeland at Grand Island in the Niagara River, to be called "Ararat," after , the Biblical resting place of Noah's Ark. MacArthur Award-winning cartoonist fictionalized Noah's scheme for Grand Island in his "".

The Town of Grand Island was organized in 1852 from part of the Town of Tonawanda.

On August 25, 1993 the commenced an action to reclaim land that allegedly was taken from it without the approval of the in the . The argued that the 1815 transaction with New York State violated the , which states that no Native American lands are to be sold without consent of the Federal government. The sought the ejection of more than 2,000 property owners on the Island. By decision and order dated June 21, 2002, the trial court held that the subject lands were ceded to in the 1764 treaties of peace and that the subject lands were not owned by the Seneca at the time of the and that 's "purchase" of them in 1815 was intended to avoid conflict with the over land it already owned. This decision was appealed and the affirmed the trial court's decision on September 9, 2004 The then sought review of this decision by the which was denied on June 5, 2006.

The town is located entirely on the island of Grand Island in the . The river splits into two parts at the south end of the island and rejoins at the northwest end, before flowing west to the .

The town lies adjacent to the international border between in and the (although there is no direct or connection from the island to Canada). Paired bridges connect the south end of the island to the Town of Tonawanda, and another pair of bridges connects the northern end to the City of Niagara Falls in Niagara County. The two sets of bridges are connected by Interstate 190, a branch of the (). In addition, (Grand Island Boulevard) is conjoined with I-190 at the southern bridges and reaches its western terminus in the northern part of Grand Island.

Major Highways in the Town of Grand Island

*), passes through the center of the island by the way of the North and South Grand Island Bridges.
* (Grand Island Blvd.), East-West Highway from its northern terminus at I-190 south through the central part of town, joining I-190 as the route travels east (south) out of the town to the Town of Tonawanda.

*West River Parkway, North-South Parkway along the western edge of town that parallels the . It runs from Beaver Island Parkway in the south, north to East-West Park Rd. in near I-190 and NY 324's northern terminus. (NYS Reference Route 957C)

There were 6,898 households out of which 35.8% had children under the age of 18 living with them, 64.8% were married couples living together, 7.7% had a female householder with no husband present, and 24.3% were non-families. 20.2% of all households were made up of individuals and 7.9% had someone living alone who was 65 years of age or older. The average household size was 2.68 and the average family size was 3.13.

Communities and locations on Grand Island

*Grand Island Rod and Gun Club &ndash; An outdoor rifle range, trap and skeet range, and archery range. There is also a small pond on the land for fishing.
* &ndash; A located at the south end of the island. The park is fully developed for many recreational activities, including 18 holes of golf.
* &ndash; A state park at the north end of Grand Island, noted for its attempts to preserve the local environment.
*Grand Island Nike Base &ndash; A town park and senior citizen center originally a missile site which was part of from the mid 1950s through the mid 1960s.
* &ndash; 85-acre .
*Veterans Park &ndash; A park in the north part of the town.
*Woods Creek &ndash; A small stream that enters the Niagara River at Buckhorn Island Park.