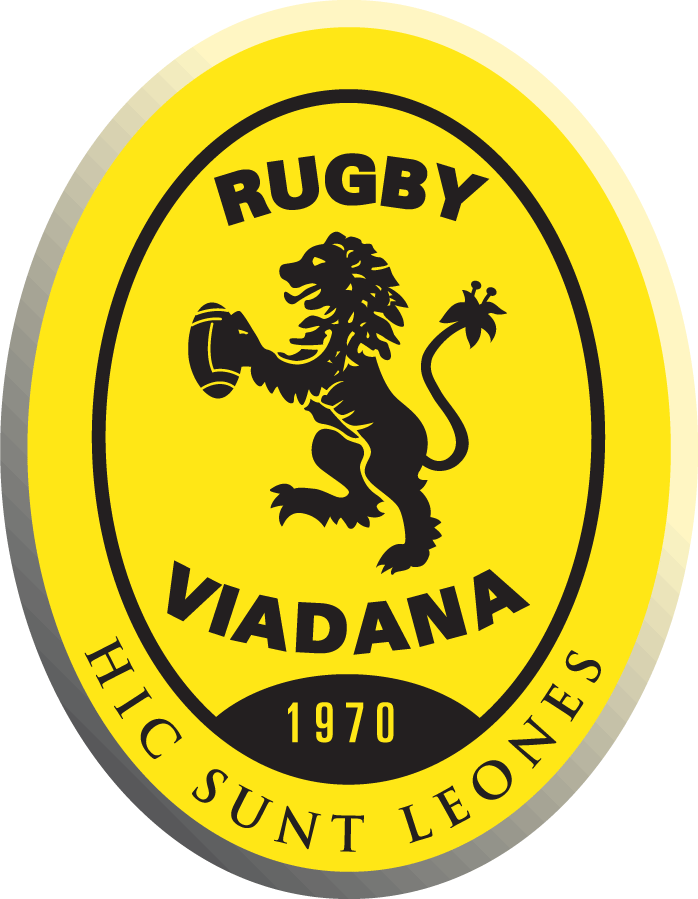 Rugby Viadana is an Italian club currently competing in Super 10. They are based in Viadana (province , region ). The club was established in 1970, and has since won the Italian championship in 2002, and the Coppa Italia three times. They also compete in European rugby competitions and were runners-up in the in 2004. Viadana plays in yellow and black.

They were founded in 1970 as a rugby sector in the Vitellianense Cebogas Multisports Club by some ex-Rugby Parma players. They started in the lowest possible league Seria D, the lower category.

In 1980-1981 Viadana won Seria B but after three years the team were relegated back to Seria C. But they bounced back the following year and won promotion back to Seria B. 1986-1987 they won promotion to Seria A2 and finished sixth in their first year. However they were relegated back the following year and didn't return for three years.

They finally won promotion to Seria A in 1998-1999. In their first season Viadana won the Italian Cup and made it to the semi-final of the play-offs. In 2000-2001 they finished third in the league but again lost in the semi-final play-offs to Benetton Treviso.

In 2002 the Italian championship was reformed with the birth of Super 10. During this season Viadana finished first and beat favourites Benetton Treviso in the play-offs to win the title for the first time. They were the first team from outside a provincial capital to do so. They won the Italian Cup a second time in 2003.

In 2004 they became the first (and so far only) Italian team to have made the final of a European competition when they lost the final 19-25 to Montpellier. In 2007 they defeated Cammi Calvisano to win their third Coppa Italia. In 2008, despite their relatively experienced team, Viadana were beaten in the semi-finals by Benetton Treviso and subsequently lost out on a lucrative Heineken Cup place. Jim Love continues to act as coach and has re-signed for the 2008/09 season.