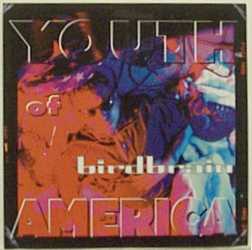 "Youth of America" is 's final and most successful single. It was the first single from their 1997 album "", and was featured in the hit film "Scream".

The video features parts of "Scream", along with footage of the band driving in a van, and playing at the scene of a murder.