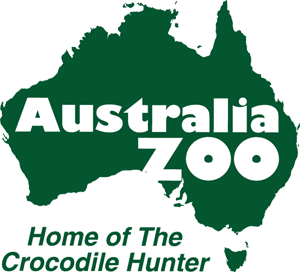 Australia Zoo is located in the n state of on the Sunshine Coast near Beerwah/Glass House Mountains. It is owned by , the of , whose wildlife documentary series "" made the zoo a popular tourist attraction.

Bob and Lyn passed on their love and respect for wildlife to their children, especially to their son Steve, who had helped his parents since childhood to care for s and reptiles and to maintain the growing number of animals in the zoo. Over a decade later the park was renamed to the Queensland Reptile and Fauna Park and the area was doubled with the purchase of another four acres. In 1987 the Crocodile Environmental Park was opened in an effort to aid protection. By the 1990s the Crocodile Environmental Park had become very popular and was seen as unique for its display of crocodile feeding within the park. [ [http://www.queenslandholidays.com.au/destinations/sunshine-coast/things-to-see-and-do/australia-zoo-the-crocodile-hunter/index.cfm Australia Zoo - The Crocodile Hunter - Things To See and Do - Sunshine Coast - Queensland Holidays ] ]

In 1991 Steve Irwin overtook management of the zoo. In 1992 the park was renamed again, becoming Australia Zoo. Currently, the zoo maintains more than 1000 animals and over 550 staff. [ [http://www.australiazoo.com.au/about-us/zoo-gossip/index.php?month=03&year=2006 Australia Zoo - About Us - Zoo Gossip ] ]

Although best known for the s and the live crocodile feedings, the zoo is also known for featuring exhibits of other Australian wildlife, including s, s, s, s, and (until 2006) a giant called Harriet (tortoise), who was generally acknowledged as the world's oldest living chelonian when she died on , at the age of 176. [ [http://www.smh.com.au/news/national/harriet-finally-withdraws-after-176-years/2006/06/23/1150845381649.html Harriet finally withdraws after 176 years] - Sydney Morning Herald, Friday, 23 June 2006] The Zoo also features a smaller selection of animals from around the world, including , , and s, along with a wide range of birds.

In the meantime, the zoo has encompassed a large area of 72 acres (29 hectares) [ [http://www.australiazoo.com.au/get-involved/ Australia Zoo - Get Involved ] ] , (this will be expanded to over convert|500|acre|km2 - 202 hectares - in due course), in which many animals live. In order to reduce long walks, a 'modified trailered bus' has been utilised, named Steve's Safari Shuttle, which operates on a reasonably narrow bitumen roadway circuit. [ [http://www.australiazoo.com.au/our-animals/animal-diaries/index.php?month=november&year=2005 Australia Zoo - Our Animals - Animal Diaries ] ]

There is a running space for s that you can feed [ [http://www.australiazoo.com.au/our-animals/feed-the-animals/#kangaroo Australia Zoo - Our Animals - Feed The Animals ] ] , and there is often an opportunity to pet a koala. The zoo's sponsored charity also run a rescue operation and care station for any native wildlife who may be injured in accidents outside the zoo. [ [http://www.australiazoo.com.au/conservation/wildlife-rescue/ Australia Zoo - Conservation - Programs ] ] [ [http://www.crocodilerescue.com/about_rescue_unit/index.html International Crocodile Rescue - The Crocodile Hunter - Australia Zoo ] ]

As of the end of 2006, the elephant enclosure is being expanded, the waterpool has just been completed and 'Elephantasia' officially opened on , . Furthermore, a construction of an artificial island (to represent the Island of ), began in 2006, which will accommodate African animals such as s, s and other species not yet represented. The South-East Asian Precinct will also be improved with the introduction of s, and transfer of the Komodo Dragons, which inhabit an enclosure near to the entrance to create a more complete Bio-Climatic Asian Region. [ [http://www.australiazoo.com.au/about-us/zoo-gossip/index.php?month=03&year=2006 Australia Zoo - About Us - Zoo Gossip ] ]

In March 2008, the Zoo was accused of animal 'cruelty' [ [http://www.scopical.com.au/articles/News/3438/Australia-Zoo-accused-of-animal-'cruelty' Australia Zoo accused of animal 'cruelty'] - Scopical, 13 March 2008] and of breaking Australian law 13 times [ [http://www.news.com.au/heraldsun/story/0,21985,23375040-5005961,00.html Irwin zoo broke law 13 times - minister] - Australian Associated Press, 14 March 2008] by not releasing koalas within their prescribed habitats. The Environment Protection Association said that they are now monitoring and investigating why the Koalas were not released correctly. Zoo officials have defended their actions on the grounds that injured koalas found near busy roads or in urban developments cannot safely be released to the same areas.