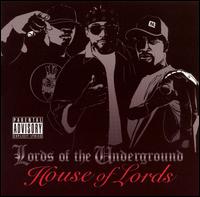 "House of Lords" is the fourth album by , their first album in eight years. The album was released on , for Affluent Records and was produced by , and DJ Lord Jazz. Like the groups previous album "Resurrection" the album received very little promotion and was a commercial failure, and it did not make it to the Billboard charts nor did it produce any hit singles.