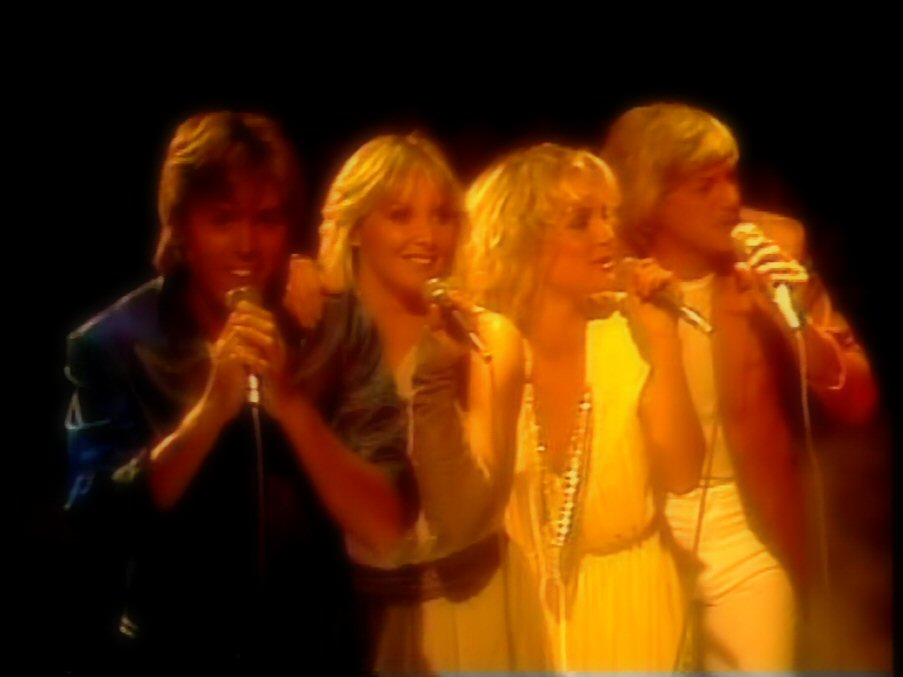 Bucks Fizz are a British pop group, formed in 1981 to compete in the that year. They won with "" and went on to have a successful pop career. The group was made up of four performers: , , Mike Nolan and , whose gimmick was that they were all .

On , Bucks Fizz, a virtually unknown group, beat seven other artists to win '', the selection show for the . They followed the classic and successful 'two male — two female' Eurovision line-up established by . The group were put together by producer/writing combo Nichola Martin and Andy Hill especially for this performance. Baker had formerly been a member of the group Co-Co, who came 11th at the with the UK entry "The Bad Old Days”.

Bucks Fizz then went on to represent the UK at the in , . They performed "", which featured a famous skirt-ripping dance routine and won the Eurovision Song Contest by a margin of just four points. They produced further hit singles and albums in the early 1980s. "Making Your Mind Up" was a Number One Hit for the group in nine different countries.

The Eurovision win was promptly followed by a further two Top 20 hits in the UK, "" and "". After winning Eurovision, the group built on their success with other awards and accolades. In November 1981, they won the Best Song Award at the Yamaha Song Contest in Tokyo with the song "Another Night".

Their next single released in November 1981, "" reached number one, as did "". They were the first British act of the 1980s to score 3 number ones within a 12 month period. They toured extensively in 1981 and 1982. Further success followed in May with the group's second studio album "Are You Ready" which went Gold immediately. Attempting diversity a ballad was released '' which reached number eight in the UK charts. Success continued with the release of the singles 'If You Can't Stand The Heat', 'Run For Your Life' and 'When We Were Young'. Bucks Fizz's third studio album "" was released in 1983 with intricate harmonies, booming choruses and perfect pop. Finally the year was topped off with the release of their " Greatest Hits" album which went gold and featured new songs 'London Town' and 'Rules of the Game'.

was to be an eventful year. Bucks Fizz toured the UK again on a seven week sell out tour. The group had yet another hit with their version of song 'Talking In Your Sleep'. This was closely followed by the critically acclaimed fourth studio album, "". The title track was also a hit as a single in the UK and a club hit in the USA. This also prompted some extra live sell out shows at the end of the year in which fate was to deal the group a devastating blow. After the Newcastle gig Bucks Fizz were involved in a horrific coach crash which resulted in the serious injury of Mike Nolan, which included head injuries. Nolan proceeded to make a full recovery.

became the first band member to leave the group which was the first in many transformations in the group's make-up. She departed in June and was replaced by following auditions at The Prince of Wales Theatre which were widely reported in the media (Preston was interviewed for a news feature by whilst queueing for her audition). The group then promoted the current single 'You and Your Heart So Blue' on shows such as with Preston, even though the record featured Jay Aston's vocals (neither Aston nor Preston were featured in the promotional video for the song, although Aston had performed the single with the group on Tyne Tees Television's programme a few days prior to her departure). The John Parr/Meatloaf penned single 'Magical' was followed by a cover of the Force 8 song 'New Beginning' which became a top ten hit in the Summer of . At this point Bucks Fizz moved record labels to to release the album "". As well as 'New Beginning' it also contained the minor hit records '' and ''.

Their final single, 'Heart of Stone' was released in 1988, which would later became a worldwide hit for .

On 1989, after nearly five years, announced that she was leaving the band and Cheryl, Bobby and Mike continued as a three piece until 1993 when Cheryl left to start a family and concentrate on her TV presenting career. Cheryl was replaced by two newcomers, Heidi Manton (who would later go on to marry Bobby) and Amanda Swarzc. This line-up would continue until 1996 when Mike and Amanda both left and ex-Dollar star joined with Karen Logan.

Shortly after David Van Day left Bucks Fizz, he teamed up with Mike Nolan and two new female recruits to form a new version of Bucks Fizz. Confusion was averted when Nolan agreed to call his band "Bucks Fizz starring Mike Nolan"; their website said the new band was an amalgamation of Bucks Fizz and Dollar (using the slogan "Bucks Fizz plus Dollar equals Lots of Cents"). This version of the band released two singles and a compilation album which featured new vocal versions of old hits.

In 2001, Nolan left his version of Bucks Fizz but Van Day continued to tour under the moniker "Bucks Fizz". As Heidi Manton, now owner of the name "Bucks Fizz", still continued to play with Bobby G in the official version of Bucks Fizz, much confusion was caused and Bobby G brought a case in the High Court against Van Day. In 2001, a judge refused to grant a court injuction against Van Day as he been operating in "Bucks Fizz" for five years at the time. [ [http://www.iprights.com/cms/templates/pressreleases.aspx?articleid=2854&zoneid=75 Court refuses to issue injuction] ]

The feud and legal battle between Bobby G and David Van Day as to who owned the name "Bucks Fizz" was the subject of a BBC television documentary, Trouble at the Top [2] . The case was settled out of court in August 2002 when David Van Day agreed to call his version of the band "David Van Day's Bucks Fizz Show". [ [http://news.bbc.co.uk/1/hi/entertainment/music/2195267.stm Bucks Fizz name dispute settled] bbc.co.uk]

The line-up has been much changed over the years, particularly since Nolan's departure in 1996. Bucks Fizz have always continued with Bobby always at the helm. His wife, Heidi Manton has stayed alongside him since 1993 - she will become the second longest serving member of the group in 2008 despite not being an original member or appearing on any of the bands recordings.

In 2005 BBC viewers were invited to vote on the most memorable Eurovision moments ever. Bucks Fizz won with the ripping skirt routine. A double CD collection of all the bands hits on both BMG and Polydor, "", was also released.

In 2006 and 2008, two albums were released featuring unreleased Bucks Fizz material. These were "" and "The Lost Masters 2", issued by and were well received by fans.