Samson is an important biblical figure, and has been referenced many times in popular culture. In this article a survey is given of its presence in religion and mythology, in art and literature, in film and music, and in folklore.

"The figure of "Samson the hero" played a role in the construction of Zionist collective memory, and in building the identity of the 'new Jew' who leaves behind exilic helplessness for Israeli self-determination," Benjamin Balint, a writer in Jerusalem, has written.

Vladimir Jabotinsky (1880–1940), the founder of Revisionist Zionism wrote a 1926 novel in Russian (English translation in 1930), Samson in which the author makes Samson an assimilated Jew attracted by the surrounding, more sophisticated (and un-philistine) Philistine culture. Considered a basic text of Revisionist Zionism, Jabotinsky's followers found in it numerous hint to contemporary Zionist and Israeli politics. Among other things, the family name of present day Israeli politician Dan Meridor is derived from this book. "Meridor" (literally "Generation of Rebellion") is the name given by Samson to a child in the book.

Some important Twentieth century Hebrew poems have also been written about the Bible hero. More recently, elite Israeli combat units have been named "Samson", and the Israeli nuclear program was called the "Samson Option".[1]

Noam Chomsky and others have said Israel suffers from a "Samson complex" which could lead to the destruction of itself as well as its Arab enemies.[1]

Editing: There is no attribution here that an important city of Turkey is named "Samsun" of course of which origin is mythologic Hebrew "Samson". It may also be related to King Solomon or King David.

There is an elaboration of the biblical character in Basque mythology which differs in its features from the original. Quite paradoxically, the Basque Samson does not stand for Christian values, but it is represented as a giant living in the mountains far from other inhabitants of the villages and the valley, he is a jentil or Basque pagan of the forest. As told in many folk accounts, endowed with might as he is, he launches rocks that lie at the origin of different prominences and hills all over the Basque Country, especially on the west, while on the east the preferred character to account for similar phenomena is the Medieval hero Roland, Errolan in Basque.

Samson has been a popular subject for painting and sculpture:[2]

The most detailed film version of the Biblical Samson was the 1949 Cecil B. deMille film Samson and Delilah, starring Victor Mature as Samson. Two made-for-TV films, in 1984 and 1996, retold the story of Samson and Delilah.

The Samson character was featured in a series of five sword-and-sandal adventure films made in Italy in the 1960s, as follows:

Handel wrote his oratorio Samson in 1743. Camille Saint-Saëns wrote an opera, Samson et Dalila between 1868 and 1877.

Blind Willie Johnson - "If I Had My Way / I'd Tear the Building Down" (recorded 1927), the lyrics relate to Samson marriage to Delihla and his slaying of the lion, often covered as "Samson and Delilah"

Louis Jordan - Ain't That Just Like a Woman (1946): "Samson thought Delilah was on the square, Till one night she clipped him all his hair"

In 1965, Bob Dylan wrote "Tombstone Blues" in which he makes a reference to Samson in the lines "I wish I could give Brother Bill his great thrill/and set him in chains on top of the hill/Then send out for some pillars and Cecil B. DeMille." The second and third lines are references to Samson's death, while Cecil B. Demille is the director who made the movie depicting the Samson story.

Mark Alburger's opera-oratorio, Samson and Delilah (The Frank Judges), dates from 1998, with an updated short version, "Sex and Delilah" written for and performed by San Francisco Cabaret opera in May 2009.

Samson's interactions with Delilah are referenced in the Moses Hogan piece "Witness," at which point Hogan describes Delilah's cutting of Samson's hair and Samson's reaction towards the Philistines

Freddie Mercury, the former lead singer and pianist of Queen, wrote a song called "My Fairy King" (from their debut album) that has the lyric "dragons fly like sparrows through the air/and baby lambs where Samson dares".

Heads Held High, (a melodic hardcore band from Cleveland, Ohio), has a song titled "Samson Gets a Haircut" on their 2008 release, So Say We All.

The song "Rastaman Live Up" on Bob Marley's posthumously released album Confrontation, contains the lyrics "Samson slew the Philistines, with a donkey jawbone".

The Grateful Dead played the song "Samson & Delilah" from the mid-1970s and throughout their career. The song is a traditional song, cataloged by Alan Lomax in his encyclopedic "Folk Songs of North America" which Bob Weir learned from Reverend Gary Davis.[5] Dave Van Ronk also sings the song on his "Folksinger" album. The lyrics cover some parts of the history around Samson, notably his fight with the lion. Shirley Manson of Garbage fame recently recorded a cover of "Samson & Delilah" for the TV show "Terminator: The Sarah Connor Chronicles" Season Two premiere episode which is also called "Samson & Delilah".

Indie-rock artist Boy in a Jar has a song called "Six Thieves" that heavily references the story of Samson.

The album Birds of Prey by Godley and Creme features a song "Samson" with references to Delilah.

The song "My Defenses Are Down" from the musical Annie Get Your Gun contains the line, "Like Samson, without his hair".

The Pixies' song "Gouge Away" is based on Samson's story.

Leonard Cohen wrote the song "Hallelujah" which makes references to Samson and Delilah.

The Cranberries have a song called "Delilah" written from the perspective of a woman fighting off a conniving temptress.

Mandy Moore and Jonathon Foreman (from Switchfoot) have a song called "Someday We'll Know" for the movie A Walk To Remember with references to Samson and Delilah in the chorus.

Eric "Monty" Morris, vocalist of The Skatalites, made a song called "Strongman Samson" with clear references to the biblical story. Samson is hereby portrayed as "the strongest of men" hero, although all his strength is taken from a woman. Saying that "it's so clear to understand", Morris suggests that women always had such a power over men.

Regina Spektor has a song called "Samson" based on Samson and Delilah. The song seems to be told from the point of view of Delilah, telling an alternate version of Samson's story in which he doesn't repent and is thus unable to pull down the columns, so he is forgotten.

Drone/Experimental band Earth (band) released an album in 2008 entitled The Bees Made Honey in the Lion's Skull, a reference to Samson's riddle. Although instrumental, the album explores the theme of beauty arising from rot and decay.

Indie-rock band mewithoutYou references the story of Samson twice in the song "In a Market Dimly Lit" from the album Brother, Sister. In the first chorus, the lyrics read, "I'm a donkey's jaw," referencing the weapon used by Samson to slay a thousand Philistines. In the second chorus, singer Aaron Weiss proclaims, "If I was Samson, I'd have found that harlot's blade and cut my own hair short."

"Enter Samson", a parody by Apologetix is about Samson. The song is a parody of "Enter Sandman" by Metallica

Big Daddy Kane references Samson in his song "Ain't No Half Steeppin'."

Deathwish Of Samson is a new metalcore band hailing from the Niagara region of Ontario, Canada.

The song "En Hakkore" by Christian thrash metal band Tourniquet (band) is about the story of Sampson, En Hakkore being the name of the spring that burst forth in answer to his final prayer.

Neil Sedaka recorded the song "Run, Samson, Run" which is based upon the Biblical account. He refers to Delilah as "a cheatin' gal who brought him tragedy" and advises Samson to run from her. At the end of the song, he advises all guys that "there's a little of Delilah in each and every gal."

Alternative singer PJ Harvey mentions the story of Samson and Delilah in her song "Hair."

Christian comedian Tim Hawkins wrote a parody of the Plain White-T's song "Hey there, Delilah" based on the story of Samson and Delilah.

British rock band Procol Harum has a song called "As Strong as Samson" on their album "Exotic Birds and Fruits" from 1974.

The famous Harland & Wolff cranes in Belfast are known as Samson and Goliath (cranes) respectively. 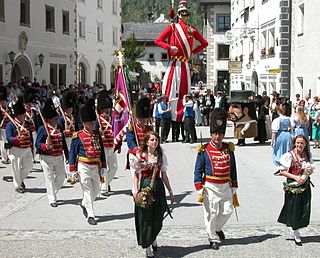 Quirky annual parades of a Samson figure in 10 different villages in the Lungau, Salzburg (state) and two villages in the north-west Steiermark (Austria). For more information see Wikipedia in German de:Samson (Riese)

Samson is one of the giant figures at the "Ducasse" festivities, which takes place at Ath, Belgium.

The story of Samson is parodied in the animated television series Pinky and the Brain, in the episode "A Little Off the Top." In this story, the Brain attempts to learn the source of Samson's strength, so that he may acquire it and use it to take over the world. The version of Samson that appears here is based on Victor Mature's performance in the film Samson and Delilah. Inexplicably, the Delilah character speaks only Yiddish.