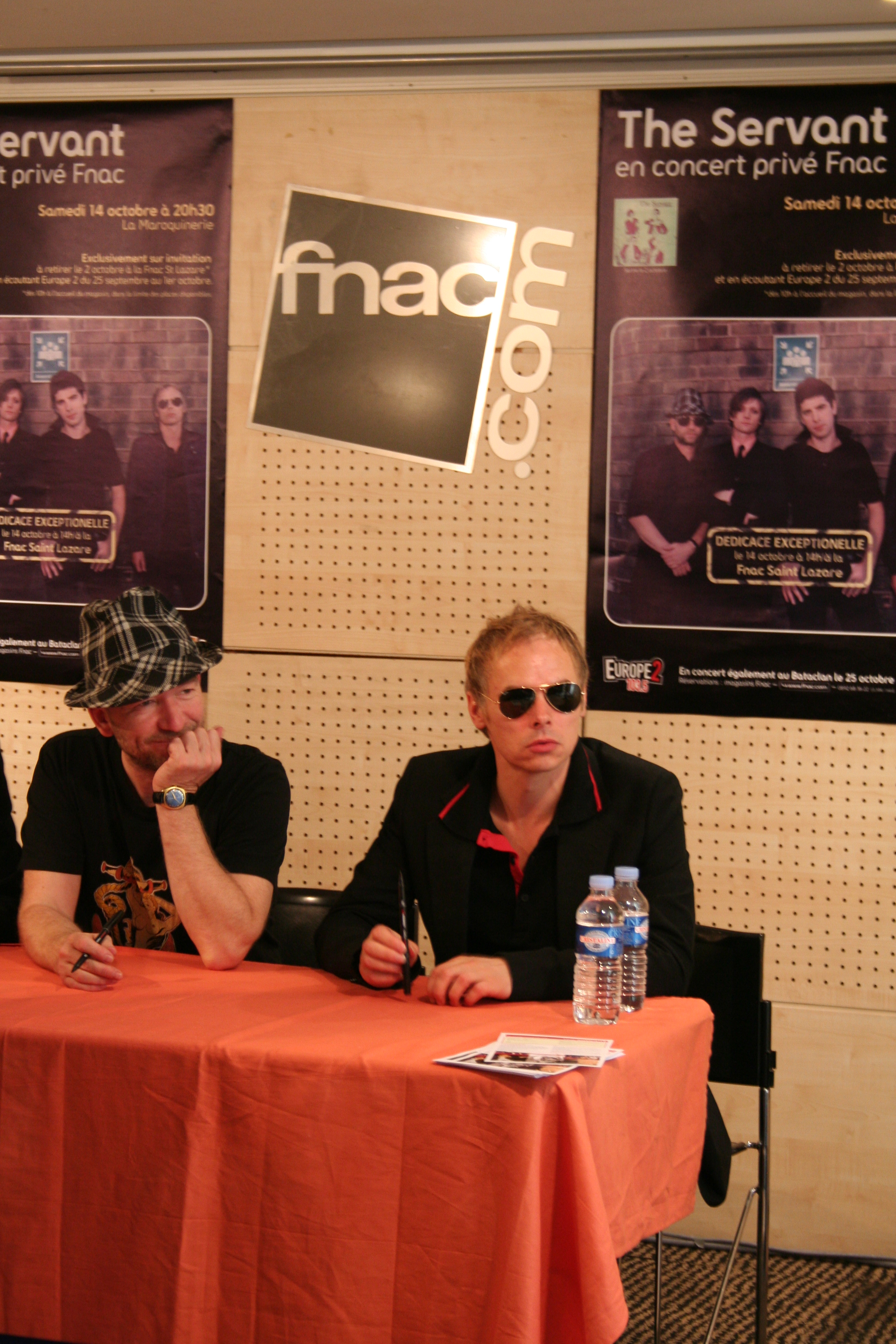 The Servant were an English alternative band, formed in London in 1998. They are popular in Britain, , , as well as other an countries and western .

Their first introduction to an American audience was an instrumental version of their song "Cells", featured in trailers for the film "Sin City". The instrumental version of "Cells" is not on the "Sin City" soundtrack, but it can be downloaded via their website ("Cells" was also used in the film "", along with their song, "Body"). Since the "Sin City" trailers, there has been significant U.S. interest in their records and demands for live concerts. The band released their fourth album entitled "How To Destroy A Relationship" in 2006.

Before achieving commercial success in 2004 with their self-titled album, released by in the UK and by in France, The Servant released two mini albums: "Mathematics" in 1999 and "" in 2000.

On November 26, 2007, the band announced on their blog at MySpace that they were splitting up "to move on to pastures new".

Dan is the lead singer for the band; he also plays guitar and writes many of the band's songs. He is also known as a guest vocalist for the Italian group . His vocals have been described by as "a young if he'd been raised by ."