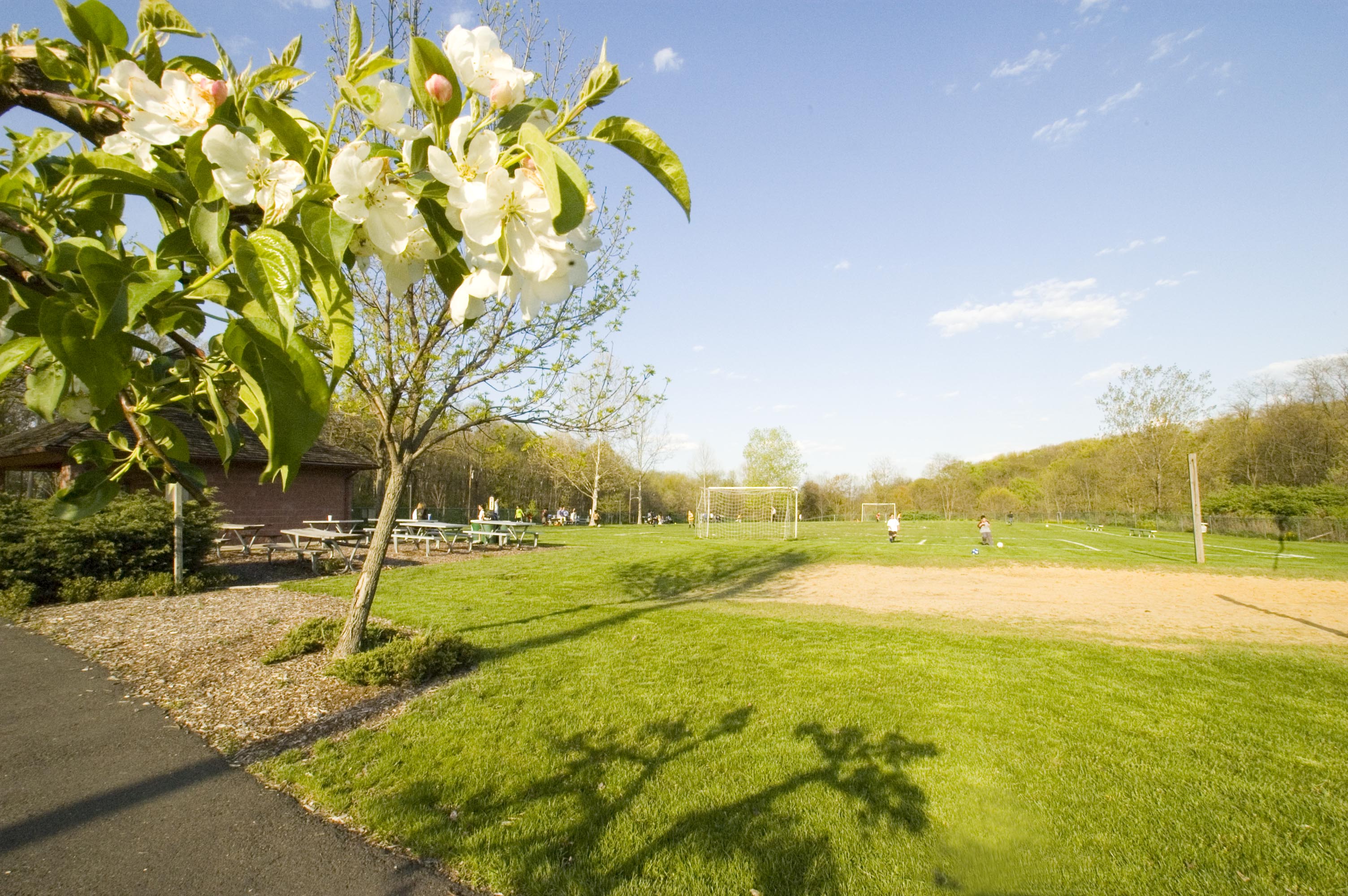 Hanover Township is a Township in Morris County, , . As of the , the township population was 12,898. The township comprises the unincorporated communities of Whippany and Cedar Knolls.

Located just north of the historic town of Morristown and adjacent to the regional , Hanover Township boasts many superb public attractions including the [http://www.whippanyrailwaymuseum.net Whippany Railway Museum] , the , and the [http://www.gti.net/mocolib1/MCL.html Morris County Library.] Patriot's Path, a 26-mile-long wilderness walkway and bike trail, also passes through the Township along the .

Hanover Township is well known in the region for having low property taxes. This is a result of many years of responsible Township management and a good mix of tax ratables.

There were 4,745 households out of which 32.8% had children under the age of 18 living with them, 65.8% were married couples living together, 8.0% had a female householder with no husband present, and 23.7% were non-families. 19.6% of all households were made up of individuals and 7.7% had someone living alone who was 65 years of age or older. The average household size was 2.71 and the average family size was 3.13.

Hanover Township marks the spot of the first settlement in all of Northwest New Jersey. ers established a settlement along the Whippany River in 1685 near the current location of the old Whippany Cemetery on Route 10.

The name Hanover was taken from the in . This namesake was given to the Township of Hanover on , as a sign of respect to who was of the House of Hanover and who ruled over the American colonies in the eighteenth century. Since the creation of Hanover Township in 1720 and its incorporation on , , its size has been considerably decreased as the population of the area has increased. Originally encompassing all of Morris County and parts of Sussex and Warren County, Hanover Township became too unwieldy for a single local government to maintain. The Township was subdivided into smaller municipalities that could provide more responsive local control despite placing greater demands on the local tax base to support new facilities for each.

During the , and his troops often camped in, and marched through, Hanover Township.

The name Whippany is a bastardization of the Native American word 'Whippanong' which means "where the willow trees grow". [Fariello, L., "A Place Called Whippany" (2nd ed.) L.A. Sunchild Publishing (2003).]

The old villages of Monroe and Malapardis were consumed by development and what remains are two communities - Whippany and Cedar Knolls - which are roughly separated by .

Until the post- suburbanization of New Jersey, Hanover Township was a sparsely-populated industrial town known for its iron works and paper mills. This industry was driven by the ever-present power of the . But over the second-half of the twentieth century, the Township became thoroughly suburban and a very popular place to live and do business.

has a large facility in Whippany. The first demonstration of long distance television transmission in the United States took place in 1927, with a transmission that went via wire from , to New York, and from Whippany to New York using radio. [ [http://www.att.com/history/television/milestones.html AT&T milestones in TV History] , . Accessed , .]

Hanover Township employs the traditional Township form of government. The Township has a five member Township Committee whose terms of office begin on following the preceding general election. Each member holds office for a term of three years. Since the Township is not divided into wards, the five members of the governing body serve at large, and represent all of the people of the Township and not any one particular section or area. A Mayor and Deputy Mayor are selected at the annual reorganization meeting by the committeemen from among the members of the Township Committee.

Politics in Hanover Township are decidedly Republican. No Democrat has made a serious bid for Committee since the 1950s.

Township Hall, which was renovated and enlarged in 2003, is located at the corner of Jefferson Road and Route 10. It contains all Township offices, the Township Municipal Court, the Police Department, and the [http://www.whippanong.org/ Whippanong Public Library.]

The Township has its own [http://www.hanoverpolice.com/ Police Department] consisting of about 30 officers in addition to a Public Works Department which handles the Township's sanitation and recycling needs. The [http://www.cedarknollsfd.com/ Cedar Knolls First Aid Squad] provides emergency medical coverage for the entire Township. [http://www.morristownmemorialhospital.org/en/morristown/ Morristown Memorial Hospital] , a level-2 regional , is about three miles away.

There are two volunteer fire districts in the Township:
* [http://www.whippanyfire.com/ Whippany Fire District #2] is located on the corner of Route 10 and School Street. They maintain a swift water rescue team and a hazardous materials response () team.
* [http://www.cedarknollsfd.com/ Cedar Knolls Fire District #3] is located at the corner of Ridgedale and Mountain Avenues. They maintain an aerial ladder and the Township's (EMS).

The Hanover Sewerage Authority provides sewerage service for the Township. It has a treatment plant located on Troy Road.

, Route 10 and Route 24 pass through the Township. Interstate 80, and are nearby.

The , a small freight line, traverses the Township.

Radio stations WMTR and have studios and offices located in the Cedar Knolls section of the township.

What's in a name?

There is some confusion over the place names in Hanover Township and this is understandable given the sometimes-arcane usage of place names in New Jersey.

Whippany and Cedar Knolls are place names with no governmental meaning. They have unique ZIP codes, post offices, and Fire Departments but are otherwise simply neighborhood names.

Residents of Whippany and Cedar Knolls have become accustomed to indicating that they live in either Whippany or Cedar Knolls and not in Hanover Township.

To compound the issue, the insists on arbitrarily assigning boundaries that do not necessarily coincide with municipal boundaries resulting in Township mailing addresses which use place names outside of the Township. Whippany's ZIP code is 07981 and Cedar Knolls' is 07927.