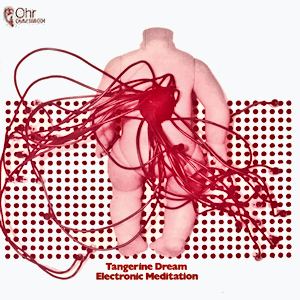 "Electronic Meditation" is the debut album by the German group .

The album was recorded in a rented factory in in October , using just a two-track .

"Electronic Meditation" is the only Tangerine Dream album to feature the line-up of Froese, Schulze and Schnitzler. The 2002 CD reissue on Sanctuary Records revealed that there were two previously uncredited musicians: organist Jimmy Jackson and flautist Thomas Keyserling.