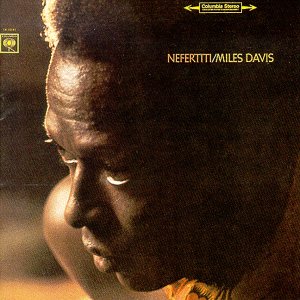 The fourth album by Miles Davis' second classic quintet, "Nefertiti" is best known for the unusual title track, on which the horn section repeats the melody numerous times without individual solos while the improvises underneath, reversing the traditional role of a rhythm section.

As a transition for Davis, the impressionistic chords of the songs hint at the conception of his next albums, "" and the critically acclaimed "", his first two fusion albums.

"All songs written by Wayne Shorter, except where noted."