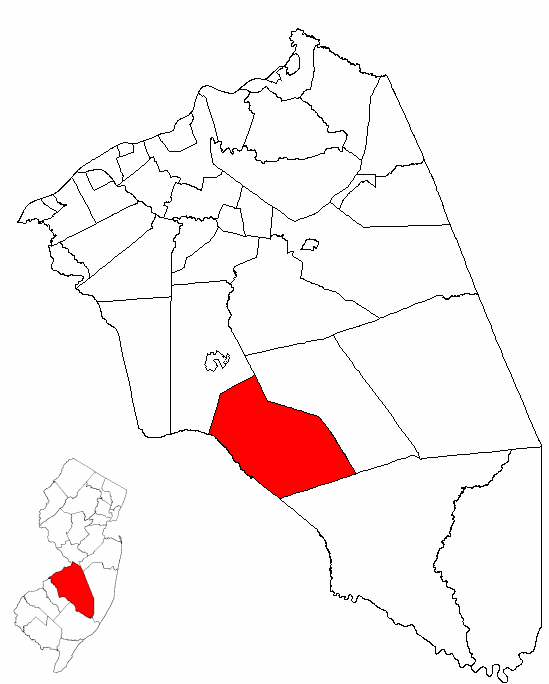 Shamong Township is a Township in Burlington County, , . As of the , the township population was 6,462.

"" magazine ranked Shamong Township as its 6th best place to live in its 2008 rankings of the "Best Places To Live" in New Jersey. [ [http://njmonthly.com/articles/best_of/placestolive/best-places-to-live---the-complete-top-towns-list-.html "Best Places To Live - The Complete Top Towns List 1-100"] , "", , . Accessed , .]

There were 2,132 households out of which 44.9% had children under the age of 18 living with them, 76.2% were married couples living together, 6.0% had a female householder with no husband present, and 14.6% were non-families. 11.4% of all households were made up of individuals and 3.8% had someone living alone who was 65 years of age or older. The average household size was 3.03 and the average family size was 3.29.

Shamong Township is governed under the Township form of government with a five-member Township Committee. The Township Committee is elected directly by the voters in partisan elections to serve three-year terms of office on a staggered basis, with one or two seats coming up for election each year.

Seth Basile, long time resident since 1979. A avid bass fisherman and local folk lure. Purchased a 87 Ford Mustang then turned into a race car driver after turning down many endoresment deals from "Bass Pro Shops". Once he started racing at the local track (Atco Raceway) he became a bigger phenomenon. The car he purchased was from MM&FF magazine called "Mean Mr. Mustang" After a lengthy racing career, he now is employed for "Pinks" as a advisor.