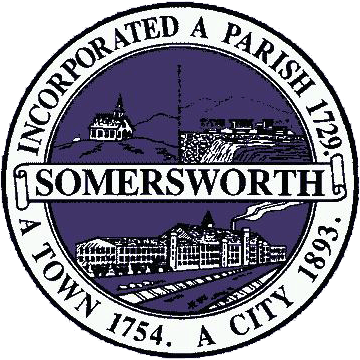 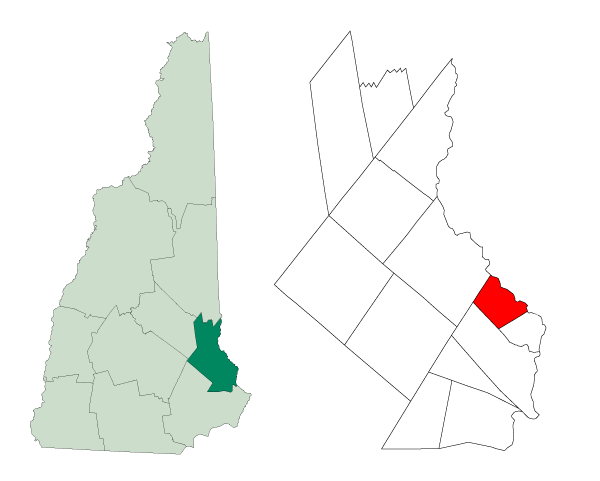 Somersworth is a city in Strafford County, , . The population was 11,477 at the 2000 census. Somersworth has the smallest area and third-lowest population of New Hampshire's 13 cities.

Somersworth, originally called Sligo after in , was settled before 1700 as a part of Dover. It was organized in 1729 as the parish of Summersworth, meaning summer town, because during that season the ministers would preach here. It was set off and incorporated in 1754 by Colonial Governor , and until 1849 included Rollinsford. A clerical error at incorporation contracted the name to Somersworth. It would be incorporated as a city in 1893, before which it was also known as Great Falls.

Situated where the drops 100 feet over a mile, Somersworth early became a , beginning with s and . In 1822, the brothers Isaac and Jacob Wendell of Boston purchased for $5,000 a gristmill with its water rights at the Great Falls. They established the Great Falls Manufacturing Company, a business that expanded to include three mills for spinning thread and and fabrics, specializing in "drillings, shirtings and sheetings." Throughout the 19th century, other expansive brick mill buildings, including a Bleachery and Dye Works, were erected beside the river. A gate house at the directed water as needed, regulating the flow either into the river or a company , which itself had gates sending it under the mill. turned the wheels and belts that operated mill machinery. The arrived in the early 1840s, before which goods were carted to Dover.

At first millworkers came from surrounding farms, including those in directly across the bridge. Many were women. But as the need for labor grew, s arrived from , and later . Brick s were rented by the company to employee families, many of whose members worked in the mills beside their parents before passage of laws. For relaxation, workers found entertainment at the Opera House or at Central Park, an beside Willand Pond. In the early 1870s, the Portsmouth, Great Falls & Conway Railroad began excursions to the White Mountains. The Electric Street Railway came in 1890, allowing trolley rides to York Beach, Maine.

But the textile industry went into decline in the 20th century. Water power was replaced with newer forms of energy, and cotton could be manufactured where it grew, saving transportation costs. Labor was also cheaper in the South, which did not have New Hampshire's inventory tax that levied commodities like and cotton at the plants. The sent many regional textile firms into , when some local facilities were adapted for . The Great Falls Manufacturing Company's big mill was renovated for other uses in the 1980s, although the bleachery suffered a devastating fire in November 2003, which required assistance from 23 s from New Hampshire and . The operates a factory that manufactures state of the art electric meters for the energy business.

Somersworth's heyday was during the mill periods. Though much of its architectural character has been overlooked due to the prominence of the larger neighboring cities of Dover and Rochester, Somersworth has several buildings that feature hints of . The city is today largely a for other cities and the . The upper end of High Street, however, continues to develop as a retail center with several s.

According to the , the city has a total area of convert|10.0|sqmi|lk=on|1, of which convert|9.8|sqmi|abbr=on|1 is land and convert|0.2|sqmi|abbr=on|1 is water, comprising 2.30% of the city. Somersworth is drained by the Salmon Falls River. The highest point in Somersworth is Prospect Hill rising just west of the city center, on which the city reservoir is built. The hill's elevation is approximately convert|310|ft above .

There were 4,687 households out of which 33.7% had children under the age of 18 living with them, 47.5% were married couples living together, 13.8% had a female householder with no husband present, and 34.3% were non-families. 26.9% of all households were made up of individuals and 9.5% had someone living alone who was 65 years of age or older. The average household size was 2.44 and the average family size was 2.95.

Somersworth's first high school (pictured above) opened in 1850 and was located at 17 Grand Street. Hilltop School, built at the same location in 1927, replaced the original high school. Later it would be converted to an elementary school.

In 1999, after numerous fire code violations were identified with the Hilltop School by the New Hampshire State Fire Marshal, the City of Somersworth was granted waivers for a period of three years to address the state's concerns. Despite the failure of the school district to address the numerous code violations during the probation period, the waivers continued to be extended past their originally intended three year period. In August 2007, the upper floors of the school were closed by the New Hampshire State Fire Marshall after the city neglected to fix code violations they were warned about in November 2006.

The closure of the upper floors came just weeks before neighborhood students were scheduled to return from summer vacation. This resulted in the start of school being delayed by over two weeks for Hilltop students. Three portable classrooms were brought in for "2 years" as it stands in 2007. Currently, students are occupying the bottom two floors along with the three portable classrooms.

In the spring of 2007, the Somersworth School Board voted to build a new school to replace Hilltop. As of early November 2007, the city council had yet to approve funding as debate continues over whether to build a new elementary school, or to renovate the historic neighborhood school and keep it open.