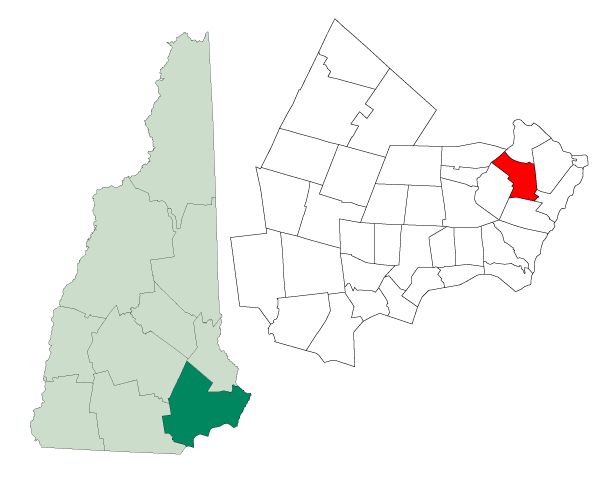 Greenland is a town in Rockingham County, , . The population was 3,208 at the 2000 census. It is drained by the , and bounded on the northwest by Great Bay.

One of the earliest settlements in the state, Greenland was a of Portsmouth (then called ) operating in 1638. Captain Francis Champernowne moved from Strawbery Banke in 1640 and settled in the area of the present Portsmouth Country Club. He would call his farm "Greenland". His extensive landholdings included a farm which is now the town of Madbury, named for his ancestral home in Devon, .

Residents requested and were granted a separate parish in 1706. In c. 1710, Captain Samuel Weeks constructed a substantial brick house, thought to be the oldest brick house in still standing. It survived the of 1755. Only the 18" thick beams that supported the structure were cracked during the quake. Greenland would incorporate in 1721.

According to the , the town has a total area of convert|13.3|sqmi|km2, of which convert|10.5|sqmi|km2|abbr=on is land and convert|2.8|sqmi|km2|abbr=on is water, comprising 21.07% of the town. The highest point in Greenland is Breakfast Hill, at convert|151|ft|m above ), on the town's border with Rye. Greenland abuts Great Bay to the north and is primarily drained by the . Greenland lies fully within the watershed.

There were 1,204 households out of which 36.2% had children under the age of 18 living with them, 62.5% were married couples living together, 8.1% had a female householder with no husband present, and 25.9% were non-families. 19.2% of all households were made up of individuals and 6.4% had someone living alone who was 65 years of age or older. The average household size was 2.65 and the average family size was 3.07.