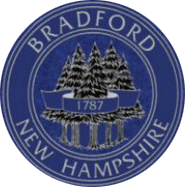 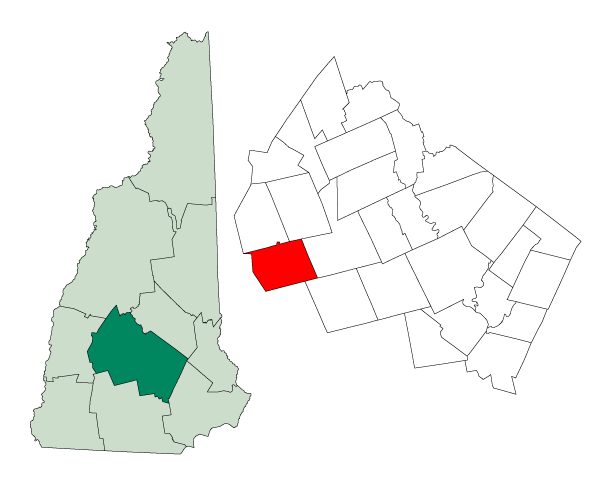 Originally granted as New Bradford in 1771, the town was later called Bradfordton, then finally Bradford upon incorporation in 1787.

According to the , the town has a total area of convert|36.0|sqmi|km2, of which convert|35.3|sqmi|km2|abbr=on is land and convert|0.7|sqmi|km2|abbr=on is water, comprising 1.94% of the town. The village of Bradford is located near the northern border of the town, at the intersection of routes 103 and 114, just north of the and adjacent to the outlet of Todd Lake. The largest water body in the town is , near the town's eastern border.

The highest point in Bradford is an unnamed convert|2096|ft|m|adj=on summit overlooking Ayers Pond on the town's western border. Knights Hill—convert|1910|ft|m|abbr=on above —and Rowes Hill—convert|1950|ft|m|abbr=on—constitute a large, hilly mass occupying the southern portion of town. Bradford lies fully within the watershed.

There were 559 households out of which 34.3% had children under the age of 18 living with them, 57.6% were married couples living together, 11.3% had a female householder with no husband present, and 27.9% were non-families. 20.2% of all households were made up of individuals and 7.7% had someone living alone who was 65 years of age or older. The average household size was 2.56 and the average family size was 2.96.