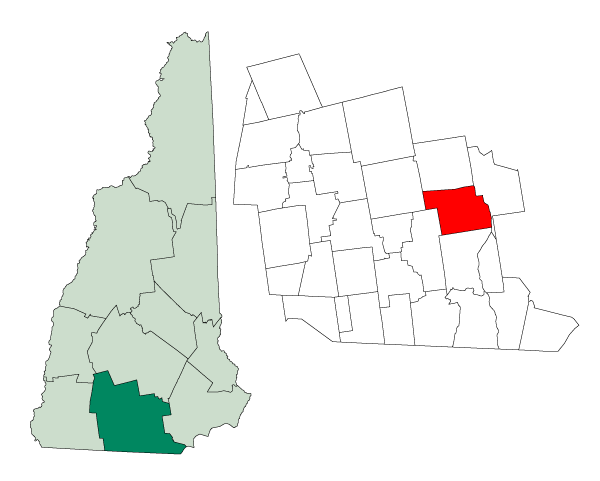 Established in 1730 as Narragansett Number 5 for the benefit of soldiers who fought against the Narragansett Indians in , it was regranted first as Souhegan East, then as Bedford in 1750. The town was named for Lord , (1748–1751), and a close friend of Governor , whose first wife, Diana Spencer, was cousin to the Duke of Marlborough. Bedford's first moderator was Mayor John Goffe, son of Colonel John Goffe for whom Goffstown was named.

Like much of southeastern New Hampshire, Bedford has grown very quickly over the last fifty years. The 2000 population of 18,274 was over eight times the population in 1950 of 2,176. Every decade has had a substantial rate of growth, ranging from 33 percent between 1980-1990 to a 67 percent increase between 1950-1960. The 2005 population estimate by the New Hampshire Office of Energy and Planning was 20,738 residents [ [http://www.nh.gov/oep/programs/DataCenter/Population/documents/PUB_05.pdf NH Office of Energy and Planning, "2005 Population Estimates of New Hampshire Cities and Towns"] ] , which ranked 13th among New Hampshire's incorporated cities and towns.

Politically, Bedford votes solidly Republican, not having elected a Democrat to the state legislature since 1932. While it is one of the more politically conservative towns in the state, it also votes overwhelmingly to support the school budget each year at the town election.

According to the , the town has a total area of convert|33.1|sqmi|km2, of which convert|32.8|sqmi|km2|abbr=on is land and convert|0.3|sqmi|km2|abbr=on is water, comprising 0.85% of the town. The largest body of water other than the Merrimack River is , which is connected to smaller, neighboring bodies of water by Sebbins Brook. Bedford is bordered by the town of Goffstown and the city of Manchester to the north, by Manchester to the east across the Merrimack River, by the town of Merrimack to the south, and by the towns of Amherst and New Boston to the west.

There were 6,251 households out of which 41.9% had children under the age of 18 living with them, 74.9% were married couples living together, 5.0% had a female householder with no husband present, and 18.0% were non-families. 14.1% of all households were made up of individuals and 6.0% had someone living alone who was 65 years of age or older. The average household size was 2.85 and the average family size was 3.17.

There are six schools in Bedford: Memorial, Peter Woodbury and Riddle Brook are neighborhood schools and accommodate grades K through 4. McKelvie Intermediate School accommodates grades 5 and 6. In 2007, Lurgio Middle School (grades 7 and 8) and Bedford High School (grades 9 and 10) opened. Bedford students in grade 12 are tuitioned to . In 2008, BHS will have grades 9 - 11, and in 2009 BHS will have a full class of students (9 - 12).