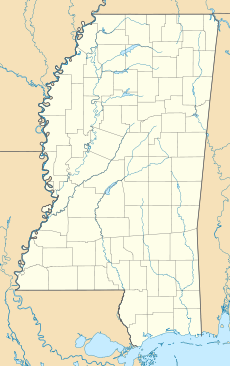 The host unit at Columbus is the 14th Flying Training Wing (14 FTW) assigned to the Air Education and Training Command Nineteenth Air Force. The 14 FTW's mission is to provide specialized undergraduate pilot training for U.S. Air Force and allied officers.

Columbus AFB has been training Air Force pilots since World War II, and that mission continues today. The base closed after the war and remained inactive until 1951 when it was reopened as a contract flying school to train pilots during the Korean War. Four years later, the base was transferred from Air Training Command to Strategic Air Command. Columbus became home to a KC-135 tanker squadron, and a B-52 bomber squadron in the late 1950s. In 1969, Columbus resumed the mission for which it originally activated - training pilots, and has continued to do so for the past 40 years.

About half the pilots in the Air Force today went through basic and primary flight training at Columbus AFB. Columbus AFB is home to the busiest military air traffic control facility in the world.

Columbus Air Force Base, Mississippi is home of the 14th Flying Training Wing of the Air Education and Training Command. 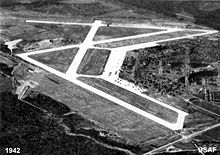 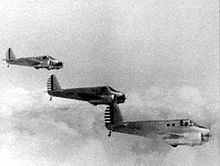 The installation's history began June 26, 1941, when the War Department approved establishment of an Army Air Field for the Columbus, Mississippi area. Behind this approval were months of concerted efforts by the local citizens. On the afternoon of February 14, 1941, 100 of the area's leading citizens banded together to organize an association to secure defense industries.

The citizens' efforts bore fruit. Six months before the Pearl Harbor attack the War Department announced that a pilot training base would be established in Columbus. On August 12, 1941, Columbus officials leased the tract of land to the United States for $1 per year.

The base began as a training facility for fighters and bombers. Planned as a twin-engine advanced flying school, the new air base came under the control of the Southeastern Air Corps Training Center at Maxwell Field, Alabama. The Mion Company began construction on September 12, 1941. On January 13, 1942, 100 enlisted men arrived to form the first skeleton organizations on the base.

No one designated or suggested a name for the new base until January 22, 1942. On that date, the War Department announced the installation would be named Kaye Field, in honor of Capt Sam Kaye, a World War I flying ace from Columbus. That designation went into effect on February 24. However, the name issue soon became one of confusion because another nearby base, Key Field in Meridian, Mississippi which had a similar sounding name. To correct the problem, in March 1942, the War Department changed the name of the base from Kaye Field to Columbus Army Flying School.

Columbus was initially assigned to the AAF Southeast Training Center with the Army Air Force Pilot School (Advanced Twin-Engine) activated (phase 3 pilot training). The school's mission was to train cadets to fly transports and bombers. Pilot wings were awarded upon graduation and were sent on to group combat training by First, Second, Third or Fourth Air Force. Graduates were usually graded as Flight Officers (Warrant Officers); cadets who graduated at the top of their class were graded as Second Lieutenants.

The Columbus flying school received its first aircraft, nine Beech AT-10s and twenty-one AT-8s in early 1942. Barksdale Field, Louisiana, provided the first students. Twenty-five cadets arrived at Columbus in February 1942. They had already completed a considerable part of their training when the Air Corps moved them. The cadets entered training at Columbus on February 9 and graduated on March 6.

During World War II, the training load gradually increased until Columbus was graduating 195 pilots per month. A total of 7,766 students came to Columbus for pilot training during the war. Of these, 7,412 graduated and received their wings and commissions. To accommodate the ever increasing number of trainees and aircraft, and several satellite airfields were used as part of the Columbus Army Flying School.

On 8 January 1943, the War Department constituted and activated the 30th Flying Training Wing (Advanced Twin-Engine) at Columbus and assigned it to the AAF Eastern Flying Training Command.

Due to the efforts of Lt Col Joseph B. Duckworth, the Columbus Army Flying School developed and perfected two systems of training, which was adopted by the command. The first was the Flying Evaluation Board. This board instituted tough new criteria to evaluate an instructor's proficiency. The second was the "full panel" attitude system of instrument flying, which is credited with revolutionizing training in blind flying. In addition to the three instruments already used, students were taught to use two gyro instruments, the magnetic compass, the rate-of-climb indicator, and the clock.

When the war ended in 1945, the base strength had reached a peak of 2,300 enlisted men, 300 officers, and an average of 250 pilot cadets per class. The end of hostilities significantly slowed training activities, so in 1946 the War Department directed the inactivation of the base.

With the end of World War II, Columbus AAF was first placed on "reduced activity status", and was inactivated on August 15, 1946. The airfield was void of military activity, however the facility was not returned to civil authority. Administrative control of the base was initially assigned to Barksdale AAF in 1946, then to Goodfellow AFB in 1948, then to Craig AFB in 1950.

When communist troops violated South Korea's borders and fighting broke out in 1950. To handle increased pilot requirements for the Korean War, Air Training Command (ATC) activated the now-renamed Columbus AIr Force Base on December 20 to be used as a station for a contract flying school. To manage the base, ATC established the 3301st Training Squadron (Contract Flying) on March 1, 1951. The contractor who provided pilot training was California Eastern Airways. The 3301st oversaw the contract flight instruction of about 3,000 pilots in PA-18 Piper Cubs and T-6s.

With the Korean War at an end and pilot production needs dropping, the decision was made to close the contract flying school at Columbus. In early 1955, Air Training Command ATC directed that the mission be moved to Moore Air Force Base, Texas.

But while the Air Force’s pilot training requirements were decreasing, its strategic air arm was expanding. During the 1950s, Strategic Air Command (SAC) wings had become extremely large. As the Soviet missile threat became more pronounced and warning time decreased, Strategic Air Command bases presented increasingly attractive targets. But by providing additional bases to which the aircraft could be dispersed, the enemy’s targeting problem would be compounded, and more bombers could become airborne within a given time period. It was therefore decided to break up these large concentrations of aircraft and distribute them among more bases. Thus Columbus Air Force Base was relinquished to the Strategic Air Command (SAC) in April 1955, the base being assigned to Second Air Force (2d AF).

The base began an active four-year rebuilding program to prepare the base for its new mission and to be part of SAC's base dispersal system. City fathers deeded an additional 3,600 acres (15 km2) to the base so that a northwest-southeast runway could be built, along with a 480-unit family housing project. It was not until December 1957, however, that officials at HQ SAC announced the base would become the home of a B-52 bombardment squadron and a KC-135 air refueling tanker squadron. To manage these units, on July 1, 1958, Strategic Air Command activated the 4228th Strategic Wing at Columbus, composed of the 492d Bomb Squadron (15 B-52Fs) and 901st Air Refueling Squadron (KC-135A tankers), being reassigned from the 7th Bomb Wing at Carswell AFB, Texas.

The first KC-135 Stratotanker, piloted by the wing commander, landed on the new runway on January 7, 1959. This was followed by the arrival of the first B-52 on May 28. In February 1963, SAC inactivated the 4228th Strategic Wing and activated the 454th Bombardment Wing, in its place. The 454th conducted air refueling operations, trained in bombardment operations and maintained a SAC nuclear alert posture.

In 1965 the 454th converted to B-52D, which was re-engineered for conventional bomb missions over Southeast Asia, although some B-52Cs were also assigned during 1968–69. As a result, the 454th wing headquarters, staff, tactical aircraft and crews and maintenance personnel were integrated into SAC's combat forces in the Pacific and Southeast Asia.

The 454th Bombardment Wing completed more than 100 missions to South Vietnam without losing a single bomber to enemy aircraft fire. In May 1967, General Edward O. Martin assumed command of the 454th Bombardment Wing at Columbus, and one month later he led the wing on its second deployment to the Western Pacific area in support of Southeast Asia operations and returned to Columbus in December 1967. In May 1968 the 454th Wing made its third deployment to the Western Pacific area, its second under the command of General Martin.

During their involvement in the Vietnam War, the 454th Combat Support Group operated Columbus AFB.

As the demand for pilots to support the war in Southeast Asia increased, the number of B-52s based stateside fell because they were needed overseas. At the same time, Minuteman and Polaris missiles were taking their places in strategic deterrence, replacing much of the bomber alert force. So, after 14 years under Strategic Air Command, Columbus Air Force Base rejoined Air Training Command July 1, 1969, and resumed the mission for which it was originally activated—training pilots.

In preparation for this transfer, Air Training Command had activated the 3650th Pilot Training Wing at Columbus on February 15. The first undergraduate pilot training (UPT) class—71-01—entered school on July 17.

Three years later, on June 1, 1972, Air Training Command (ATC) discontinued the 3650th and activated the 14th Flying Training Wing in its place, assuming its equipment, personnel and mission. This was part of a program to retain the legacy of Vietnam War combat wings which were being inactivated due to the phasedown of the USAF in Southeast Asia. The 14 FTW continues today as the host organization at Columbus.

In 1992, ATC was inactivated and the 14 FTW came under the newly created Air Education and Training Command (AETC) and AETC's 19th Air Force (19 AF).

In addition, Columbus Air Force Base has been designated a Space Shuttle Landing Site.

Recently both the South Gate and Main Gate have been reconstructed.

There are 570 households out of which 64.0% have children under the age of 18 living with them, 85.8% are married couples living together, 5.1% have a female householder with no husband present, and 6.5% are non-families. 5.6% of all households are made up of individuals and 0.7% have someone living alone who is 65 years of age or older. The average household size is 3.18 and the average family size is 3.27.