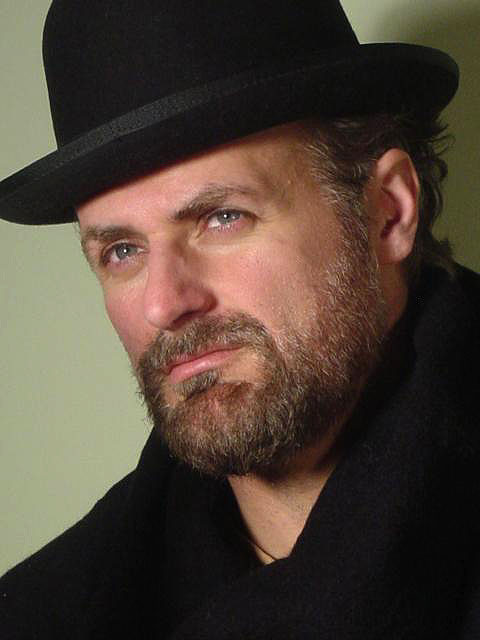 John LeKay (born ) is an English conceptual and installation artist and sculptor, who lives in .

John LeKay was born in London. He was educated privately and at Isleworth Polytechnic University, London in 1977.

1983&ndash;1986, he created an installation, "Non Terrestrial Black Bird of Paradise", consisting of a Inspired by the early work of Francis Bacon and the painting of a slaughtered ox by , he made a “meat series”, 1986&ndash;87. An example of this is the 1987 sculpture, "This is my Body this is my Blood", consisting of a cut open decapitated lamb carcass, nailed to a piece of plywood.

1990&ndash;1994, he made "pour paintings" out of acrylic lacquer metallic car paint, using a hair dryer on some and putting others on a see-saw, swivel table to turn and tilt the paintings to create different shapes as the paint ran.

In 1991, he exhibited in the group show "The Interrupted Life" at the New Museum of Contemporary Life, New York, [ [http://www.newmuseum.org/more_exh_interrupted_life.php "The interrupted life"] , New Museum of Contemporary Art. Retrieved 2007.] and showed "Cryonic Suspension Dewar", a container filled with at -196°C, 320°F below zero, a temperature which prevents biochemical and metabolic activity.

In April 1993, with a reputation as a "participant in a half-dozen trendy group shows"

Andrew Perchuk in "" saw in the display, "psychological disablement, the inability to experience the spiritual amidst the noise of materialism, kitsch, television, and our own laziness. At the same time we feel the oppressive nature of much organized religion, which holds out the promise of spiritual solace to those willing to pay up."

In 1993, inspired by Mayan skulls, he made 25 s, using crystal to create a glistening effect: "When the light hits it, it looks as if it is covered in diamonds."

In 1994, he held an exhibition, "Delires de L’Ange Neutre" (“Delirium of the Neutral Angel”), at the gallery in New York. [Ritchie, Mathew. [http://www.johnlekay.com/JohnWebFlasArt.MathewRitchie.Review.htm "John LeKay at Kenny Schachter Gallery New York"] , "Flash Art", January 1995. Retrieved from johnlekay.com, 2007.] The display consisted of an angel and fourteen demons, each displayed in their own . The figures were made from and this necessitated LeKay wearing a while he worked on the sculptures.

In 1996, LeKay exhibited with the Kenny Schachter at the third annual Gramercy International Contemporary Art Fair. Described as “tall and rather forbidding”, he arrived with a large carton containing a head made from . [Pall, Ellen. [http://query.nytimes.com/gst/fullpage.html?res=9801E1D61F30F932A3575AC0A960958260 "The do-it-yourself dealers"] , "", . Retrieved .]

In January 2005, LeKay started the heyoka magazine.com website, which campaigns against native American poverty and environmental pollution as well as featuring interviews with, amongst others, , and .

In 2007, when exhibited "", a platinum cast of a skull with the surface covered with diamonds, LeKay accused Hirst of copying his idea: "When I heard he was doing it, I felt like I was being punched in the gut. When I saw the image online, I felt that a part of me was in the piece. I was a bit shocked."