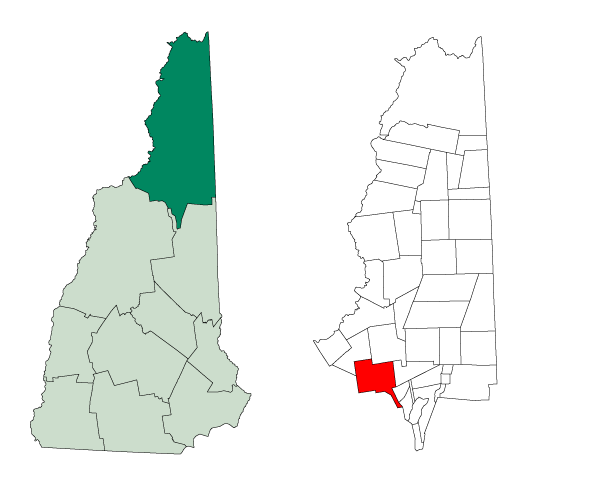 Carroll is a town in Coos County, , . The population was 663 at the 2000 census. The two largest villages are Twin Mountain and Bretton Woods. Carroll is an important access point for recreational areas in the White Mountains, including many 4,000-footers, the area, the , and the Presidential Dry River Wilderness. On the 1816 Carrigain of New Hampshire, Carroll is known as "Breton Woods."

Carroll is part of the Berlin, NH&ndash;VT Micropolitan Statistical Area.

Carroll was granted in 1772 with the name Bretton Woods, after Governor 's estate, Bretton Hall. In 1832 the name was changed to Carroll, after Charles Carroll, one of the signers of the . The town was incorporated in 1882.

Twin Mountain, which has a small airstrip, is primarily a summer and winter resort town located at the intersection of from Franconia and U.S. Highway 302 from Bethlehem. Bretton Woods is a year-round recreational and resort area on Highway 302 southeast toward Hart's Location. leads from Carroll to Jefferson, with scenic views of Whitefield, Lancaster and the northern White Mountains.

A substantial portion of the town is part of the , including Cherry Mountain ("Mount Martha", at convert|3554|ft|m above ), which is traversed by the ; and part of the , which contains Mount Deception, the summit of which at convert|3670|ft|m|abbr=on is the highest point in town. The southeast corner of town boasts the and . The rises at the confluence of several brooks and flows westward generally along Highway 302 through town. The rises in Crawford Notch and runs south-southeast to the coast.

There were 279 households out of which 24.4% had children under the age of 18 living with them, 56.3% were married couples living together, 7.9% had a female householder with no husband present, and 31.9% were non-families. 25.4% of all households were made up of individuals and 10.0% had someone living alone who was 65 years of age or older. The average household size was 2.34 and the average family size was 2.76.