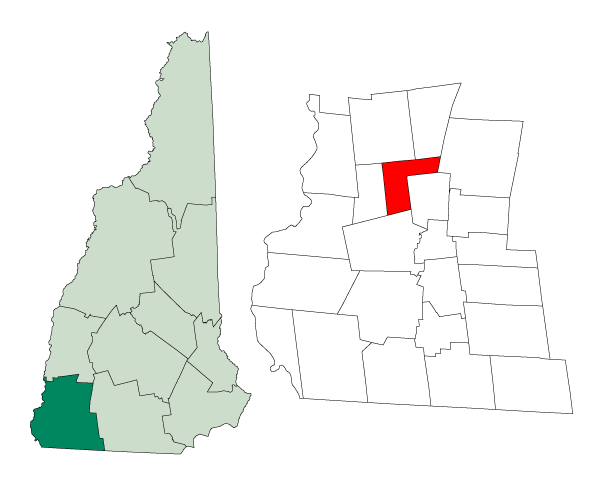 Gilsum is a town in Cheshire County, , . The population was 777 at the 2000 census. Home to the Bear's Den Natural Area, Gilsum includes Gilsum Lower Village.

The land was originally named "Boyle" after Richard Boyle, , when the land was granted by Colonial Governor in 1752, but Native American hostilities prevented settlement. When the grant lapsed, the town was rechartered in 1763 as "Gilsum," supposedly combining the surnames of its two major families, Gilbert and Sumner. It would be incorporated in 1787. Lucy Mack, the mother of the founder Joseph Smith, was born in Gilsum in 1775. The town contains the Stone Arch Bridge, completed in 1863 with the highest vault (36 feet, 6 inches) of any mortarless bridge in New Hampshire. In 1989, it was added to the National Register.

Gilsum used to be a center for the of and . High-quality crystals, especially , , and , can also be found. The once provided for mills. Today, Gilsum is headquarters to the W.S. Badger Company, makers of "s, s and ."

There were 310 households out of which 26.5% had children under the age of 18 living with them, 58.7% were married couples living together, 8.7% had a female householder with no husband present, and 29.0% were non-families. 23.9% of all households were made up of individuals and 6.5% had someone living alone who was 65 years of age or older. The average household size was 2.48 and the average family size was 2.90.