This entry is on the Amsterdam Stock Exchange before it merged into Euronext. 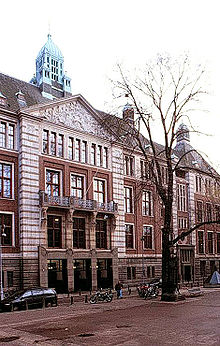 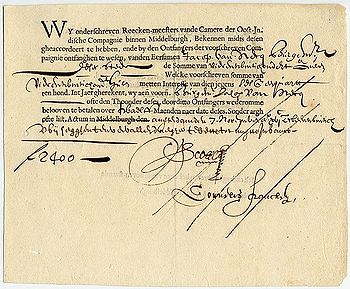 The Amsterdam Stock Exchange is considered the oldest in the world. It was established in 1602 by the Dutch East India Company (Verenigde Oostindische Compagnie, or "VOC") for dealings in its printed stocks and bonds. It was subsequently renamed the Amsterdam Bourse and was the first to formally begin trading in securities.

The European Option Exchange (EOE) was founded in 1978 in Amsterdam as a futures and options exchange. In 1983 it started a stock market index, called the EOE index, consisting of the 25 largest companies that trade on the stock exchange.

In 1997 the Amsterdam Stock Exchange and the EOE merged, and its blue chip index was renamed AEX, for "Amsterdam EXchange". It is now managed by Euronext Amsterdam.

The former Stock Exchange building was the Beurs van Berlage.