Established in 1855 under the auspices of the Church of England,[4] Geelong Grammar School has a non-selective enrolment policy and currently caters for approximately 1,500 students from Pre-school to Year 12, including 800 boarders from Years 5 to 12.[3] The school's fees are the most expensive in Australia, based on a comparison of Year 12 student fees.[5]

In 2010 The Age reported that Geelong Grammar School ranked second among Australian schools based on the number of alumni who had received a top Order of Australia honour.[6]

The school was founded in 1855 as a private diocesan school with the blessing of Bishop Perry by The Ven. Theodore Stretch, Archdeacon of Geelong, with an initial enrolment of fourteen boys. The school grew rapidly and in 1857 it was assigned £5,000 of a government grant for church schools by Bishop Perry, the foundation stone was laid for its own buildings, and it was transformed into a public school. The school closed due to financial difficulties in 1860, only to re-open in 1863 with John Bracebridge Wilson, who had been a master under Rev. George Vance, as Head Master.

For many years Bracebridge Wilson ran the school at his own expense and through this time boarders came to compose the greater part of the student body. In 1875, James Lister Cuthbertson joined the staff as Classics Master. He had a great influence upon the boys of the school and was much admired and loved by them in spite of his alcoholism. Upon the death of Bracebridge Wilson in 1895, Cuthbertson became acting Head Master until the appointment of Leonard Harford Lindon early in the next year.

Lindon ran the school for 15 years, but was never fully accepted by the old boys and lacked the personal warmth with the boys that had been seen with Bracebridge Wilson and Cuthbertson. By the turn of the century the school was outgrowing. its buildings in the centre of Geelong, and so it was decided to move the school. With this the school council decided to open the Head Mastership to new applicants - Lindon re-applied, but was rejected. Rev. Francis Ernest Brown was finally chosen as the new Head Master.

In 1909, the school purchased a substantial amount of land in the then rural Geelong suburb of Belmont bounded by Thomson, Regent and Scott Streets, and Roslyn Road. On 21 October 1910, Chairman of the school, W.T. Manifold turned the first sod that was expected to be the new era of the school.[11] These plans had faded by August 1911, when adjoining rural land was offered for sale as the Belmont Hill Estate. The school council indicated that the adjacent suburban subdivision would work against their plans for a boarding school, not one catering for day boys. The school made the decision to buy land on the opposite side of Geelong at Corio, with the land at Belmont, sold for further residential subdivision.[11] 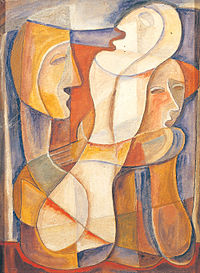 At the end of 1927 the school left its old buildings near the centre of Geelong for the last time to move to an expansive new site at Corio. Brown put a greater emphasis on religion than his predecessors, and the new isolated location with its own chapel was ideal for this.

Upon Brown's retirement in 1929 the school council set out to find a 40 year old married clergyman as the next Head Master, they ended up choosing James Ralph Darling, a 30 year old layman and bachelor. This proved to be a most successful choice, ushering in an era of creativity, and massive expansion through the school purchasing the Geelong Church of England Grammar Preparatory School in 1927, Glamorgan in 1928, and starting Timbertop in the 1950s. Darling attracted many acclaimed in their fields to work as masters at the school including the historian Manning Clark, musician Sir William McKie, and artist Ludwig Hirschfeld Mack.

Thomas Ronald Garnett succeeded Darling in 1961 taking the school down a liberal path, most notably in early steps towards co-education with girls from Geelong Church of England Girls' Grammar School "The Hermitage" taking certain classes at Corio by the early 1970s and accepting girls into the senior years from 1972, but also through acts such as making chapel non-compulsory (since reversed).

He in turn was succeeded by the Hon. Charles Douglas Fisher, under whom Garnett's co-educational ideas were achieved. In a staff meeting in which the votes for and against co-education were equal he cast the deciding vote that led to G.C.E.G.S. accepting girls through all levels of the school. In 1976, after a year of negotiations, G.C.E.G.S., G.C.E.G.G.F.S. "The Hermitage", and Clyde School amalgamated. Fisher died as the result of a car accident on the way to Timbertop for an end of year service in 1978. 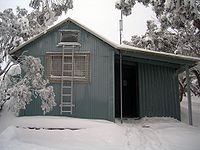 An interregnum of a couple of years followed until the appointment of John Elliot Lewis in 1980. Under the leadership of Lewis the school set about renovating the boarding and day houses to try and bring them up to somewhere near acceptable modern standards (which was successful), and a focus on improving academic results for while the school had offered a generally rounded education its poor academic performance had earned it the tag of a "finishing school for idiots." In part, this was achieved through introducing timetable flexibility to allow able later-year high-school students to undertake Victorian Certificate of Education studies ahead of their cohort. The school is now one of 43 high schools in Australia to offer the International Baccalaureate Diploma programme as an alternative to the VCE. The later years of Lewis' Head Mastership saw an effort (which has been largely successful) to make the school less hierarchical.

The period since Lewis has seen two Head Masterships by Lister Hannah and Nicholas Sampson, and in 2004 the appointment of the current Head Master, Stephen Meek.

We ask each of our students to develop strengths, ambitions and hopes, and to be responsible and caring citizens who have confidence in their capacity to make a difference.

We engage our students and staff in our dynamic family; they care for each other and they belong to an international community that values commitment; scholarship; integrity and service.

Through first class teaching and facilities, exceptional pastoral care and sound Christian values, we inspire our students to flourish, to embrace their learning opportunities and to lead positive, meaningful and engaged lives.

The school had planned in the 1990s to open a campus in northern Thailand, but the project was cancelled following the 1997 Asian Financial Crisis, as the Thai government suspended many major projects,[13] and also due to the collapse of the hillside site on which the campus was to be built, as the school had failed to undertake a geological survey to establish the suitability of the site. The school lost approximately $3.5 million in this planning failure.[citation needed]

School, God keep you: keep you holy. We, your sons, and daughters.

Love you as true sons a mother, and your praises here are sung.

O Corio, may you floruish, glory gain in all you do:

May you grow in (manly) virtue, may you gather honour true.

Like the heroes of past ages, striving with the Trojan spirit,

So may we be brave and zealous, so may we true manhood merit.

So Corio, brightly shining, may excel in work and play;

So may flowers or virtue grow here, so may fame attend our way.

Whether victors or defeated, generous instincts in us burning,

Faith in that's all good and true, all that's mean and sordid spurning,

Of their utmost - may be glorius, loved by all, hence truly living.

May we do the most we can, on river, field, and learning's height;

Mind and body, heart and spirit, all be whole and filled with light.

So Corio, city shining, loved and served as in the past,

May grow greater, flourish ever: be fulfilled in heaven at last.

Creator of Heaven and Earth,

Father of our Lord Jesus Christ,

Send upon us Your Holy Spirit,

That we may learn to be wise,

By loving You and our neighbour

In this school of the Lord's Service, 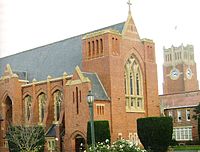 The Chapel of All Saints

Some notable buildings at Corio include:

The Handbury Centre for Wellbeing aka. The Wellbeing Centre

The Handbury Centre for Wellbeing is Geelong Grammar's main centre for sport, health and overall wellbeing. It was opened on 20 April 2008. The Centre comprises a multi purpose sports hall, a FINA-accredited 25 metre pool with diving bowl, a fitness centre, a dance studio, the John Court Café, the GGS Shop and the School's Medical Centre, Kennedy, that also has rooms for counselling services and physiotherapy.

Perry Quad Built in 1913 and extended in the 1930s the Quad is located at the centre of the school between the Dining Hall and the Chapel. It houses classrooms, school administration, the Morris Room (staff dining room), three staff residences ( The Dovecote, The Eyrie, and the Vicarage), the Hawker Library, and until 1986 Perry House. The central quadrangle is grassed and there is a fountain in its centre. It is often used for assemblies and plays. The clocktower is on the eastern side of the Perry Quad.

Hawker Library Originally the school library, its decor dates from the 1940s. From 1979 it housed the History Library, and was in 2005 converted into the Michael Collins Persse Archives Centre and School Museum.

The Cloisters Linking the Quad and Chapel, the Cloisters are the school's main war memorial. There are plaques commemorating OGGs who died in the First and Second World Wars at either end. The ANZAC Day service is held around the Cloisters every year. Silence is to be maintained at all times in the Cloisters.

Chapel of All Saints Built in stages between 1914 and 1929 the Chapel is at the spiritual centre of the school. All students must attend a weekday service and boarders must also attend on Sundays. The 3 manual organ was originally built by Hill in 1909 and was expanded in 1958 by J. W. Walker.

Dining Hall Built in 1913 and extended in 1933 the Dining Hall is where all Senior School students take meals. There are paintings of all former Head Masters of GGS, as well of some of the school founders, and some the Headmistresses of The Hermitage and Clyde.

Darling Hall Built in the 1960s the Darling Hall serves as the Middle School Dining Hall and Examinations Hall. At its East end is the sanctuary that was originally in the Assembly Hall of The Hermitage.

Music School Built in 1938 and standing out as one of the few buildings at Corio not constructed with red bricks, the Music School contains many small practice rooms, a band room, and the Music Hall, which is used for many concerts by students, staff, and visiting musicians.

Art School Built in 1937 the Art School served as the only centre for art in the school until the construction of the Sinclaire and Hirschfeld Mack Centres in the last 5 years. It remains at the centre of art in the school, being used mostly for painting and drawing.

Fisher Library Built in 1979 and renovated and extended in 2005 the Fisher is now Senior School's sole lending library, now incorporating the collections of the former History Library.

Cook Quad Built in stages until the 1930s the Cook Quad houses most of the school's Science Department. [14] 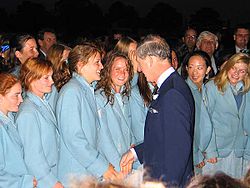 In 2001, The Sun-Herald ranked Geelong Grammar School fourth in Australia's top ten boys' schools, based on the number of its male alumni mentioned in the Who's Who in Australia (a listing of notable Australians).[15][a] Amongst the school's notable alumni are: HRH Charles, Prince of Wales; Media mogul Rupert Murdoch; Portia De Rossi, John Gorton, Prime Minister of Australia (1968–1971); HM Sultan Mizan Zainal Abidin, Sultan of Terengganu, King of Malaysia; and Kerry Packer, who was Australia's richest person at the time of his death.