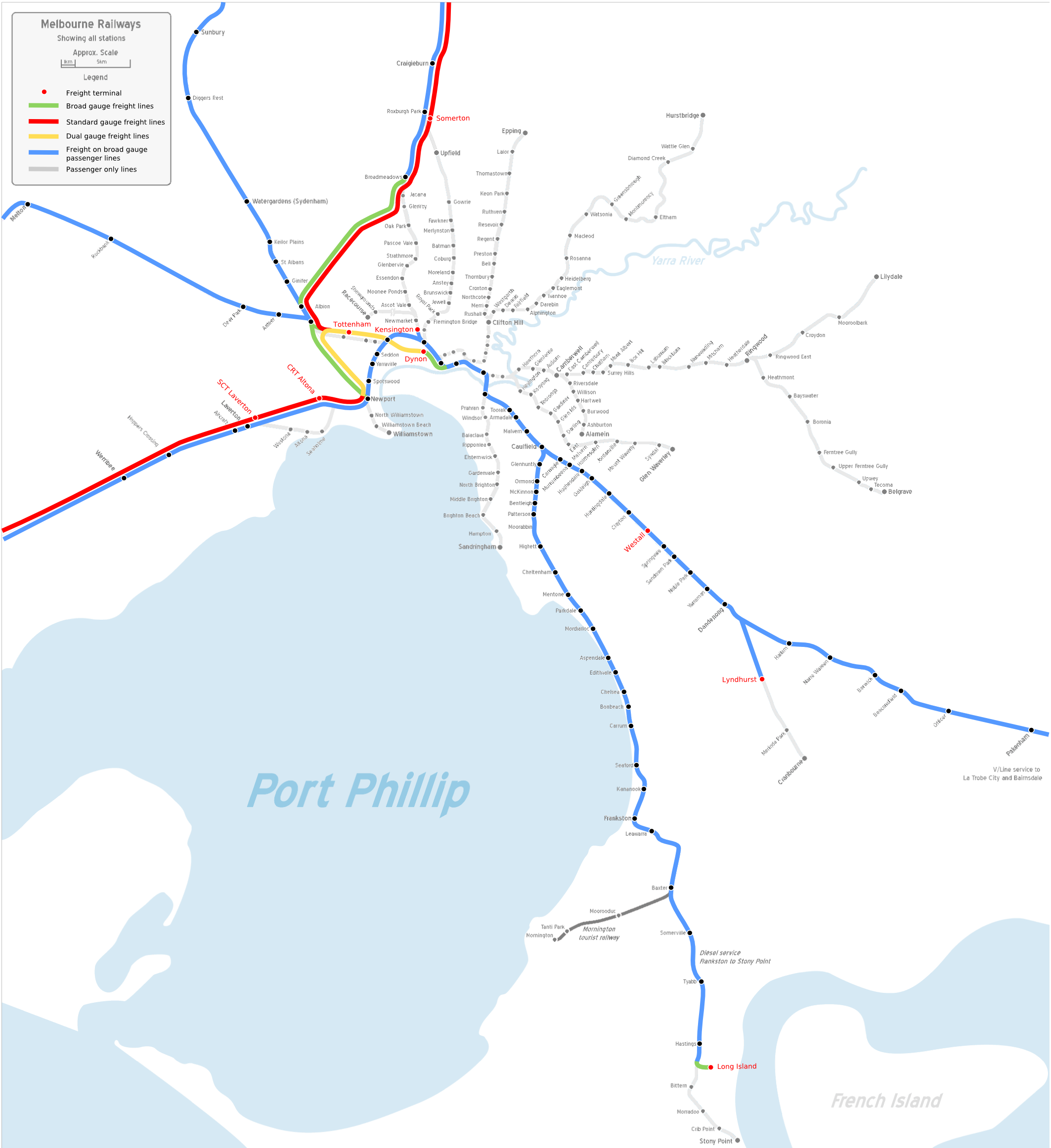 The Albion-Jacana line is a railway line in the western suburbs of , . Linking Albion station on the Sydenham line to Broadmeadows station on the Craigieburn line, it is a primarily freight only line with no overhead wires, passenger stations or platforms.

The line was opened on July 1, 1929 to allow freight trains to avoid the steeper grades and busy suburban traffic on the Broadmeadows line via Essendon.

Built as a railway, two major steel viaducts were required to cross the and valleys. The is 179 feet (54.6 m) above the riverbed at its highest point and is the tallest bridge in Victoria. [cite web
url=http://www.historyvictoria.org.au/pdf/questions.pdf
title=The Railway Top 20!
work=History Victoria
publisher=www.historyvictoria.org.au
accessdate=2008-03-30]

Standard gauge in blue, broad gauge in red. Distances on the line are measured via Albion.