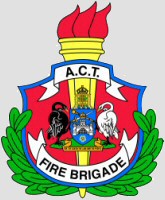 The ACT Fire Brigade is the urban and rescue service for the . It along with the , and are part of the (formerly the ACT Emregency Services Authority).

The ACT Fire Brigade maintains an extensive inventory of equipment to deal with a range of fire, rescue and hazchem duties.

The Brigade are capable of high rise fire fighting and occupant egress using the "Bronto" Platform, an advanced platform capable of reaching up to twenty stories. As buildings are now being developed in Canberra that exceed the height of the Bronto, a replacement is due to be chosen in coming months. A new Heavy Rescue Pumper and an Urban Search and Rescue vehiclewill also be added to the fleet.