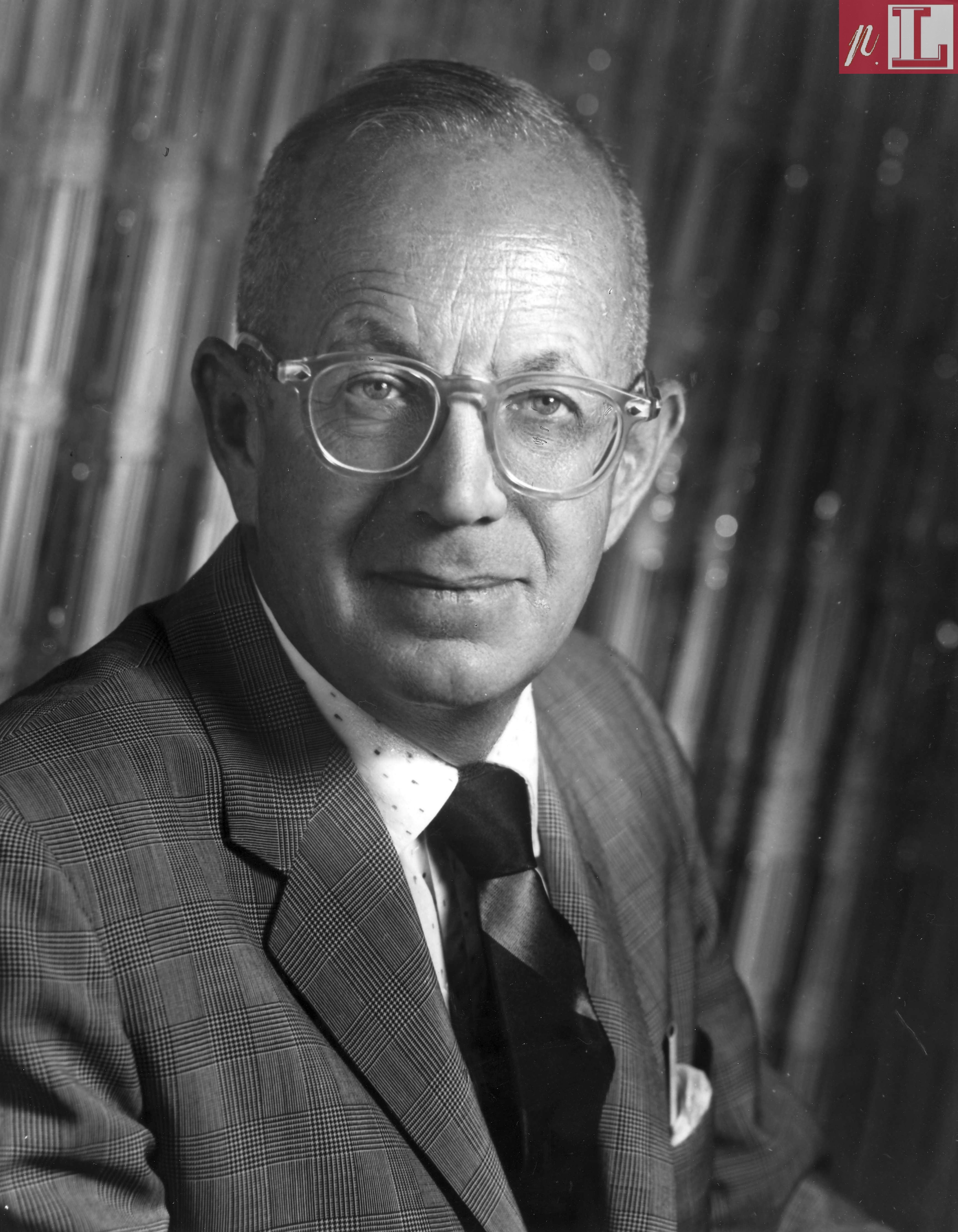 Paul László or Paul Laszlo [The former spelling is the original Hungarian spelling, but the name is often Anglicized to the latter.] ( – ) was a Hungarian-born modern and interior designer whose work spanned eight decades and many countries. László built his reputation while designing interiors for houses, but in the 1960s, largely shifted his focus to the design of retail and commercial interiors.

He was born (as László Pál) in , (then part of the ) to László Ignác and László (born Soros) Regina; his family later moved to , Hungary. Sources citing his birthplace as are incorrect. He had three sisters and two brothers; two of his sisters and both of his parents died in the along with seven other relatives not in his immediate family.

László completed his education in , before moving to , , where he rapidly established himself as a prominent designer, winning the admiration of, among others, . However, the rising tide of and made László's position precarious in due to his ancestry. In 1936 he fled Europe for the to escape the Nazis. Ironically, without László's knowledge, some of his work appeared in 's (the "") near which infuriated , chief architect of the and close advisor to Hitler. This incident convinced László he had to leave his family, his practice and his friends because Europe was no longer safe for him. He applied for and accepted a professorship teaching architecture in . However, never intending to go to , László was hidden by friends of his until he was able to get passage on an oceanliner, which was not headed to South America, but rather .

Arriving in New York City, he immediately bought an automobile, drove to and established an office in affluent , . László's reputation preceded him. He was popular with the wealthy political and acting elite, including such persons as , , , , the , , , , , , , , , , , , and Robert Taylor. Although he deeply loved his adopted Los Angeles, his work remained international in scope. His designs were opulent yet never over-stated; expensive and executed with impeccable taste. His projects left nothing to chance and he would design virtually all aspects including furniture, fabrics, drapes, rugs, lamps and other fixtures. He was notoriously intransigent in his design projects but with his own unique style, few complained because of the overwhelming impact of his completed projects. László personally preferred generously dimensioned furniture but for one client who was sensitive about his small stature, László designed all of the furnishings in slightly less than standard scale. László was delighted when the client later told him that the new house made him feel tall for the first time in his life. As he devoted more and more of his efforts to interiors, he seldom would accept architectural commissions. He was known for rejecting clients when he thought the relationship would be unsatisfactory to him. Most famously, he refused to design for in 1960 at the height of her celebrity, due to her demands for design input; later, he refused to design for for similar reasons.

In 1948, László joined with George Nelson, and to design for the Herman Miller company. The furniture lines presented by Herman Miller from 1948 have been called the most influential groups of furniture ever manufactured. Nevertheless, László was not pleased with the arrangement and the relationship ended in 1952. For over 20 years, László maintained his design studio at 362 North in Beverly Hills. The studio also had a small area showcasing his work and helped him achieve even greater prominence. He designed department stores for , Goldwaters, Robinson's, , Halls (, Kansas City), Hudson's Bay and . Also, he designed many of the casinos and showrooms in the -owned hotels in Las Vegas. László achieved further fame with his elegant designed for the . As well, he conceived "Atomville" which was a futuristic underground city.

As evidence of László's long and highly regarded career, photographs, renderings and descriptions of his work appear in books and periodicals from every decade starting in the 1920s and are still being published in the 21st century. "Time" magazine (August 18, 1952) [http://www.time.com/time/printout/0,8816,816723,00.html] described him as "the Millionaire's Architect" in an article about László. He had an ability to combine colors which might seem irreconcilable, yet when seen as a whole, were incredibly warm and beautiful. It was this use of color along with the large scale but gentle and flowing lines to his designs and the integration of an entire project which made his work so memorable. His designs were uniformly simple, but never simplistic.

He served in both fighting with the Hungarian at the Italian front in the first war. He enlisted in the and served domestically in the second.

Autobiographical information is available on László's life in the publication "Designing With Spirit," an oral history conducted by the . Also, László donated much of his original materials to the School of Architecture at the .

His work is occasionally displayed at the in New York City and is frequently seen in national and international retrospectives on 20th-century design.

Paul László was married twice and had one son (Peter Paul) with his second wife, the starlet . He was also the uncle of world-champion bridge player . He was fluent in English, Hungarian, French, and German. One brother (Elemer) survives and now lives in , Canada.