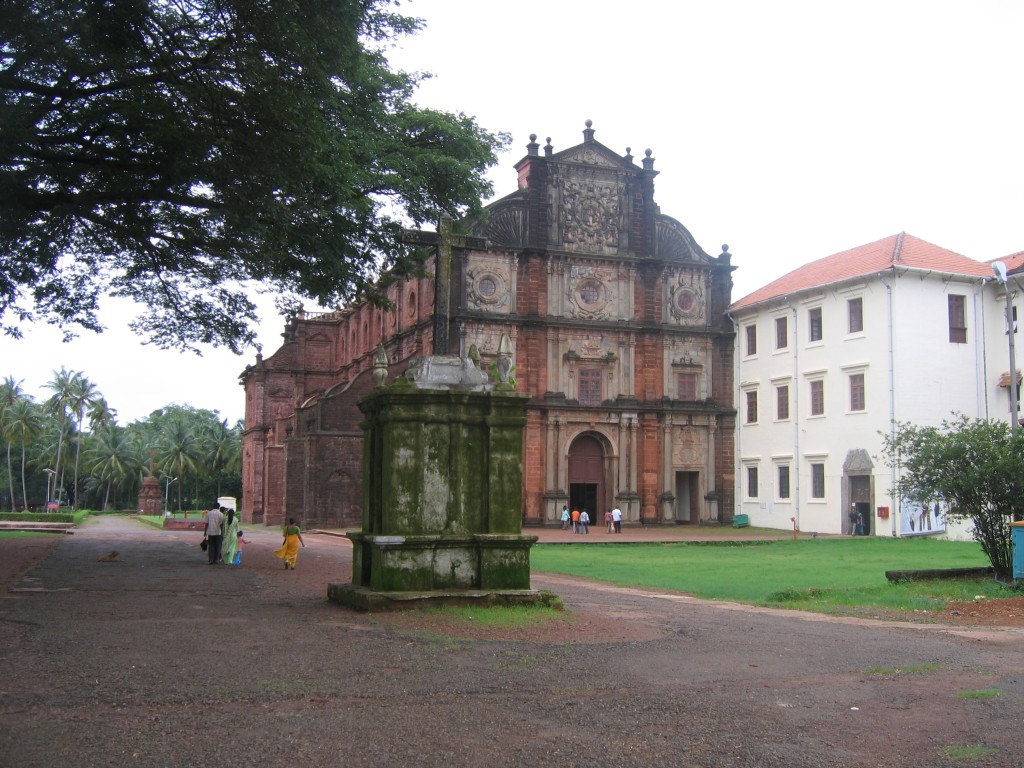 'Bom Jesus' (literally, 'Good (or Holy) Jesus') is the name used for the infant Jesus. The Jesuit church is India’s first , and is considered as one of the best examples of in India.

This monument built in and has emerged as a landmark in the . It contains the body of St. Francis Xavier; a very close friend of St. with whom he founded the (Jesuits). Francis Xavier died on the island while waiting for a ship to take him to Continental (, ).

The body of Francis Xavier was first taken to and two years later shipped back to Goa. It is said that the saint's body was as fresh as the day it was buried. The remains of the saint still attract a huge number of devotees (Christian and non-Christian alike) from all over the world, especially during the public viewing of his body every ten years (last held in 2004). The saint is said to have miraculous powers of healing, and s come from all over the country.

This is one of the oldest churches in and is carpeted with flooring and inlaid with precious stones. Apart from the elaborate gilded altars, the interior of the church is simple. The church also holds paintings with scenes taken from the life of St. Francis Xavier. The mausoleum on the top of which is placed the silver casket with the body of St. Francis Xavier (1696) was the gift of the last of the , , the .

The mausoleum was designed by the 17th century Florentine sculptor . It took ten years to complete. The casket containing his body is made of . The holy relics of the saint are displayed every ten years during the anniversary of the Saint's death. His liturgical feast is the third of December.

Author and fellow Jesuit was also from Goa and does mention the basilica in his writings.

The Basilica of Bom Jesus church at Goa, India, is more than 400 years old. The body of St. Francis Xavier, kept in a well decorated casket which is seen in the photographs below, is open to the public everyday. Solemn exhibitions of the 'body' are held every ten years. Some photos taken inside the church are attached for better understanding of the art work of that time. These art works are called "Murals".