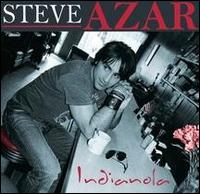 "Indianola" is the third studio album by country music artist . His first studio album since "" from six years previous, it was initially to have been released in April 2006 on , the same year that its lead-off single "You Don't Know a Thing" charted at #49 on the "Billboard" country charts. However, the album was not released until May 2008, on Azar's own Dang Records label.