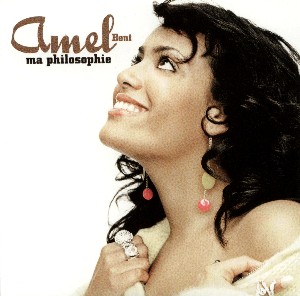 "Ma Philosophie" is 's debut single, from her album "Un Jour d'été". It was released in , in . To date, it is her most successful song, topping the charts in and ().

This was writing by herself in collaboration with French rap singer . This song has lyrics that reveals positive sides of women.

The music video deals with the various types of women and shows Amel Bent alternately as a businesswoman, a materialistic woman, a waitress and even a daily woman who is with her friends.

"My Philosophy" was named the as 'Original song of the Year'.

In , the single went straight to number one Singles Chart on , , staying for six consecutive weeks. It remained for 12 weeks in the top ten, then didn't stop to drop quickly on the chart, totaling 15 in the top 50 and 18 weeks on the chart (top 100).

The single featured for 24 weeks on the Ultratop 40, from to , 2005. It debuted at #21, then climbed to #3 and reached #1 the following weeks, staying there for seven consecutive weeks.