Nandurbar district
This article is about the district. For its eponymous headquarters, see Nandurbar.

Nandurbar (Marathi: नंदुरबार जिल्हा) is an administrative district in the northwest corner (Khandesh Region) of Maharashtra state in India . On 1 July 1998 Dhule was bifurcated as two separate districts now known as Dhule and Nandurbar. The district headquarters are located at Nandurbar city. The district occupies an area of 5035 km² and has a population of 1,311,709 of which 15.45% were urban (as of 2001).[2]

Current site for the construction and operation of the world's largest wind farm having an output of 1000MW is just 30 km away from Nandurbar city. This project is being undertaken by Suzlon Energy. Suzlon also has local manufacturing units at this site for making WTG tower and blades.

There is one Lok Sabha constituency in the district which is Nandurbar (ST) reserved for ST. There are four Maharashtra Assembly seats namely Akkalkuwa (ST), Shahada (ST), Nandurbar (ST), Nawapur (ST).

Before 1 July 1998 Nandurbar was part of the larger Dhule district. Nandurbar, Dhule and Jalgaon districts formed what was known as the Khandesh district. Dhule was known as the west Khandesh whereas Jalgaon was known as the east Khandesh. So, much of history applicabe to Khandesh and Dhule, is applicable to Nandurbar. Nandurbar is also known as Nandanagri as the king Named Nandaraja was the ruler of this territory. The ancient name of this region was Rasika. It is bounded on the east by Berar (ancient Vidarbha), on the north by the Nemad district (ancient Anupa) and on the south by the Aurangabad (ancient Mulaka) and Bhir (ancient Asmaka) districts. Later the country came to be called as Seunadesa after king, Seunchandra of the Early Yadava dynasty, who ruled over it. Subsequently its name was changed to Khandesh to suit the title Khan given to the Faruqi kings by Ahmad I of Gujarat.

During Aryan's penetration of the Deccan, Agastya was the first Aryan who crossed Vindhya and resided on the bank of river Godavari. This territory became part of the Mauryan Empire during Chandragupta's southern conquest of India. Pusyamitra, the founder of Sunga dynasty overthrew Maurya dynasty and thus ruled this region. Later on the Satavahanas ruled over this region.

About 250, the Satavahans were supplanted by the Abhiras in Western Maharashtra (Regan Isvarsena). The names of feudatories of Abhiras who ruled in Khandesh have come to light from copperplates discovered at Kalachala (Gujarat) and Cave X5II at Ajanta. After the downfall of the Satavahans the Vakatakas rose to power in Vidarbha. The Vakatakas were overthrown by the Rashtrakuta family. This region was then ruled by the Chalukyas of Badami and subsequently by the Yadavas.

In 1296, Ala-ud-din Khilji invaded Ramachandra Yadava who had to pay a heavy ransom for the defeat. Ramachandra's successor Singhana III challenged the supremacy of Khilji, who sent Malik Kafur to recapture Devagiri in 1310. Singhana III was killed in the ensuing battle and Khilji's army occupied Devagiri. In 1318 the last Rajah of Devagiri Harpal was flayed alive thus comprehensively ending the Yadava rule of Devagiri. In 1345, Devagiri was passed into the hands of Hasan Gangu, the founder of Bahamani dynasty.

However, Khandesh formed the southern boundary of the Tughluq empire. In 1370, Firuz Shah Tughlaq assigned the district of Thalner and Karavanda to Malik Raja Faruqi, the founder of Faruqi dynasty. His family claimed descent from the Caliph Umar-al-Faruq. He established himself at Thalner. The Governor of Gujarat honored Malik Raja with the title Sipahsalar of Khandesh. From the title Khan the region came to be known as Khandesh: the country of the Khan.

By 1382, he became a completely independent ruler of Khandesh. At the time of his accession, Khandesh was a backward region populated by a few thousand Bhils and Kolis. The sole prosperous area in Khandesh was Asirgarh, populated by the rich cowherds, Ahirs. One of the first acts of Malik Raja was taking steps to develop the agriculture in his kingdom.

During his rule he was able to increase his area of control to such an extent that even the Gond Raja of Mandla was forced to pay tribute to him. Soon after his accession as an independent ruler, he attacked Gujarat and annexed Sultanpur and Nandurbar. Almost immediately, the governor of Gujarat Zafar Khan (Muzaffar Shah) retaliated and laid siege to Thalner. Malik Raja had to return back all the territories annexed by him. He died on 19 April (April 28, according to Ferishta), 1399 and was buried in Thalner

Nasir Khan or Malik Nasir (also known as Garib Khan) was the elder son of Malik Raja, who succeeded him in 1399. He commenced his rule from Laling, as Thalner was under the control of his younger brother Malik Iftikar Hasan. Soon after his accession in 1400, he captured the fort of Asirgarh and killed its Ahir ruler, Asa Ahir. It became his capital till he shifted to Burhanpur, the new city founded by him. In 1417, with the help of Malwa sultan Hoshang Shah, he captured the fort of Thalner and imprisoned his brother Malik Iftikar (who was later granted asylum in Gujarat). Next, the combined forces of Khandesh and Malwa attacked Gujarat and occupied the Sultanpur fort. But soon, Gujarat sultan Ahmad Shah’s general Malik Turk repulsed the attack and Thalner was besieged. After swearing fealty to the Gujarat sultan, the siege was ended and Ahmad Shah honoured Malik Nasir with the title of Khan.

In 1429, Nasir Khan married off his daughter to the Bahamani prince Ala-ud-Din (Ala-ud-Din Ahmad Shah II), son of Ahmad Shah I. In the same year, Raja Kanha of Jhalawar fled from Gujarat and took refuge in Asirgarh. Later on his advice, Raja Kanha went to Bidar to ask help from the Bahamani sultan Ahmad Shah I. After initial advances in Nandurbar by the Raja along with the legions of Khandesh and Bahamani army, the Gujarat army defeated the combined forces.

In 1435, Nasir Khan supported by the Raja of Gondwana and some discontented Bahamani officials attacked and captured Berar. The Bahmani governor fled to Narnala. In retaliation, the Bahamani sultan Ala-ud-Din Ahmad Shah II’s army led by his general Malik-ut-Tujjar, first defeated him in Rohankhedaghat, then followed him to Burhanpur, ransacked the city and finally crushed his army in Laling. Nasir Khan died within a few days after this humiliating defeat on 18 September (September 19, according to Ferishta), 1437. He was also buried in Thalner.

Thus, from the period 1382 to 1601 Khandesh was successfully ruled by the Faruqi dynasty. The last ruler of the Faruqi dynasty was Bahadur Shah. On 10 December 1600 Bahadur Shah surrendered to Akbar but the fort was still held by his general Yakut Khan. Asirgarh fell to the Mughals only on 17 January 1601. Khandesh was annexed to the Mughal empire. Prince Daniyal was appointed viceroy of the Subah. Bahadur Shah was taken prisoner and he died later in Agra in 1624. Khandesh was fancifully named by Akbar as Dandes after his son Daniyal.

After the Mughal Empire's decline, the Marathas took control of Khandesh and subsequently on 3 June 1818 the Maratha Peshwa surrendered Khandesh to the British rule.

Nandurbar had its own share in the Indian struggle for independence. It was here that during the Quit India Movement of 1942 Shirish Kumar, a mere boy of 15 years, lost his life by a gun shot. A small memorial has been erected in memory of Shirish Kumar in the square where he shed his blood.[4]

Others are: Marathi, Hindi, Bhili, Gujar/Gujrathi and Kokani.

In 2006 the Ministry of Panchayati Raj named Nandurbar one of the country's 250 most backward districts (out of a total of 640).[8] It is one of the twelve districts in Maharashtra currently receiving funds from the Backward Regions Grant Fund Programme (BRGF).[8] 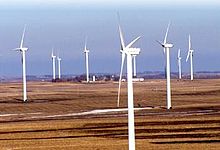 Summer is from March to mid of June. Summers are usually hot and dry. During the month of May the summer is at its peak. Temperatures can be as high as 40° Celsius during the peak of Summer. The Monsoon sets in during the mid or end of June. During this season the weather is usually humid and hot. The northern and western regions receive more rainfall than the rest of the region. The average rainfall is 767 mm through the district.[10] Winter is from the month of November to February. Winters are mildly cold but dry.