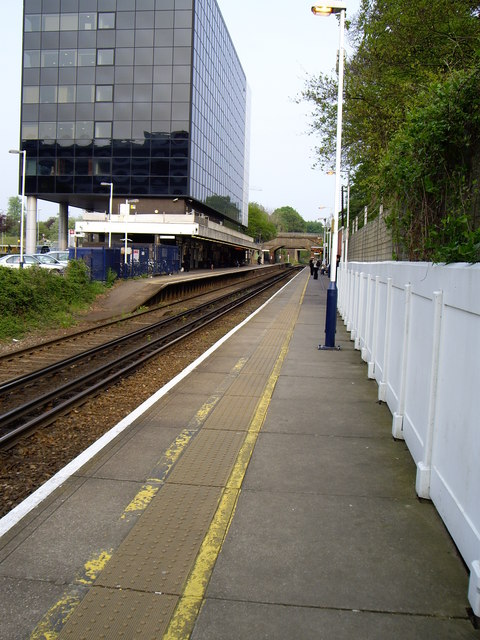 Bracknell railway station is a serving the town of in , . The station, and all trains calling there, are operated by . It is on the London Waterloo-Reading line.

The station was opened by the in , and was taken over by the in . Following re-development in , the station is situated directly underneath the Bracknell Quintiles building. The station's goods sidings closed in [cite web|url=http://www.bracknell.gov.uk/the-coming-of-railways.pdf|title=The Coming of Railways|publisher=Bracknell Forest Borough Council|date=1999|accessdate=2008-03-06] .

Trains operate between London Waterloo and Reading every 30 minutes, 7 days a week. On weekdays there are extra afternoon peak time trains from Reading which terminate at Ascot.

Bracknell bus station is adjacent to the railway station.

In 2008, enhancements are underway to improve access for wheelchair-bound passengers, and those with baby-vehicles or bicycles. At present, the only way to reach the down (Reading-bound) platform is over the steps of the classic Southern Railway -vintage concrete footbridge at the London end of the platforms.