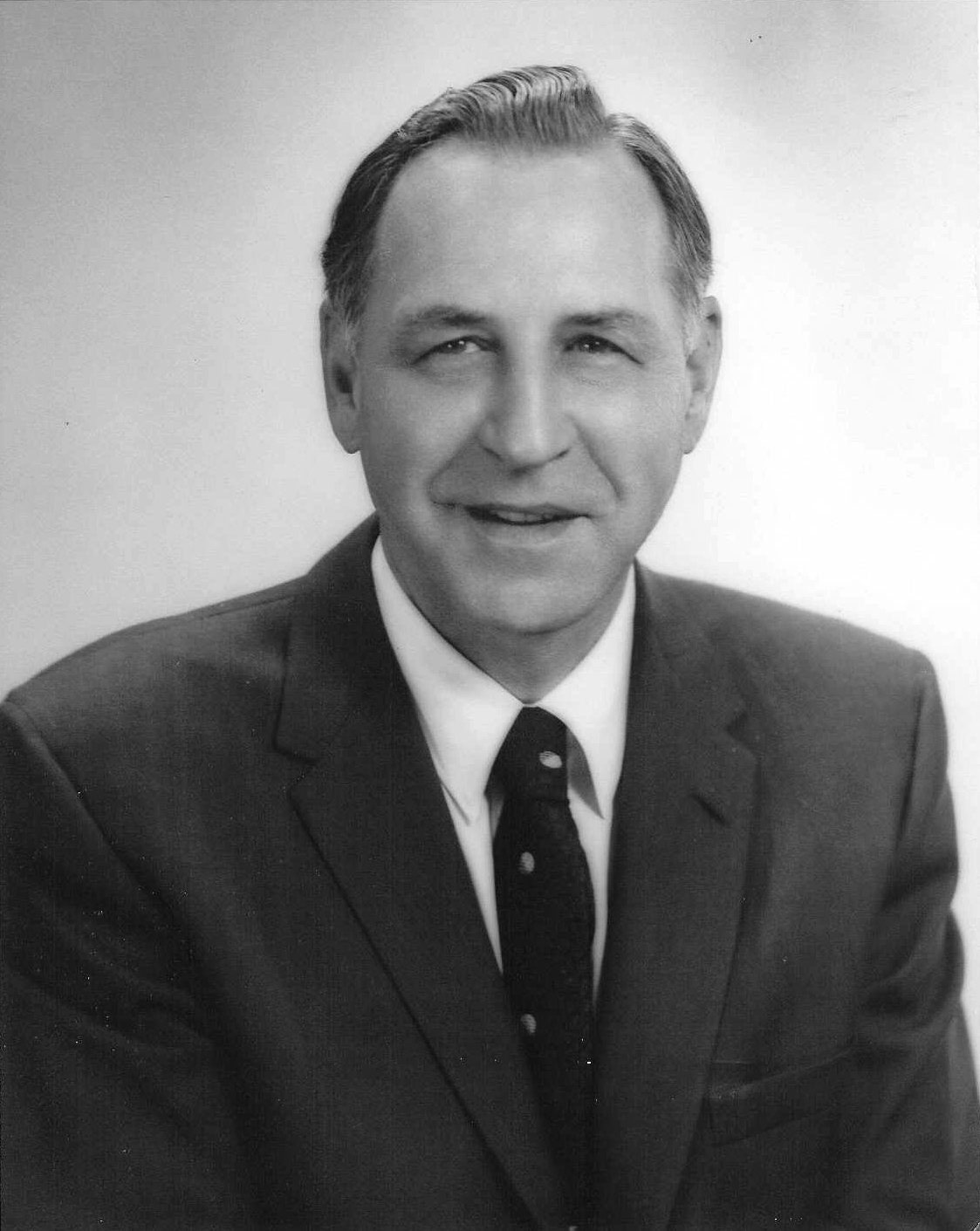 John Kenneth Hilliard (1901, -1989) was an American acoustical engineer who pioneered a number of important loudspeaker concepts and designs. He helped develop the practical use of recording sound for film, designed movie theater sound systems and he worked on radar as well as marine detection equipment during . Hilliard collaborated with in creating the renowned Altec Voice of the Theatre speaker system. Hilliard researched high-intensity acoustics, vibration, miniaturization and long-line communications for and the Air Force.

Hilliard's wife Jessamine Hilliard was a published researcher in the fields of allergies, enzymes, hormones and radiology. [ [http://links.jstor.org/sici?sici=0002-936X(194406)44%3A6%3C619%3AAYA%3E2.0.CO%3B2-P Jessamine Hilliard, 1944. "Are You Allergic?"] ] In 1932, she introduced Hilliard to a young electrical engineer working at her laboratory, a doctoral graduate fresh out of : Dr. John "Blackie" Blackburn, a man Hilliard would continue to associate and collaborate with in many technical endeavors.

Born in 1901 in , Hilliard received his B.S. degree from in at 24 years of age. He then obtained a at the . He married and began working toward a Masters degree.

After the release of , all the major film companies were racing to hire audio engineers so they could record and reproduce sound for film. Through common acquaintances at Electrical Research Products, Inc. (ERPI) within ,

In 1933, MGM hired Hilliard away from UA. His first assignment was to fix their problematic recording amplifiers whose overall phase shift measured out to a voice-distorting 1500 degrees. Hilliard's solution was to use higher linearity transformers obtained from Lansing Manufacturing Company; in this way, Hilliard met James B. "Jim" Lansing. In 1934, Hilliard helped his friend Dr. John F. Blackburn get a position as design engineer at Lansing. In 1935, Hilliard and his team at MGM solved the problem of recording 's strong operatic tenor alongside 's flat and weak soprano voice, picking up an Academy Award for Sound Recording on the duo's first film together: "Naughty Marietta".

As part of his work to reduce the weight of sound equipment at MGM, Hilliard approached James "Jim" Cannon of Cannon Electric in Los Angeles regarding the machining of a smaller, lighter version of Cannon's heavy-duty electrical connectors that Western Electric had been using for motors and microphones. The resulting lightweight 6-pin Cannon connector eventually evolved to become the industry standard 3-pin connector for microphones; the . [ [http://k-bay106.com/history.htm Jesse Klapholz. "The History and Development of Microphones" SOUND & COMMUNICATIONS magazine, September 1986] ] Though the was underway, Cannon Electric was kept very busy producing the popular connectors for film studios.

Hilliard's continued contact with Lansing and Blackburn led to a conversation about the poor state of loudspeakers in movie theaters. The three men shared ideas about how best to improve existing designs. Hilliard took his plans to MGM's head of sound, (brother of ), who decided to fund the effort. Hilliard was made responsible for the concept and design of the project. Lansing Manufacturing was tapped to develop the drive units while Hilliard worked to improve the electronic components. What came out of this collaboration was a well-received industry standard loudspeaker system, "The Shearer Horn System for Theatres" (1937) [ [http://www.lansingheritage.org/images/lmco/bulletins/2b.jpgLansingheritage.com: (1937 brochure image) "The Shearer Horn System for Theatres"] ] , that garnered a technical award "Oscar" for sound from the .

John K. Hilliard left MGM in 1942 to join his friend Dr. John F. Blackburn who had begun research for to work on radar development for U.S. military applications. His work at MIT in led in 1943 to an employment opportunity back in Los Angeles at where he improved their Magnetic Anomaly Detector (also known as "Magnetic Airborne Detection" (MAD)) system for (ASW).

Voice of the Theatre

In 1944, Hilliard returned to entertainment acoustics with Altec Lansing. Improving on the Shearer Horn System, Hilliard worked with "Jim" Lansing and "Blackie" Blackburn to develop the most famous loudspeaker system of the 20th century: the Voice of the Theatre (VOTT). Arriving in the marketplace in 1945, it offered better coherence and clarity at high power levels. The Academy of Motion Picture Arts and Sciences immediately began testing its sonic characteristics; they made it the film house industry standard in 1955. Production of the long-lived VOTT continued into the 1990s.

In 1946, Hilliard took over as Vice President of Engineering due to James B. Lansing's leaving Altec to start a new enterprise which would become . Hilliard remained VP Engineering at Altec until 1960 during which time he supervised the development of sectoral horns, significant reductions in the size of the condenser microphone, many amplifier and crossover designs and a major reworking and improvement of the Altec 604, the well-known high-fidelity coaxial loudspeaker driver originally designed by George Carrington, Sr., who was President of Altec Lansing at the time [Personal letter from the late Alvis A. Ward, former President and Chairman of the Board, Altec Corporation, to Todd W. White, 1990.]

As Chief Engineer at Altec, Hilliard joined the Hollywood section of the Sapphire Group, a regular social gathering of sound recordists (and a precursor to the .) In 1948, Hilliard was elected to chair the Sapphire Group Recording Standards Committee. He made certain, along with the Motion Picture Research Council, that proposed industry standards were forwarded to members of (NAB), (IRE), (ASA) and (RMA). [ [http://www.aes.org/aeshc/pdf/how.the.aes.began/callen_hollywood-sapphire-group.pdf Robert J. Callen. "Hollywood Sapphire Group"] ] Hilliard helped form the Los Angeles section of the Audio Engineering Society in 1951.

In 1960, Hilliard became director of the (LTV) Western Research Center where he widened his scope of research to include the study of sonic booms, missile launch noise, atmospheric noise refraction, highway noise mitigation, hearing conservation and gun silencing. He helped develop an air-driven noise generator that produced 10,000 acoustic watts and was driven by a 300 HP diesel engine. He helped NASA with voice communication equipment including long lines between Cape Canaveral and Houston as well as assisting the Air Force with their worldwide telephone system. He worked on military listening systems. In 1968, Hilliard retired from regular employment at LTV, continuing to work with LTV as a consultant but in the same manner as if he hadn't retired. In the early '70s, Hilliard directed the hearing conservation program at Bio-Medical Engineering Corporation. He founded J.K.Hilliard and Associates in the mid-1970s, performing architectural acoustic analysis and creating the standards for 's multi-family housing construction acoustic design policies, significantly influencing interior and exterior noise-control standards for homeowners across the . Hilliard ceased consulting in 1985 and died in 1989.