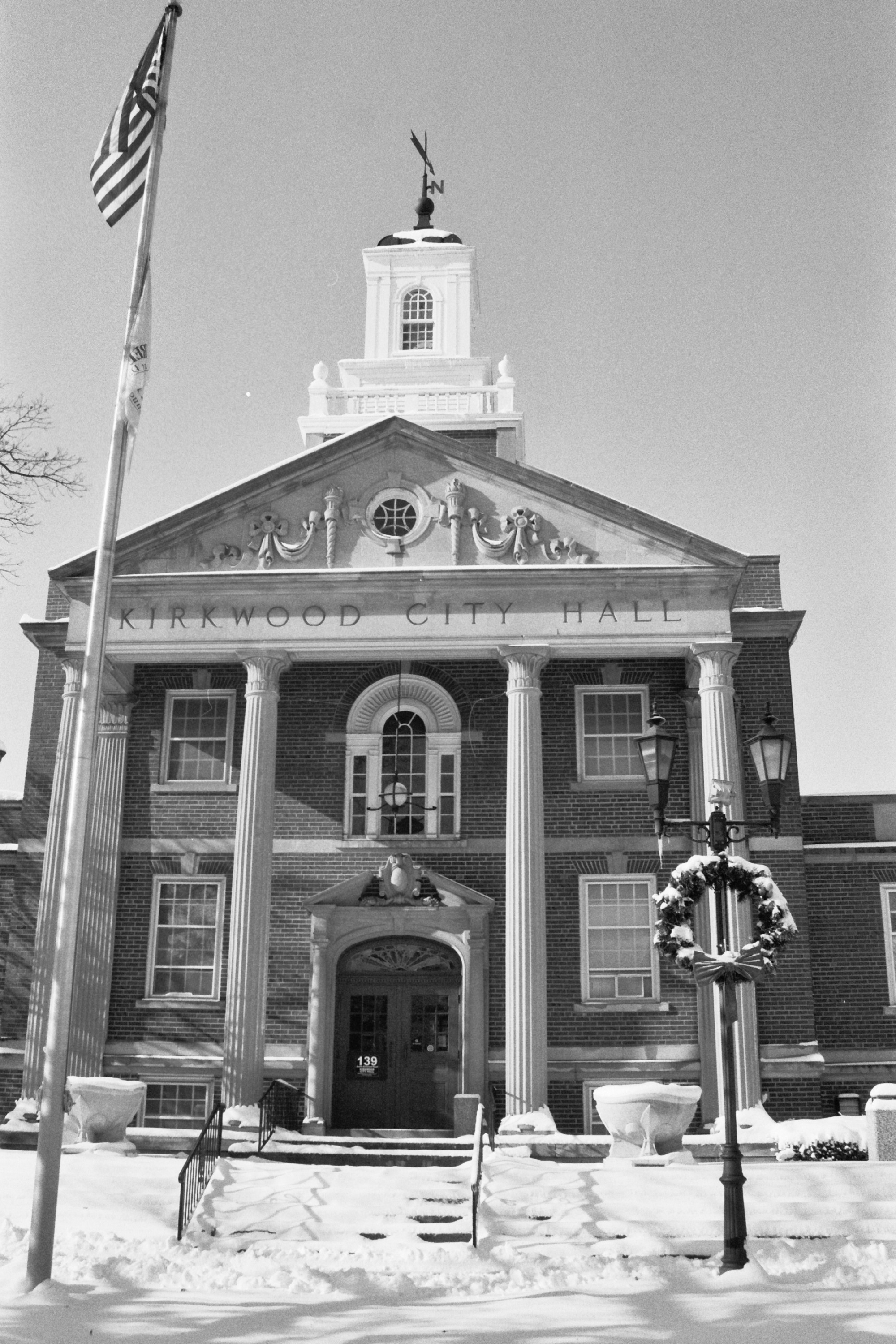 Kirkwood is a city in St. Louis County, , in the . As of 2006, the city population was 26,936 [http://factfinder.census.gov/servlet/GCTTable?_bm=y&-geo_id=04000US29&-_box_head_nbr=GCT-T1-R&-ds_name=PEP_2006_EST&-_lang=en&-format=ST-9S&-_sse=on United States Census Estimates 2006] . The city was founded in and is named after James Pugh Kirkwood, builder of the through that town. It was the first planned suburb located west of the . [http://www.explorestlouis.com/newsReleases/neighborhoods.asp?NrType=2] [ [http://www.ci.kirkwood.mo.us/history.htm The City Of Kirkwood - History ] ]

Plans for a new community close to St. Louis began following the and the 1849 outbreak that had killed a tenth of the residents of .

Hiram W. Leffingwell and Richard Smith Elliott bought land 14 miles from downtown in 1850 at about the same time was laying out a route for the . When the railroad reached the community in 1853 they sold lots for the Kirkwood Association. Other Leffingwell developments were to include the construction of Grand Avenue and the establishment of . [ [http://www.explorestlouis.com/media/factSheets/fact_kirkwoodNeigh.asp Kirkwood Neighborhood - St. Louis Convention and Visitors Center] ]

The original town plat including blocks and families could be a block estate of five acres. Deed restrictions prohibited industrial development.

The train station of style was built in 1893. It is now on the and is a symbol of the town. It is the only stop on in the Missouri metropolitan area outside of St. Louis.

In 1895 the Meramec Highlands resort on the bluffs above the .

Among the five buildings on the National Register of Historic Places is a house in Ebsworth Park Foundation.

However, Kirkwood has been the site of two sensational crimes in less than 13 months throughout 2007 and 2008.

On , , was arrested for abducting 13-year-old William "Ben" Ownby. Police investigating the case discovered Shawn Hornbeck living at his house. Hornbeck was 11 when he was missing in 2002 and the had been set up to find him.