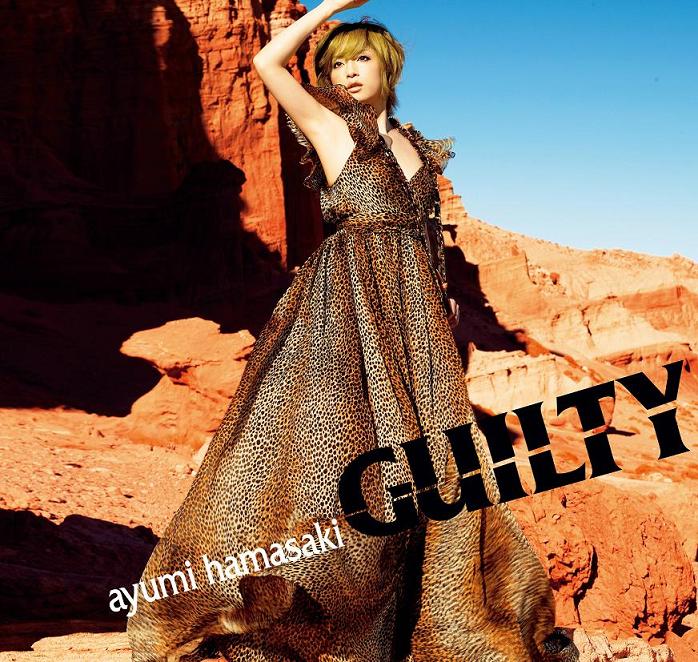 "Guilty" is the ninth studio album (tenth overall) by Japanese pop singer-songwriter , released by on , in . Hamasaki herself wrote all lyrics of the album which went to sell over 400,000 copies its first two weeks release period. It reached #7 on the United World Chart in its first week of release and climbed to #3 in its 2nd week. Two weeks after its release Avex announced over 750,000 copies of "Guilty" have been shipped to stores. [ [http://www.ahsforum.com/forum/showthread.php?t=68591 [news+pic ayu back to Japan! - Ayumi Hamasaki Sekai ] ] According to Oricon's 2008 album chart, "Guilty" is the 8th highest selling album by far and the third highest selling album by a female artist behind artists 's "Heart Station" and 's "Kingdom".

"Guilty" sold more than 202,000 copies within its first initial week of release, and the combined totals for the first and second weeks put it at the number-two spot with 432,113 copies sold, with 's "5296" outselling it by 22,488 copies. Even though this is not Hamasaki's lowest first week sale for an original studio album, it is the first original studio album from Hamasaki to not debut at the #1 position in Japan. However, it did debut at #1 in other Asian countries such as and the islands of , , and , with 39.78% of total J-pop sales and 6.7% of total music sales for its' 1st week for the latter.

The album was released in two versions in Taiwan, a CD+DVD and a CD Only version. The first initial copies on sale came with a limited edition photobook. The CD+DVD version included all the music videos from the single "glitter" to the digital single "Together When...", including making-of's. Though the official release date was 2008, the album was released in stores a week early. The album debuted at number two on the G-Music Combo Chart behind boy band Fahrenheit's sophomore album "" but topped the charts on the G-Music J-Pop Chart having 39.78% of all Japanese albums sold in Taiwan. On February 28th, "Guilty" took the #1 position on HMVV HK Chart after 56 days on the chart. [ [http://www.ahsforum.com/forum/showthread.php?p=1352002#post1352002 Guilty #1 at HMVV HK chart - Ayumi Hamasaki Sekai ] ]

Hamasaki's official website announced on March 17, 2008 that "Guilty" will be released digitally in over 26 countries worldwide, a first for any Japanese artist. The album will be digitally released in North America, Oceania, Europe as well as Asian countries where the physical version of the album is already released in Apple iTunes stores. This is officially Hamasaki's first release outside Asia.

In the month of December in 2007, Hamasaki performed live on Japanese TV shows ten times for promotions, [ja icon [http://www.avexnet.or.jp/ayu/jp/schedule/#tv SCHEDULE｜ayumi hamasaki(浜崎あゆみ) official website ] ] mainly with the song "Together When" (its main promotional track). Hamasaki was also featured on the cover of eight different Japanese magazines during the promoting of "Guilty", [ja icon [http://www.avexnet.or.jp/ayu/jp/schedule/#magazine SCHEDULE｜ayumi hamasaki(浜崎あゆみ) official website ] ] such as "Sweet", "Voce", "Bea's Up", "Vivi", "Popteen", "Cawaii", "S Cawaii", and "Tokyo Headline". As of late December in Shibuya, Tokyo, there have been many promotional pictures posted around Shibuya. [ [http://ayu.no/news.php?readmore=589 On buses, Lorries and Promotional billboards] ] [ [http://ayu.no/news.php?readmore=589 ayu.no - Norsk Ayumi Hamasaki forum ] ]