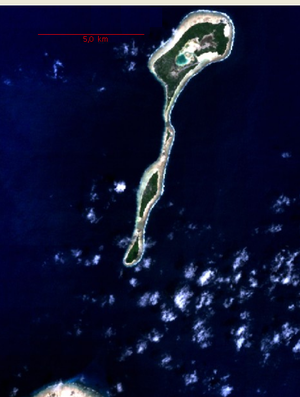 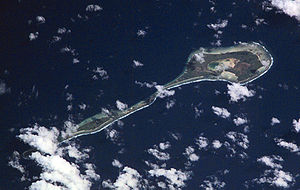 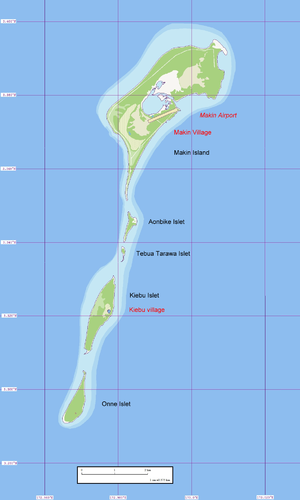 Makin is the name of a chain of islands located in the Pacific Ocean island nation of Kiribati, specifically in the Gilbert Islands.

Makin is located six kilometers northeast of the northeastern corner Butaritari (reef rim) and 6.9 km from the Butaritari islet of Namoka. It is a linear reef feature, 12.3 km long north-south, with five islets, the two larger ones being inhabited (Makin and Kiebu). The third largest, and southermost islet, Onne, is also inhabitable. This string of islands is the northernmost feature of the Gilbert Islands, and the third most northerly in the island nation of Kiribati (only Teraina and Tabuaeran of the Line Islands are more northerly). Makin is not a true atoll, but since the largest and northernmost of the islets, also called Makin, has a nearly landlocked lagoon, 0.3 km² in size and connected to the open sea in the east only through a 15 meter wide channel (with a road bridge over it), it might be considered a degenerate atoll. Kiebu, the second largest islet, has an even smaller, completely landlocked lagoon on its eastern side, with about 80 meters in diameter (making an area of about 0.005 km² or 0.5 hectares) and at distance of 60 meters to the open sea.

Since neighboring Butaritari was called Makin Atoll by the U.S. military, the feature used to be called Makin Meang or Little Makin to distinguish it from the larger atoll. Now that Butaritari has become the preferred name for that larger atoll, speakers tend to drop the qualifier for Makin.

Makin Airport, located immediately northeast of the capital, between the lagoon and the sea, has ICAO code NGMN and IATA code MTK.

The climate is very similar to the one of close-by Butaritari atoll, with lush vegetation and high rainfall. Typical annual rainfall is about 4 m, compared with about 2 m on Tarawa Atoll and 1 m in the far south of Kiribati. Rainfall on Makin is enhanced during an El Niño. 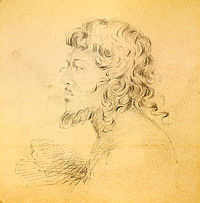 Two ships of the United States Exploring Expedition, USS Peacock (1828) and USS Flying Fish (1838), under the command of Captain Hudson, visited many of the Gilbert Islands (then called the Kingsmill Islands or Kingsmill Group in English). While in the Gilberts, considerable time was devoted to mapping and charting reefs and anchorages.

The United States utilized its Guano Islands Act to make a claim to Makin and Butaritari.[citation needed].

During World War II, the Battle of Makin took place on Makin Atoll (Butaritari) from 20 November to 24 November 1943.

Makin Island is featured in the video game Call of Duty: World at War in the first single player level Semper Fi, and 2 multi-player maps 'Makin' and 'Makin Day.' It also features as a campaign location in the game Medal of Honor: Pacific Assault as 'Makin Atoll.'