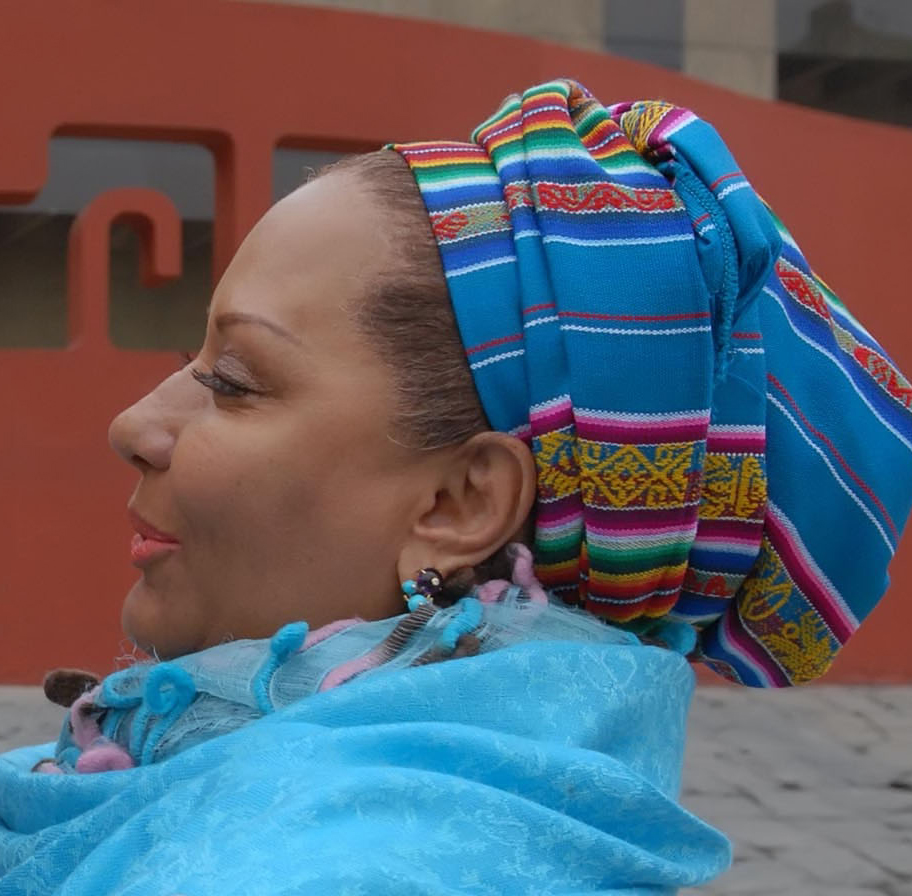 Piedad Esneda Córdoba Ruiz (born , , in , Antioquia) is a n , affiliated to the . She is currently serving as Senator for the period 2006-2010. She is a of African descent and represents these minorities in congress as part of the "" political movement. She is an outspoken critic who has opposed several of the policies implemented by the President .

During 2007, Córdoba participated as an official government in the discussions between the Government of Colombia and the guerrilla group, along with Venezuelan president . After the end of the mediation in November, FARC announced that it would released the hostages Clara Rojas and Consuelo González as a result of Cordóba's and Chávez's previous work..

Córdoba has been judicially denounced for under Colombian law after making controversial declarations against the Colombian government and its president during a political event in in March of 2007, a charge which is currently under investigation by the Supreme Court. She will be investigated for relations with the FARC, as part of the farcpolitics scandal.

Córdoba was born in Condoto Choco of African parents. Her parents are Zabulón Córdoba (brother of political leader of the Department of Chocó ) and Lía Ruiz. She studied at the in Medellín, graduating as a lawyer. Later she specialized in Marketing at the .

Córdoba started her political carrier in Medellin working as a community leader in many neighborhoods along political leader . Between 1984 and 1986 Córdoba was appointed to her first public office job, working as a municipal sub-controller. In 1986, Jaramillo, her mentor is elected and later appointed her as Private Secretary.

In 1988 Córdoba was democratically elected as Councilwoman of Medellín for a period of two years.

In 1990 Cordoba postulated her name as candidate for the but did not get enough votes to become elected. A few months later after the congressional elections Cordoba ran for deputy of the Antioquia Department Assembly, this time getting elected.

After the adopted the new Constitution of 1991, Córdoba ran for congress once again for the Chamber of Representatives for the period 1992-1994. In 1994 her political mentor William Jaramillo announced that he was not going to seek a reelection and Córdoba assumed his role. She was elected to the Senate for the 1994-1998 period receiving most of her votes from the Departments of Antioquia and Choco.

Córdoba became one of the most notorious figures of the Latin American feminist movement in Colombia. She made part of the popular inter-parliamentary group that promotes government policies on sexuality. In 1995, Córdoba participated in the in , China.

Through congress Córdoba became nationally known due to her common controversial in positions such as the reactivation of the extradition law in 1997 and other positions that were seen as radical and belligerent. In 1998 Córdoba was reelected as senator. She promoted debates focused on minorities and communitarian mothers groups, as well as the resolution of the through talk negotiations.

In 1999 , leader of the paramilitary group (AUC), kidnapped Senator Córdoba. After several weeks she was freed and exiled with her family in . After one year and 2 months in exile and reports by Colombian authorities that security had improved, Cordoba returned to Colombia, leaving her family back and continue her political duties. She has been victim of two assassination attempts.

In the elections of 2002, the regions where Córdoba had traditionally received strong voting results like Medellín, Choco and Cauca were being coerced by the AUC paramilitary group. Despite this Cordoba was elected once again for congress this time also obtaining strong voting results in the capital, .

;Corruption debates and lost of seat in Congress

In 2003, once again in congress Córdoba was involved in debates on corruption promoted by the minister of the Interior and Justice, . After this debate in May, her positive image increased and was elected with the highest turnout ever in that party as (head of the Colombia liberal party).

In 2005, the Council of State of Colombia modified the electoral results of 2002 after proving there had been an electoral fraud in Valle del Cauca and Atlántico. The new results left Córdoba out of congress. She then promoted the leftist radical wing of the Colombian Liberal party in order to prevent it from moving towards the political current of President .

For this reason she founded the "" political movement as an internal dissidence of the Liberal party. In the legislative elections of 2006 Córdoba's political movement did not get a high voting turnout; however, she was elected once again to the senate.

On , , Córdoba assisted a symposium in called "Los Partidos Políticos y una Nueva Ciudad" (Political parties and a new city) which was said by the colombian government to be supported by guerrilla groups from Colombia, the (FARC) and the National Liberation Army (ELN), both considered terrorist organizations by the US government and the European Union. Córdoba generated controversy after declaring that "the progressive governments of Latin America should break their diplomatic relations with Colombia" and also that was a "paramilitary". [Élber Gutiérrez Roa, [http://www.semana.com/wf_InfoArticulo.aspx?idArt=101537 Declaraciones de Piedad Córdoba en México profundizan diferencias con el Partido Liberal] , "", March 13, 2007]

On , , President Uribe in a surprising move appointed Córdoba as mediator in the in an effort negotiate the freedom of some 50 (number at the time) hostages held by FARC and the possible release of some 500 guerrillas imprisoned by the government. [ [http://www.analitica.com/mujeranalitica/noticias/3497120.asp es icon Analitica: Colombia: Uribe nombra senadora cercana a Chávez como facilitadora ante FARC] ] Córdoba then asked the to mediate also, with the support of President Uribe.

Córdoba then interned in the jungles of Colombia and met with alias , spokesman and leader of the FARC, to coordinate a meeting with president Chávez in Venezuela. [ [http://www.clarin.com/diario/2007/09/17/elmundo/i-02501.htm es icon Clarín: Las FARC se reúnen en la selva con la mediadora] ] In Venezuela, Chávez and Córdoba met with and among other members of the guerrilla as part of the negotiations. Photos of Cordoba and the guerrillas surfaced in an online website called "Agencia Bolivariana de Prensa" (ABP) which showed Córdoba in an amicable and cordial relationship with the FARC, receiving flowers, kisses and hugs. This generated controversy among the government and other critics. [ [http://www.europapress.es/00407/20071112211642/colombia-revelan-imagenes-encuentro-senadora-colombiana-piedad-cordoba-delegados-farc.html es icon europress.es: senadora colombiana Piedad Córdoba y delegados de las FARC] ] , to which she responded that the photos "were taken out of context" .

On , President Uribe abruptly ended the mediation after Chávez called the high command of the Colombian military. Uribe had conditioned Chávez against any attempt to talk to military high command without going through appropriate diplomatic channels. Chávez initially accepted the decision but afterwards reacted by pulling his ambassador from Bogota, then proceeded to verbally attack Uribe by calling him a "pawn of the empire" and literally cut any contact with the Colombian government, including rejecting calls from the Colombian embassy in Caracas. He decided to stop diplomatic relations between the two countries and even announced his intent to sharply reduce bilateral commerce.. [cite news | first= | last= | pages=1 | title=Escaramuzas Vervales | date=January 26, 2008 | publisher= | url=http://www.semana.com/wf_InfoArticulo.aspx?idArt=109049]

On , , Córdoba accused an unspecified "top Colombian government official", of orchestrating an assassination attempt towards her on Venezuelan soil. This accusation sparked a confrontation with , the Minister of Defense, who had previously been the subject of other allegations made by Córdoba. So far no proof or testimony about the alleged conspiracy is known. [ Santos dice que Piedad lo acusa en voz baja, ella se declara sorprendida, http://www.eltiempo.com/tiempoimpreso/edicionimpresa/politica/2007-12-21/ARTICULO-WEB-NOTA_INTERIOR-3868897.html]

After the end of her official role as a mediator, Córdoba has accused President , the Minister of Defense and the of engaging in military operations or otherwise obstructing announced hostage releases.Mrs Cordoba and President Chavez have been accused of using the the release of Colombian citizens from the FARC as a political maneuver, as well to as improve their images internationally.

On , the Colombian government releases files from the previously killed FARC commander , implicating Córdoba as having friendly ties with the guerrillas. As Teodora de Bolivar, the Senator is mentioned as one of the twelve people of the transitional government, set up by the FARC after they are able to seize power in Colombia. The files would also show she received money from Venezuelan President to set up several social projects in the department. The Colombian Supreme Court immediately asks insight in the files to establish there are reasons for a criminal investigation, but the Colombian government first wanted the files to be supported by . Interpol validated the authenticity of the captured FARC files. [cite news |url=http://news.bbc.co.uk/2/hi/americas/7403685.stm
title= Farc rebel link files 'genuine
date= ] Córdoba claim the revelations are no more than a "smokescreen" to divert attention from the that is severely hurting the current Uribe Administration. [cite news
url=http://colombiareports.com/2008/04/25/computer-raul-reyes-reveals-piedad-cordoba-as-farcopolitician/
title=Piedad Córdoba involved in ‘farcopolitics’, says government
date=
publisher=Colombia Reports
accessdate=2008-04-25] Córdoba met at the Venezuelan presidential palace with FARC leaders last fall. From that meeting the rebels reported that "Piedad says that Chávez has Uribe going crazy. He doesn't know what to do. That helps and is ready to help in the swap [hostages in exchange for captured guerrillas] . That she has designated U.S. Congressman for this." With regard to the release of hostage Ingrid Betancourt, the rebels write that on a trip to Argentina Córdoba told the FARC at a meeting in Argentina: "It doesn't matter to me the proposal that Sarkozy has made to free Ingrid. Above all, do not liberate Ingrid." [cite news |url=http://online.wsj.com/article/SB121538827377131117.html
title=FARC's 'Human Rights' Friends
date= ]