Missouri City is a city in Clay County, Missouri, United States. The population was 295 at the 2000 census. 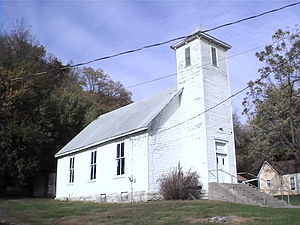 Missouri City was originally named Atchison. The earliest known use of the name was on a deed to a building from 1820. The land was possessed by French fur traders Antoine Laffond and Bernard Laffond as early as January 24, 1807. The name had changed to Missouri City by December 5, 1857.[3]

From Encyclopedia of the history of Missouri; A special charter town of about 600 inhabitants on the Missouri River, in Clay County, six miles from Liberty. The Wabash Railroad runs through it. The beginning of the place was in Williams' Landing, and a ferry established by a man named Shrewsbury Williams, at the mouth of Rose's branch, about the year 1834. About 1846 there were a dozen houses in the place and it was called Richfield. Some time later a bar formed opposite the landing and a stock company laid off a town below which they called St. Bernard. Later still another town was laid off and called New Richfield, and not long after another town was laid off and called Atchison. In 1859 St. Bernard, Richfield and Atchison were incorporated as Missouri City. There was at one time a tobacco factory in the place, and a large quantity of hemp was shipped from there. During the Civil War it was the prey of bushwhackers and jayhawkers, and its business was almost entirely destroyed, but since the building of the Wabash Railroad a considerable business has been attracted to it.[4] 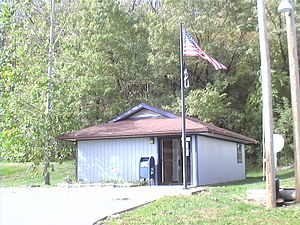 There were 110 households out of which 29.1% had children under the age of 18 living with them, 52.7% were married couples living together, 8.2% had a female householder with no husband present, and 31.8% were non-families. 23.6% of all households were made up of individuals and 7.3% had someone living alone who was 65 years of age or older. The average household size was 2.68 and the average family size was 3.23.