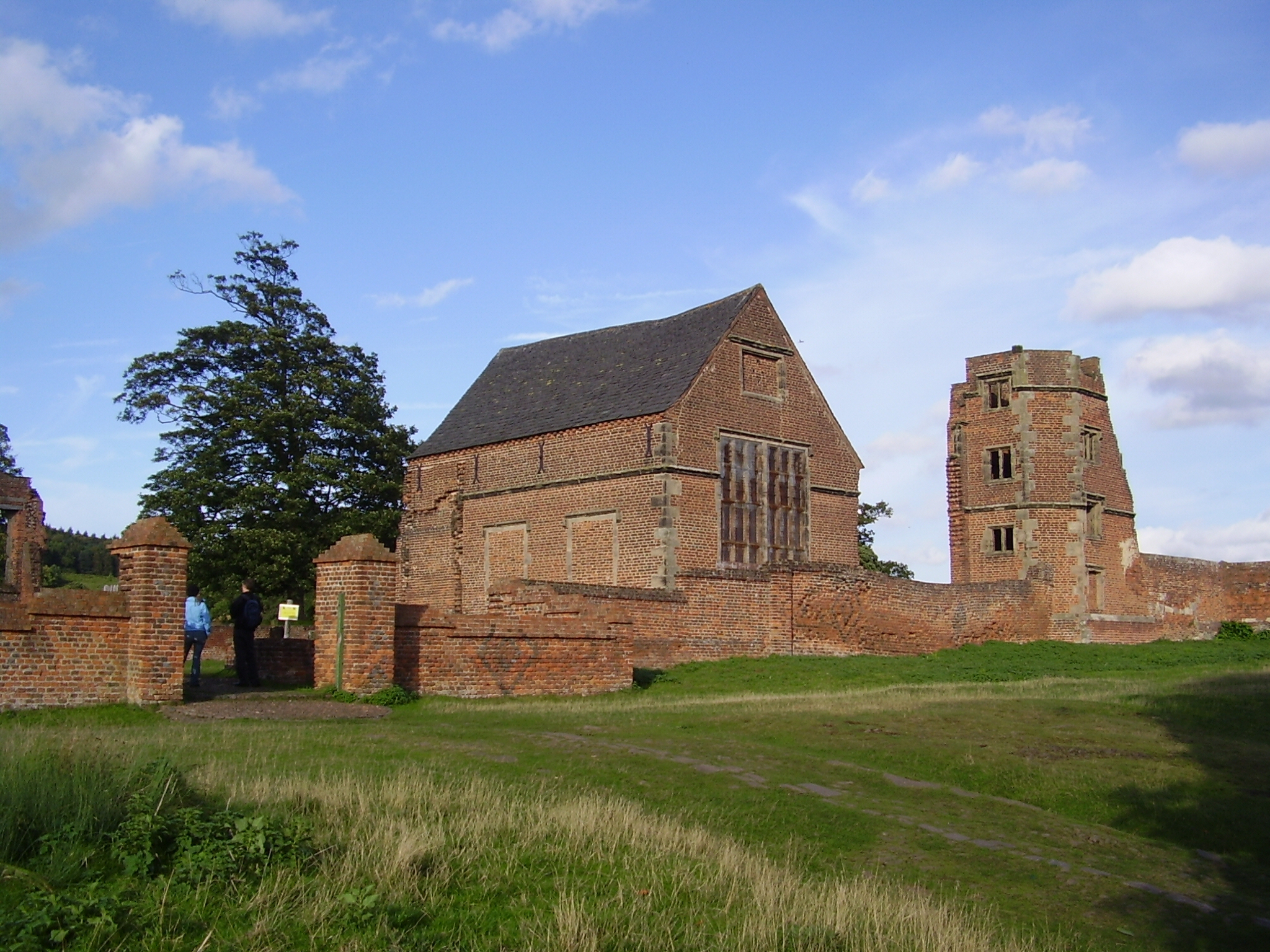 Thomas Grey, second Marquess of Dorset KG KB ( – ), was an English peer, , and , the grandfather of , briefly Queen of England.

Grey was the third son and eventual heir of (c. 1456–1501), at that time England's only , and his wife, , the daughter and heiress of William Bonville, Baron Harington. His mother was in her own right Baroness Harington and Bonville and the richest heiress in England. The first marquess was the eldest son of Queen Elizabeth Woodville, so a stepson of King Edward IV and a half-brother of Edward, Prince of Wales, later King Edward V.

According to some reports, the young Grey attended , , and he is uncertainly said to have been taught (either at the school or else privately tutored) by the future Cardinal Wolsey.

Grey's father was opposed to King Richard III, and after the older Thomas joined Buckingham's failed rebellion of 1483 father and son fled to , joining Henry Tudor.

Among the Queen of England's closest relations, Grey and his younger brothers Leonard and Edward were welcome at court and became courtiers and later soldiers.

Later in 1501, he was 'chief answerer' at the marriage of and and was presented with a diamond and ruby at a court tournament.

From 1509, Dorset was again an active courtier and took part with great distinction in many court tournaments, on one occasion in March 1524 nearly killing the king.

In 1514, with , Dorset escorted Henry VII's daughter Princess Mary Rose to France for her wedding to King Louis XII.

Dorset owned land in sixteen English counties and was a for several of them.

In 1521, Dorset sat in judgment on the Duke of Buckingham, despite being related to him by marriage.

In 1524, Dorset's Leicestershire feud with Lord Hastings turned into a fight between hundreds of men, and Cardinal Wolsey took action.

In 1529, recalling his role as 'chief answerer' at the marriage of , Dorset was a critical witness in favour of Henry VIII's divorce of Catherine of Aragon. He strongly supported the King's contention that Arthur and Catherine's marriage had been consummated.

In 1530, in the final months of his life, he assisted the King in the condemnation of Cardinal Wolsey.

In 1512, Dorset led an unsuccessful English military expedition to France to reconquer , which England had lost during the .

In 1513, he fought at the siege of and the Battle of Guinegate (also known as the "Battle of the Spurs"), and fought again in 1523 in the Scottish borders.

Grey was the son and heir of (c. 1456–1501), and his wife, , daughter and heiress of William Bonville, Baron Harington and of Lady Katherine Neville (1442-1503) and granddaughter of (1407-1462). Cicely Dorset's maternal uncles included (called 'Warwick the Kingmaker'), and George Neville, and , while her aunts had married , , , and . Cecily Grey succeeded her father as Baroness Harington in 1460, and two months later succeeded her great- grandfather William Bonville as . [ [http://www.thepeerage.com/p10756.htm#i107551 Cecily Bonville, Baroness Bonville and Harington] at thepeerage.com (accessed 25 November 2007)] [On Cecily's death in 1530, her son Thomas inherited both of her baronies.] After the death of her first husband, Cecily Dorset married her late husband's first cousin , the younger son of and of , Dorset's aunt. [ [http://www.oxforddnb.com/view/article/70804 Stafford, Henry, earl of Wiltshire (c.1479–1523), nobleman and courtier] by Keith Dockray in "Dictionary of National Biography" online (accessed 26 November 2007)] The younger Thomas Grey's paternal grandparents were Queen Elizabeth Woodville (c. 1437–1492) and her first husband Sir John Grey of Groby (c. 1432-1461), son and heir of Elizabeth Ferrers, Lady Ferrers of Groby,

Through Jacquetta of Luxembourg, Dorset was descended from (1215-1275), the daughter of King John and , and from several other European royal families. [Alison Weir, Britain's Royal Family: A Complete Genealogy (London, The Bodley Head, 1999)]

In the event, the young Thomas Grey's first marriage was to Eleanor St John, a daughter of Oliver St John of ,

Dorset's son Henry succeeded him as Marquess of Dorset, married , a granddaughter of King Henry VII, and in 1551 (on the death of his father-in-law ) become , by way of a new creation.

Dorset's granddaughter was the designated successor of King Edward VI, and for nine days in July 1553 reigned briefly as England's first until ousted by Henry VIII's allegedly illegitimate daughter Mary I.

In 1554, together with Dorset's other surviving sons, Lord John Grey and Lord Thomas Grey, Suffolk took part in against Mary I's marriage to Philip of Spain and in support of Lady Jane Grey.

Dorset died on 10 October 1530, and was buried in the collegiate church at Astley in . When he died he held estates in London and in sixteen counties, amounting to over one hundred manors, and was one of the richest men in England. [Prerogative court of Canterbury, wills, Public Record Office, PROB 11/24, fols. 72v–76r] His grave was opened in the early seventeenth century and measurement of his skeleton suggested a height of 5 feet 8 inches.