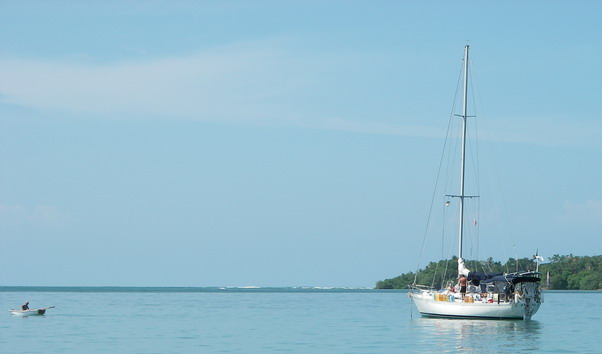 Bocas del Toro is the capital of the nian province of Bocas del Toro. It is city and a world-renowned tourist resort located on the island of in the Bocas del Toro in the off the northwest coast of . It has numerous world-class resorts, many of them specializing in and All Inclusive tourism. Approximately a 20 minute boat ride from the mainland of Bocas Del Toro would transport you to the island, there's also an international airport for air access.

Relatively few Panamanians live on the island, opting for cheaper housing on the mainland of Panama.Fact|date=August 2007 Its white, sandy beaches, ecological parks, diving keys, and , , , , music and dances, shops and both in the zone and the downtown make it a popular tourist destination year-round for tourists from the North, South, Central America, , and alike.Fact|date=August 2007

Access can be either via airline or boat, a 350 minutes drive from the Capital or an 85 minute drive from the nearest city of will take you to a touristic port where boats arrive each 20 minutes constantly, another way involves air traveling, in which you may take a flight of about 75 minutes from the capital's secondary international and regional airport, access from outside the country is provided by some airlines.

Access via air from the is not available directly, however, flights to the city are available with a stop in the capital city of the country and from .