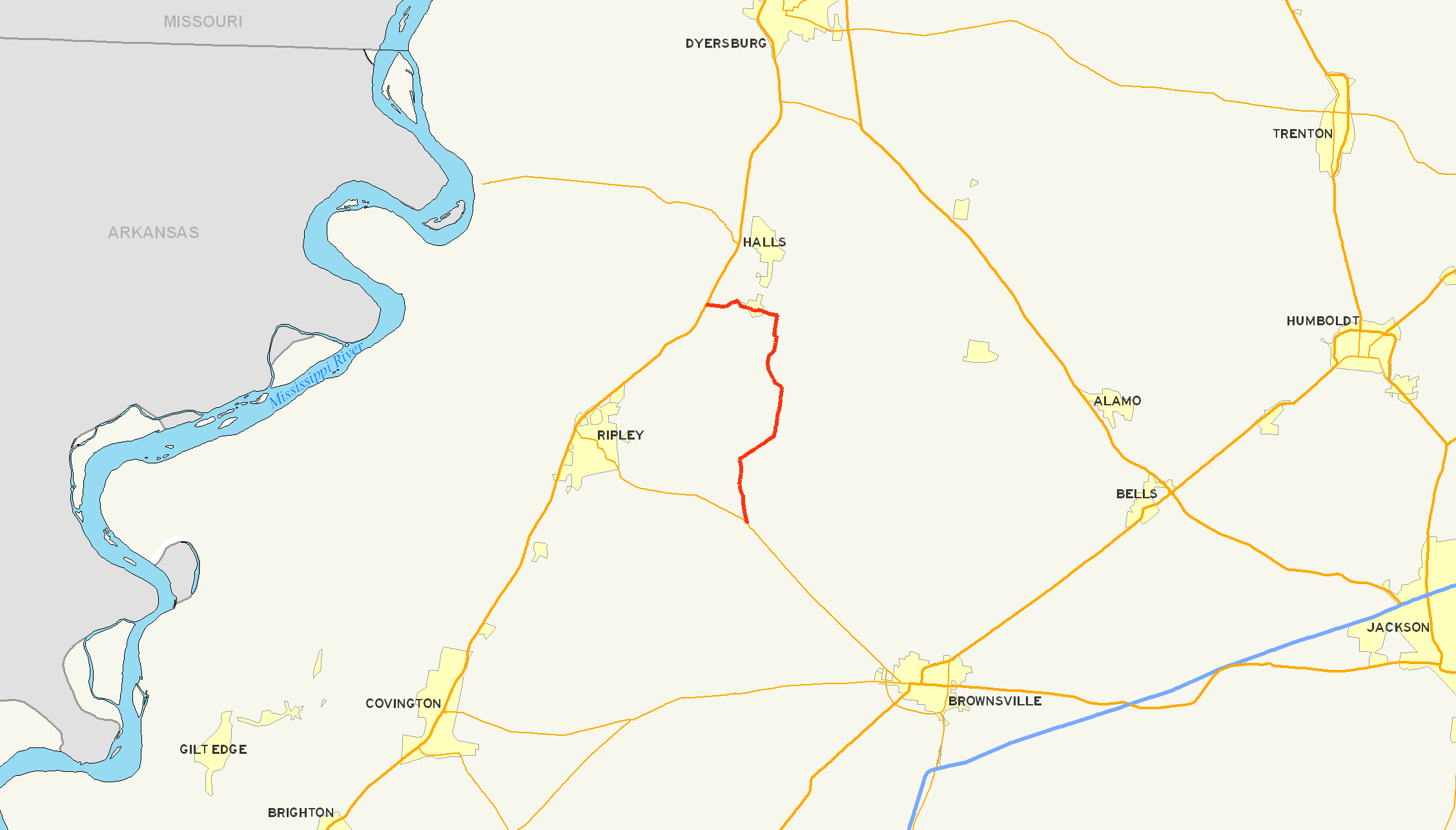 State Route 180 (abbreviated SR 180) is a is a secondary south-north in Haywood and Lauderdale Counties, , .

State Route 180 starts in Nutbush in Haywood County, childhood home of singer , and continues north to Gates in Lauderdale County.

The of and fields dominate the of the area traversed by SR 180.

State Route 180 is located on the southeastern edge of the , an area with a high risk.

State Route 180 traverses the counties (south to north) shown in the table below.

Points of interest along State Route 180 (south to north).

State Route 180 is situated on the southeastern edge of the , an area with a high risk.

In and several with the near New Madrid, caused permanent changes in the course of the in a wide area, including the Mississippi River in .

Trinity United Methodist Church, founded in , is located just south of the southern terminus of SR 180 in Nutbush.

More than 50 Civil War soldiers, both Confederate and Union soldiers, are buried in the Trinity associated with the church.

After the , was the primary means of income for low income families in the area along SR 180. Mostly for the cultivation of , land would be used by in return for a share of the crop to the landowner.

Modern machines like the have made the manual cultivation obsolete over time as they took over the work from the hand laborers.

In , a -processing plant exists in Nutbush at the junction of SR 180 and State Route 19.

Lagoon Creek is run by the (TVA) in Nutbush not far from State Route 180. From eight the power plant generates for the area in times of high demand. [http://www.continentalconst.com/ Continental Construction, Co., Inc.] [http://www.atlaspower.com/ AtlasPower, Inc.]

The early black and white musicians and singers from the Nutbush churches along today's State Route 180 recorded and influenced an international audience.

Nutbush is the birthplace and home community of black and white pioneer musicians and prominent recording artists such as and .

player of is buried in an area cemetery near Nutbush.

spent her in , 7 mi (11 km) northwest of Brownsville, where State Route 180 starts at State Route 19, part of which was named "Tina Turner Highway" in , in honor of the singer.