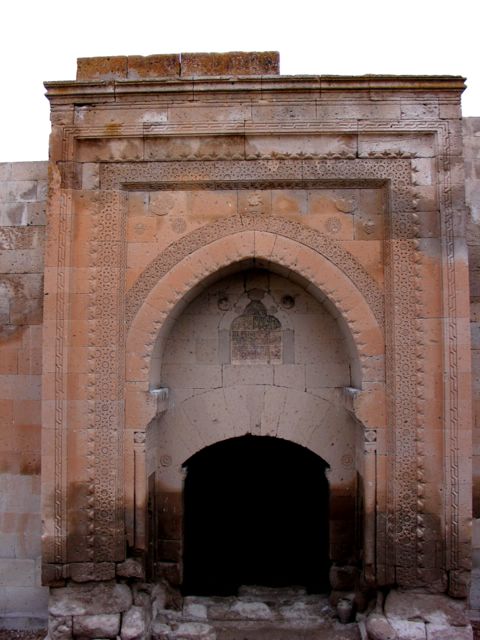 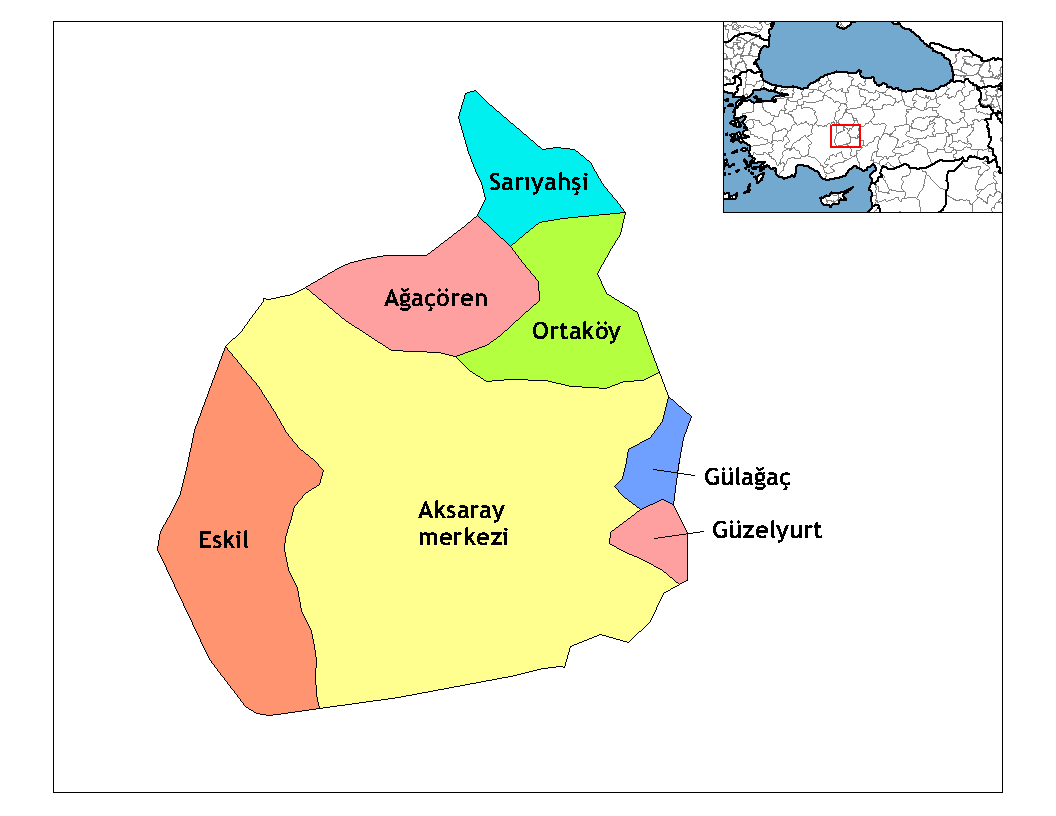 Aksaray is a city in the Central Anatolia region of and the capital district of . According to 2000 census, population of the district is 236,560 of which 129,949 live in the city of Aksaray.

Aksaray region was an important stopover along the that crossed through for centuries and the city of Aksaray has a long history.

The Roman town Garsaura was named Archelaïs by , the last Cappadocian king. The region came under the control of the after the () and the they founded left important landmarks in and around Aksaray. The Arab traveller who was in the region in the 14th century was impressed by the class of Muslim traders that had emerged in Aksaray and noted the urban center as "a beautiful city, surrounded by waterways and gardens, with a water supply coming right to the houses of the city".

Historically, this was never an important city, living on the income generated by its location, situated at the crossroads of two transverse roads: Tarsus-Ankara and Konya-Sivas.

Aksaray was incorporated into the in 1470 by the , and many inhabitants of the city were relocated in , recently captured by the Ottomans, where they were settled in a quarter of the city that came to be named Aksaray.

Today Aksaray is a quiet mid-size city. In recent past, many inhabitants migrated to Britain, and other an for job opportunities.

and the other tourist attractions of are close, but as yet, Aksaray has not been very successful in attracting visitors to the city self. A new attraction in Aksaray city is [http://www.hunkarland.com Hünkarland] , a large with artificial and which has immediately become a popular venue for Aksaray wedding parties.

This is a rich agricultural region producing grains, meat and dairy and many kinds of fruit and vegetables. Therefore the cuisine of the town is of high standard. Well-known dishes include many pastries and other kinds of wheat-based dishes such as:
* a thick filo-pastry, eaten like bread or filled with cheese (or meats and other fillings) and toasted on a hot griddle ("sıkma", "katmer" or "sac böreği" depending on the filling)
* many kinds of local pasta or cous-cous including one stuffed with meat and steamed like ravioli, (called "")
* "" a soup made from a dried mixture of wheat-flour, spices and yoghurt
* "pelte" and sweet of flour, syrup and butter
* "höşmerim", "kaygana" and many other rich sweets, mostly involving butter and flour

Other dishes include soups made with or and a thick floury called "Arabaşı".

* Karamanoğlu Camii - a large mosque in the city centre.
* Eğri Minare (Oblique Minaret) - a ish minaret 1221-1236, built under the rule of Aläettin Keykubat I
* The "high church" - on a steep rock convert|3|km|mi|0|abbr=on from the city.

There are three monumental s in the neighbourhood of Aksaray. The best known is Sultanhanı, located in the village Sultanhan about convert|40|km|mi|0|abbr=on west of Aksaray. This fortified structure was built in 1229 (dated by inscription), during the reign of the sultan , by the Syrian architect Mohammed Bin Havlan El Dimaski (the work Dimasci indicating ) along the trade route from Konya to Aksaray, leading to Persia (the "Uzun Yolu"). After it was partially destroyed by a fire, it was restored and extended in 1278 by the governor Seraceddin Ahmed Kerimeddin bin El Hasan during the reign of the sultan . This monumental caravanserai then became the largest in Turkey. It is one of the best examples of Anatolian Seljuk architecture.

One enters the Sultanhanı in the east through a monumental 13 m high marble gate ("pishtaq") projecting from the fifty-meters wide front wall. The gate is enclosed by a pointed arch decorated with s and a plaiting with elegant geometric patterns. The open courtyard (44 x 58 m) was used in the summer, while the covered ones ("iwans") on both side were used during the winter. In the middle of the open courtyard stands a square stoned kiosk-mosque ("kösk mesçidi"), the oldest example in Turkey. The mosque on the second floor sits on a construction of four carved barrel-vaulted arches. The arcades on both sides of the inner courtyard served as stables and has accommodations above.

At the other side of the courtyard is another arched entrance. It is equally decorated with a muqarnas niche, joggled s and interlocking geometric designs. The central aisle of the covered hall is covered with a barrel vault with transverse ribs. A short tower, capped by a dome, stands over the center of the vault. This dome has an , providing light and air to the hall.