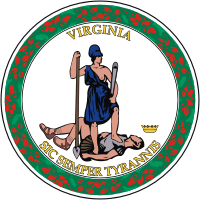 The 35th Battalion of Virginia Cavalry, also known as White's Battalion, White's Rebels and the Comanches, was a Confederate unit during the .

Formed in December 1861 by in , the 35th was initially assigned to border service in that county, aiding the commands of in Leesburg and General in Winchester. When D.H. Hill's command was evacuated from Leesburg to Richmond during the , the 35th was assigned to Jackson, where it took part in his famous . In late 1862 the 35th was briefly put under the control of General .

The 35th was also highly involved in the warfare in Loudoun County. While mustered into the regular army, they were frequently granted extended leave to Loudoun to find forage and new mounts, and while at home often engaged the Federals in the area including their nemesis, the , such as at . In addition, Comanche broke off from the unit and formed an independent guerrilla command that terrorized northwest Loudoun during the later years of the war.

As a part of the brigade of William E. "Grumble" Jones in the , the 35th took part in the in June 1863. During the , the 35th was attached to General and as such was one of the first units to arrive in the town, and fired some of the first shots of that famous battle when they drove Pennsylvania state from the town. Elements of the battalion were among the first Confederate troops to reach the at , before turning westward, where the 35th performed scouting and flank protection duty during the .

Later in 1863, the 35th was re-attached to the famed "Laurel Brigade," serving again directly under General Jones. In April 1865, the battalion was the rearguard as the Army of Northern Virginia retreated up the . Just prior to Gen. Lee's surrender, the 35th served as couriers delivering General Grant's surrender terms. The 35th did not surrender with the rest of the army, but instead returned to Loudoun County and disbanded.