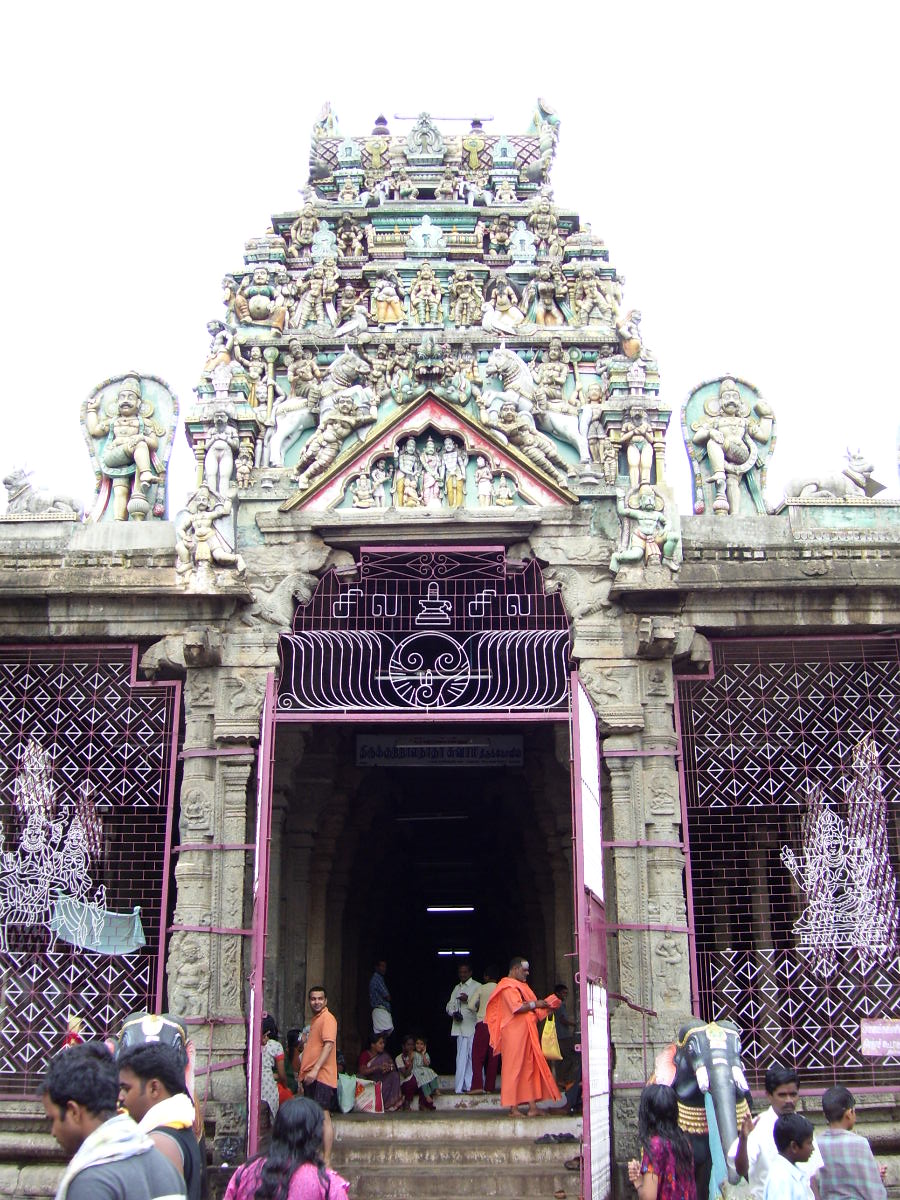 John Herbert Adler (born , ) is a candidate for the and an American Democratic Party , who has served in the State Senate since 1992, where he represents the 6th Legislative District. Adler was Democratic Conference Chair from 2002-03 and Assistant Minority Leader from 1994-2001.

Adler was one of the first elected officials in to endorse for the Democratic presidential nomination in a state where the party establishment supported .

On , , Senator Adler was appointed Co-Chairman of the Joint Legislative Committee on Public School Funding Reform along with Assemblyman .

On , , along with Rep. Bill Pascrell of New Jersey's 8th Congressional District, Sen. Adler formally endorsed Senator John Kerry for President and became the Co-Chairman of John Kerry's campaign in the Garden State. Shortly afterwards on , , and most of the New Jersey Democratic Party came out in support of Former for President. Because of this endorsement for Kerry, and Kerry's decisive win in the Democratic Primary, Senator Adler was rumored as the frontrunner for U.S. Attorney for New Jersey if the Senator from had won the 2004 presidential election.

Adler received a A.B. from in Government, and earned a from .

He currently resides in Cherry Hill with his four sons, Jeffrey, Alexander, Andrew, and Oliver, as well as his wife, Shelley.

In 1990, Adler, then a former Cherry Hill Councilman, challenged incumbent for his seat in ushr|New Jersey|13. Adler was ultimately defeated by Saxton by a wide margin of 60% to 40%. What was then the 13th Congressional District included Burlington, Camden and Ocean, essentially the same counties as the present day 3rd Congressional District. [King, Wayne. [http://query.nytimes.com/gst/fullpage.html?res=9C0CE0DB1730F934A35752C1A966958260 " The 1990 Elections: New Jersey - Congressional Races; Voters Angry, but Not at Incumbents"] , "", , . Accessed , .]

On , , Senator Adler announced that he planned to challenge incumbent Rep. in ushr|New Jersey|3 for a second time. [Hester Jr., Tom (). [http://www.newsday.com/news/local/wire/newjersey/ny-bc-nj--adler-saxton0920sep20,0,641716.story "State Sen. Adler to challenge Saxton for Congress"] , "", , . Accessed , .] On , , Saxton announced that he would not seek reelection in 2008, citing prostate cancer, leaving the seat open in the upcoming congressional elections. [Hernandez, Raymond. [http://www.nytimes.com/2007/11/10/us/politics/10saxton.html?adxnnl=1&adxnnlx=1196572930-whAzTi2tav27hzd9pGVZ3w "Citing Health, Lawmaker Announces Plan to Retire"] , "", , . Accessed , . "Representative Jim Saxton of New Jersey, a Republican who has served in Congress since 1984, said Friday that he would not seek re-election next year because he has prostate cancer."] Senator Adler has been endorsed by the and its Chairman Rep. in late November. John Adler, who ran uncontested through the primaries, will now run against Republican Medford Mayor, former businessman, and veteran Chris Myers. [ [http://www.chrismyersforcongress.com/ About Chris] , . Accessed , .] The only third-party candidate in this race is , who will be running under the "Legalize Marijuana (G.R.I.P.)" Party.

Adler has shown himself to be a formidable candidate, having ten times as much cash on hand as of , , with $1.4 million in cash on hand, compared to Myers' $155,000.

Adler, who has a middle-class background, has been quick to "seize" the initiative concerning the recent financial crises. [ [ http://www.politickernj.com/adlerforcongress/23969/adler-seizes-initiative-economic-crisis] "Adler Seizes Initiative on Economic Crises"] , "", , . Accesssed , .] At an emergency summit in Mt. Laurel, Adler said the economic crisis that exploded this month magnified the importance of middle class taxpayer concerns, and made them Priority No. 1 for the next President and Congress. Adler said. "We will never get this economy back on the right track without electing those who offer fresh ideas, a new perspective to long-running problems and a break from the poisonous, bitter partisanship that stands in the way of progress on so many issues."

Thus far, Adler has received all of the statewide endorsements for the election, including those from the Teamsters, Fraternal Order of Police, New Jersey Environmental Federation, The Sierra Club, and Recreational Fishing Alliance, while Myers has received no statewide endorsements. [http://http://www.adlerforcongress.com/node/100 "Adler gets endorsement of Teamsters"] ,Cliff Nolan, a chairman with the Teamsters, explained that union's endorsement of Adler in a statement released by the candidate's campaign Thursday by calling Adler an "advocate for middle-class families and workers rights." In October, the 85,000 member Southern New Jersey Central Labor Council endorsed Adler for congress, citing his commitment to “labor’s working family agenda.” [ [http://www.nj.com/sunbeam/index.ssf?/base/news-4/122353502232390.xml&coll=9 “Labor Council Announces”] , “” , . Accessed , .]

The Democratic Congressional Campaign Committee has committed $1.7 million in ad buys to Adler's campaign [ [http://dccc.org/newsroom/entry/asbury_park_press_national_gop_buys_no_ads_for_myers_in_3rd_district/] ] DCCC Chair Chris Van Hollen mentioned Adler and his strengths on national television during the Democratic National Convention in Denver. [ [http://www.reuters.com/article/pressRelease/idUS37573+27-Aug-2008+PRN20080827] ] Van Hollen said "And we're honored to have some of them with us tonight: from New Jersey's 3rd District, a fighter for the middle class, state Senator John Adler." Van Hollen has also assisted Adler with a fundraiser in New Jersey. According to Myers' campaign manager Chris Russell, the NRCC has committed $84,200 in coordinated ad buys with the Myers campaign - the maximum allowed by law. This comes on top of help the NRCC gave in financing an internal poll in September with the Myers campaign. [ [http://www.app.com/apps/pbcs.dll/article?AID=2008809130344] ] .

* Adler was co-sponsor of the New Jersey Smoke-Free Air Act, enacted in 2006, which banned smoking in almost all public places, excluding casinos. [Gurney, Kaitlin. [http://www.accessmylibrary.com/coms2/summary_0286-12286347_ITM "N.J. ban on indoor smoking passes: The Assembly sent the bill, with an exemption for casino floors, to Gov. Codey. He is expected to sign it Sunday."] , "", , . Accessed , .] Adler is one of three co-sponsors of a Senate bill submitted in 2008 that would extend the smoking ban to casinos and simulcasting facilities, which had been exempted in the earlier version of the ban. [ [http://www.njleg.state.nj.us/2008/Bills/S0500/236_I1.HTM 213th Legislature: S236] , . Accessed , .]
* Adler co-sponsored legislation that strips government pensions from public employees who are convicted of or plead guilty to corruption charges. [Della Santi, Angela via the "". [http://www.phillyburbs.com/pb-dyn/news/104-08122007-1391655.html "Convicted N.J. pols stand to lose hefty pensions"] , "", , . Accessed , . "'This is the cornerstone of the Legislature's anti-corruption legislation, which aims to make clear to prospective wrongdoers that there will be serious penalties for public corruption,' said Sen. John Adler, who co-sponsored the measure."] .
*Adler co-sponsored a bill that would expand voting rights for military personnel and New Jersey citizens overseas to include state and local elections. The bill was signed into law on , by Governor Corzine. [Staff. [http://www.capemaycountyherald.com/article/33349-governor-signs-legislation-allowing-deployed-troops-vote-state-races "Governor Signs Legislation Allowing Deployed Troops to Vote in State Races"] , "", , . Accessed , .]

Non-partisan political analyst Stuart Rothenberg rates the Adler-Myers race as a toss-up that tilts slightly Democratic [ [http://rothenbergpoliticalreport.blogspot.com/2008/09/2008-house-ratings_30.html] ] , stating that the district, which is trending Democratic, represents one of the “toughest holds” in the country for Republicans. [ [http://rothenbergpoliticalreport.blogspot.com/2008/09/nrccs-spending-points-to-potential-hot.html “Rothenberg Political Report”] “Rothenberg Report”. . . Accessed , ] Other political analysts, such as Charlie Cook and Larry Sabato, have ranked the race as "Toss-Up" or "No Clear Favorite" - lining up with recent poll data. [ [http://www.cookpolitical.com/charts/house/competitive.php] ] [ [http://www.centerforpolitics.org/crystalball/2008/house/?state=NJ] ] .The Pindell Report, from politickernj.com, lists Adler as favored over Myers in this race with the rating “Leans Dem.” [http://www.politicker.com/pindell-report/house “Pindell Report-House Races”] , “” , . Accessed , . ] Meanwhile, non-partisan political analyst Reid Wilson writes that Adler’s “financial advantage over Republican Chris Myers is probably big enough to capture the seat.” The first public poll in the race, commissioned by The Press of Atlantic City and The Richard Stockton College of New Jersey, shows Myers with 38.5% to Adler's 37.1%, with 22% of voters undecided. [ [http://www.pressofatlanticcity.com/186/story/270066.html] ] .

* In September 2008, Adler was criticized for holding stock in , a primary polluter of . This is seen as hypocritical, as Adler calls himself a champion of the environment. [ [http://www.pressofatlanticcity.com/183/story/266348.html] ] .

* In September 2008, it was revealed that Adler holds stock in , a company linked to the actions of genocide in Darfur, Sudan. Adler voted to divest New Jersey state funds from Sudanese interests, but did not remove his own finances from Petro China - thus prompting his opponent to bring the issue into public [ [http://www.pressofatlanticcity.com/183/story/266348.html] ] . Adler has not said whether or not he will divest his Petro China stock after these allegations.

Each of the forty districts in the New Jersey Legislature has one representative in the and two members in the . The other representatives from the 6th Legislative District for the 2008-2009 legislative session are:
*Assemblyman (D), and
*Assemblywoman (D)