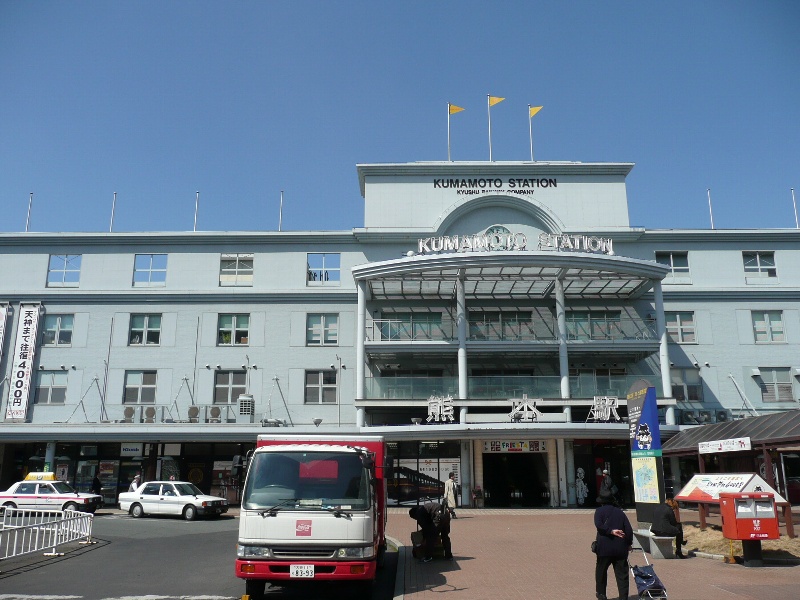 operator=
bus=
nihongo|Kumamoto Station|熊本駅|Kumamoto-eki is the central railway station of the city of Kumamoto, , . It is operated by .

In front of the station is a of the tram operated by named Kumamoto-Ekimae Station.

The station, one of the key stations of the railway network in the island of , started operation on , when the extended the railway (later named Kagoshima Main Line) from (then called Takase Station) to this station.

The Hōhi Main Line was opened on , .